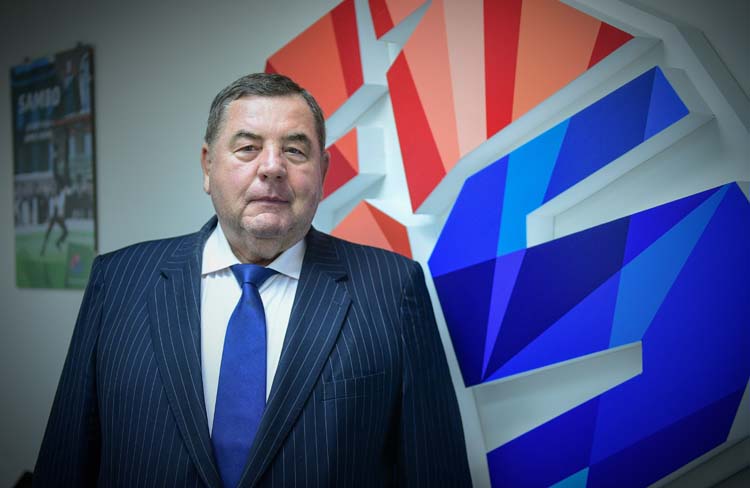 During the International Olympic Committee’s Executive Board meeting held in Tokyo, Japan on 30 November 2018, provisional recognition was granted to the International SAMBO Federation (FIAS) pursuant to Rule 25 of the Olympic Charter. This is provisional recognition for a period up to three years reflects the FIAS’s embrace of the values of the Olympic Charter. A letter with relevant information and congratulations from the President of the IOC, Thomas Bach, today arrived at the FIAS office.

– Today the dream of sambists from all over the world came true – International SAMBO Federation obtained provisional recognition of the International Olympic Committee.

The long-awaited news, which came directly from the Land of the Rising Sun from the meeting of the IOC Executive Committee in Tokyo, became a real Christmas and New Year's gift to the entire sambo community. It is also remarkable that this happened in the year of the 80th anniversary of sambo, two weeks after the birthday of our favorite sport.

It was a long way to Olympic recognition of sambo: in the first World Sambo Championships in Tehran in 1973 athletes from 11 countries took part, last year in the World Championships in Sochi participated 90 countries from five continents.

Currently there are several developing disciplines in sambo - sport sambo for men and women, combat sambo, beach sambo, demonstrational sambo, which proves that this is a truly popular public sport available to almost anyone. Sambo stars such as Fedor Emelianenko and Khabib Nurmagomedov are the idols of millions of people worldwide.

Today we have accomplished the big, and perhaps the most difficult step forward. But there is still a lot of work ahead. The next step is to get the permanent IOC recognition and then to be included in the program of the Olympic Games. I'm sure we can handle it!

Once again I congratulate the sambists from all over the world. Together we made sambo Olympic!

The letter from the IOC President Thomas Bach 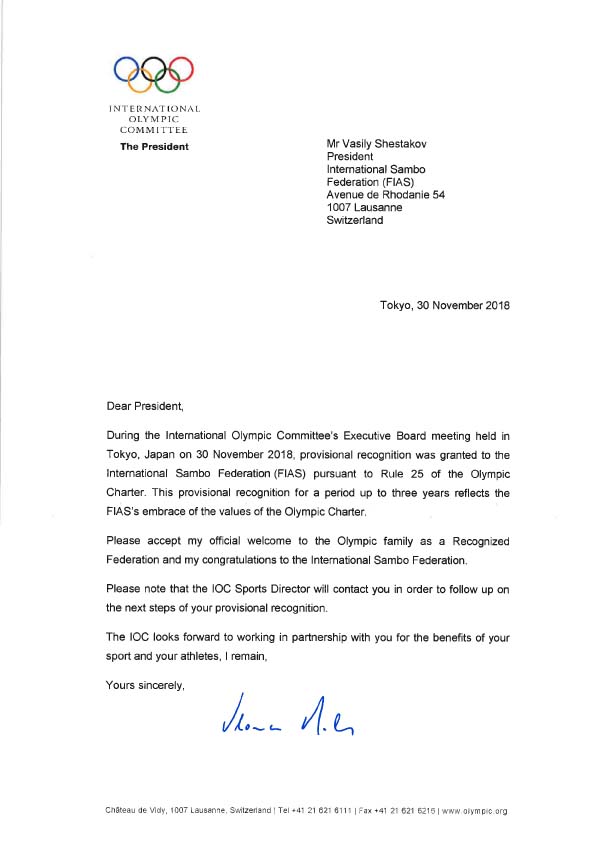