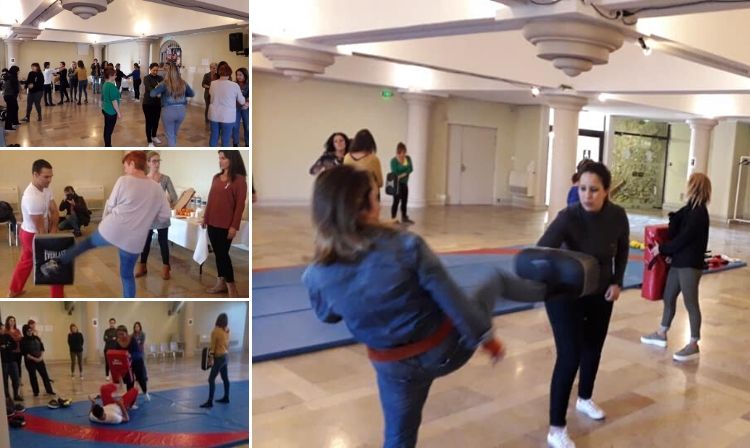 As part of the International Day for the Elimination of Violence against Women, a training seminar on self-defense was held in the French commune of Sète (Herault department).

The classes that were given by the Vice-President of the French SAMBO Committee, coach of the French SAMBO team Guillaume Alberti, was attended by 20 representatives of fair sex. During the two-hour training, the instructor shared his sports experience, helped the attendees acquire first skills in safe falling, practice some self-defense techniques and, most importantly, make them believe in their own strengths.

'Ability to protect oneself in the event of aggression on the street or in any other place is absolutely necessary for every person, especially for women. This can save not only one's health but also one's life,' stressed Guillaume Alberti.

Staged as part of the International Day for the Elimination of Violence against Women, this seminar was the first in a series of four classes that will be given a short while later in the cities of Sète, Montpellier and Poussan.