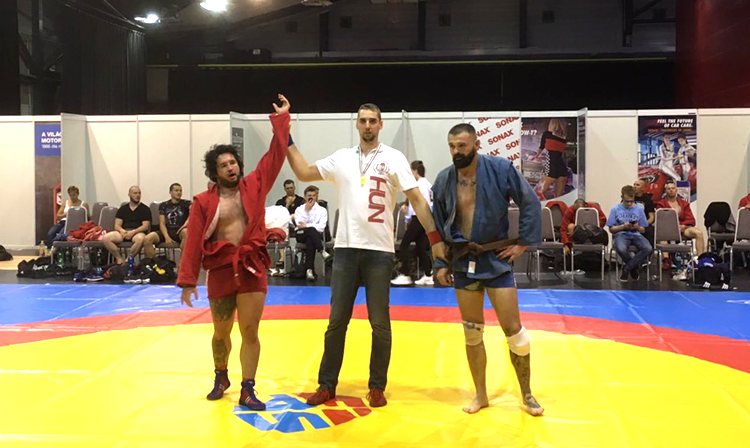 Timed to coincide with the 10th Anniversary of the Hungarian SAMBO, Budapest International Grand Prix was held in Hungary for the first time ever. The tournament organized by the national SAMBO federation of the country, took place on May 26 at the MOM Sports Complex and became part of a multisport competition. At the grounds next to the sambists, the European Bodybuilding Championship was being held, and this generated additional interest of spectators and draw attention of the media to SAMBO.

'We enjoy multisport competitions, due to them more people can learn about SAMBO. We were gratified to receive an invitation to hold our Grand Prix along with the Bodybuilding Championship,' stated Marta Orsholya, Secretary General of Hungarian SAMBO Federation. - I want to emphasize that representatives of two foreign SAMBO clubs took part in the very first Hungarian Grand Prix, namely, Kuzury gym-Nitra from Slovakia and Moscow State University Club from Russia. By competing with them, the Hungarian sambists gained additional motivation and obtained new knowledge of SAMBO techniques.

The President of Hungarian SAMBO Federation, Imre Papp, said that the first Grand Prix tournament in Budapest has not been a major event as yet, but the federation has ambitious plans for the future.

'In October this year, we are going to stage the Budapest Open SAMBO Championships for children, schoolchildren, and cadets as part of the Fitparade multisport tournament. This is one of the most significant events in European fitness, and children are the most important group whom we develop SAMBO in Hungary for,' stressed Imre Papp. 'As for the Budapest Grand Prix, we plan to stage it regularly in late January or on the first week of February and to position it as the first international tournament of the year in the SAMBO competition calendar.'