Budapest Grand Prix was held in Hungary for the Second Time 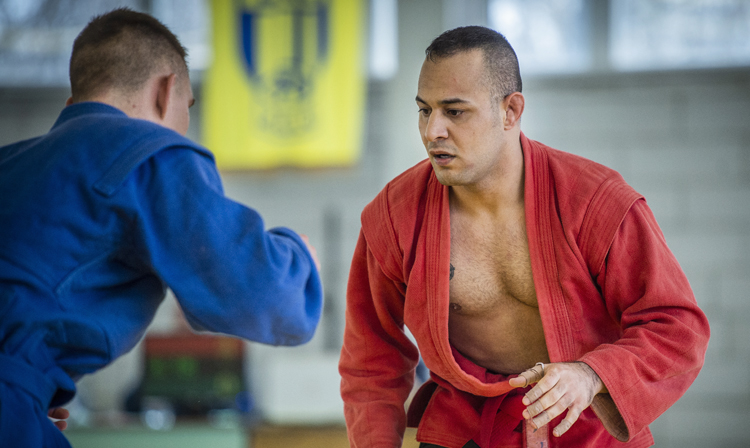 Hungarian SAMBO Federation held the second in the history Budapest Grand Prix. The tournament was held on February 23 and brought together participants from 3 countries. During the day, 36 bouts in Sport SAMBO for men and women, as well as in Combat SAMBO for men took place in the BVSC wrestling hall.

The Grand Prix was one of the first tournaments of the year, and the opening ceremony was remembered by all participants thanks to the performance of the knights in medieval armor, which showed demonstrative sword battles. Sambists from Hungary, Romania and Russia took part in the SAMBO competition.

“It was a great pleasure and honor that they came to Budapest and showed their skills in fights with local athletes. Of course, such tournaments benefit the development of Hungarian Sambo”, Marta Orsolla, Secretary General of the Hungarian Sambo Federation said.

The exchange of experience and skill continued after the end of the Grand Prix. Representative of Moscow State University Igor Kovalevsky held a master class for participants of the competition.

“The past Grand Prix is ​​seriously different from the debut that we had last year. We saw many interesting fights than a year ago. In addition, Hungarian, Romanian and Russian sambists participated in the tournament. I think this is the only true way of development, and I hope that this year even more athletes from different countries will come to the Budapest Grand Prix”, Imre Papp, President of the Hungarian Sambo Federation said.