II Sport Accord Combat Games: one year before the start 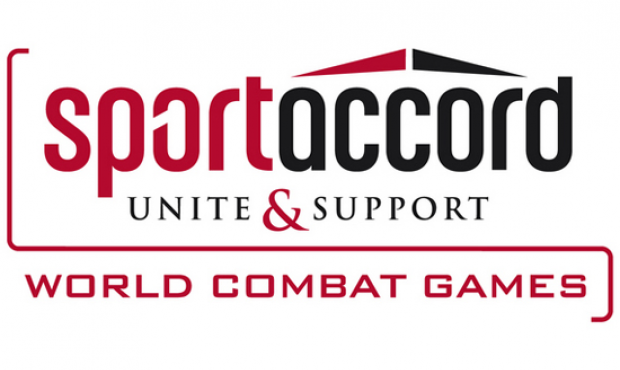 The II edition of SportAccord World Combat Games will take place 18-26 October 2013 in Saint-Petersburg. The Games will feature 15 martial arts and combat sports (including 5 Olympic sports), compared to 11 sports participating in this sporting event held in Beijing. In three years, two new sports, fencing and savate, will be added. This sport event will be held at 4 sporting arenas in Saint-Petersburg - Ice Palace, sports complexes “Yubileyny”, "Petersburgsky" and “Spartak” that will be reconstructed especially for the start of this sporting event. About 1500 athletes from 120 countries worldwide will fight for prestigious medals of these Games.

This will happen only next year, and today the main organisers of the Games - SportAccord, Russian Union of Martial Arts (RUMA), Saint-Petersburg Government and International Federations have a great commitment to make this sporting event even more famous, interesting and unforgettable. That was the purpose of the representatives of all the above mentioned organisations participating in Saint-Petersburg forum held at the start of September to discuss issues of the Combat Sports coverage.

All the participants were introduced to All-Russia State Television and Radio Broadcasting Company “VGTRK” to be the host broadcaster of the SportAccord World Combat Games in 2013. Dmitry Anisimov, Head of the Directorate of sports programming channel “Russia 2″ explained the participants of the forum how they are planning to cover the forthcoming event.

But firstly a few words about VGTRK because the forum also welcomed foreigners who have very little knowledge of the best-known television commentators of the main sports programming channel of Russia - charismatic Dmitry Guberniev and Russian voice of Formula 1 Alexander Popov.

RTR is one of the largest television and radio broadcasting companies and the only state company in the sector. RTR has branches in 76 regions of the country, the holding includes 4 national channels - Russia, Russia-2 (merely sports channel), Culture and Russia 24 (news channel similar to CNN). VGTRK is also an owner of several radio stations and 3 satellite sports channels. At present VGTRK is a partner of IEC and Russian Association of Martial Arts.

One of the greatest achievements of VGTRK was coverage of the World Figure Skating Championship in Moscow. When Moscow was chosen as the replacement venue for the figure skating world championship after the tragedy and threat of more earthquakes in Japan, the Russian company in record-breaking time (within a month) managed to perform all the preparatory work and provided numerous television fans of this sporting event with the successful coverage of the main start of the year of the graceful professional ice-skaters.

VGTRK has already started preparation for SportAccord World Combat Games. There will be no rush preparing for television coverage of the Combat Games like when covering figure skating event. And it is great to hear that, that is why VGTRK has already started making a team of TV professionals - directors, camera operators and film editors. And all other additional services required by TV companies coming to the Games will be provided by VGTRK production center in Saint-Petersburg.

The Games PR-campaign will be headed by the world famous IEC which intends to provide 250 hours broadcasting highlights from 4 arenas, daily summaries, previews and interviews. For the time being, VGTRK announced a preliminary TV schedule for every sport broadcasting that is to be agreed within September with all the International Federations presenting their sports in Saint-Petersburg sporting event. One year prior to the Games IEC plans to launch a monthly TV journal that will highlight news and events in the combat sports family worldwide and preparation for the Games.

In order to succeed in Saint-Petersburg in 2013 it was necessary to have a look back at the year 2010. According to the statistical data, 36 % of all the publications in mass media about the first edition of SportAccord World Combat Games in Beijing were in China, Russia with its 34 % ranked the second. These data prove a great interest of Russian journalists to martial arts and combat sports.

The main challenge that media heads face today is to identify the most successful ways to promote the brand of the future Games, improve their image and attract a lot of attention to the sporting event to be held in Saint-Petersburg. It is planned to increase twofold the number of publications and expand twofold the geography of the countries taking part in the Games coverage.

In the nearest future, the organisers are planning to complete development and adoption of the logo, symbol and pictogram of each sport. The secret of the future logo has already been slightly revealed. It could be a combination of the main logo of the Games with one of Saint-Petersburg symbols - a small ship on top of the Admiralty's golden spire.

In order to attract media attention SportAccord and RUMA are likely to hold an International Forum for journalists that can become a strong drive to promote future Games in media.

It is also scheduled to deliver a presentation of the 2013 Combat Games at Peace and Sport International Forum that is very popular in the world of modern sport.

Traditionally, the Combat Games will also feature an extensive Cultural Programme. It will host the first International Congress “Sports, Human Being and Health”, there will be a museum of martial arts and combat sports open, programme of official delegations will reflect cultural values of every country participating in the Games. The Ambassador Programme will enable spectators and admirers to meet the most famous and widely known stars and celebrities of martial arts and combat sports.

Media meeting held during the Muaythai World Championship taking place in Saint Petersburg that was one of the event testing readiness for the future Games illustrates that all the organisers of the future Games have very high ambitions. Experience, professionalism and strive for success are the things needed to turn the second Games into the "first" ones. The "First" – due to their popularity, beauty and intensity of fighting.