II Sport Accord Combat Games in Saint-Petersburg: Where Sambists are going to Live, Train and Rest 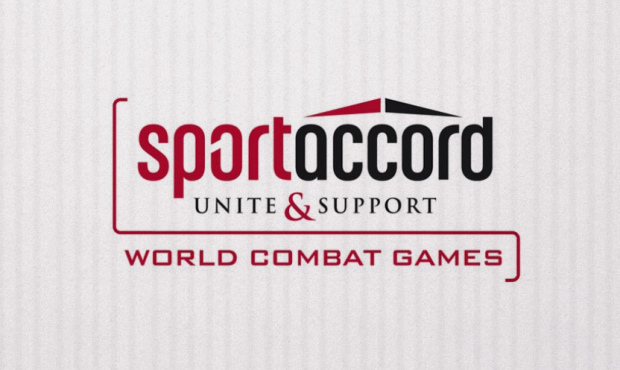 Not long ago we introduced you to the updated statistics of the II Sport Accord Combat Games in our reports. The event will be held on October 18-26 in Saint-Petersburg (Russia). The organisers expect to welcome 2000 sportsmen, aficionados of martial arts and combats, from 150 countries of the world. Television broadcasts of the Games will be organised in 50 countries while the registration of all the willing on the official website of these competitions will begin already on May 1.

All those who participate in the organisation of the martial arts festival gathered in Saint-Petersburg half a year before the beginning of the Games (April 16-19). They were technical delegates from international federations, representatives of Sport Accord, Ministry of Sport of Russia, All-Russia State Television and Radio Broadcasting Company (VGTRK) and IEC IN SPORTS television companies which are going to organise Russian and international broadcasts of the competitions as well as Swiss Timing which is responsible for television graphic and the accreditation system and preparation.

So, let’s start with housing. Sambists at the Sport Accord Combat Games will live at the Pribaltijskaya Park Inn Hotel which is located on the coast of the Gulf of Finland, close to LENEXPO, largest exhibition centre of the northern capital. It is an up-to-date hotel with splendid rooms which have air conditioners, TV-sets, comfortable furniture and unlimited access to the Internet in every room. A part of the rooms overlooks the spectacular view of Saint-Petersburg and the Gulf of Finland.

The organisers of the Games also thought over the energy demands of sportsmen which will be reduced to a minimum as the spacious rooms of the hotel will be transformed into training halls to insure comfort of all the participants of the competitions.

In fact, the Pribaltijskaya Park Inn Hotel is just a 20-minute bus ride from the place where competitions in SAMBO, karate, taekwondo and wu-shu will be held. It is Spartak Basketball Club, a specialised basketball complex. Technical delegates from the international federations who visited Spartak with an inspection had to wear hard hats as the construction of the complex was not terminated yet and the final chapter will be closed only in May.

It is clear even now that the complex will be equipped with all the things which viewers, sportsmen, coaches and journalists expect to see in such places , i.e. convenient parking area, vertical tribunes with great panorama, logistics, impeccable aesthetics and style of all the rooms as well as all the things needed for the work of representatives of the press.

The decision concerning equipping the hall with a unified podium convenient for use for all the types of sport the sportsmen of which will perform at Spartak hall was reached at the meeting in Saint-Petersburg. It is to be recalled that competitions in SAMBO will open the programme of the II Sport Accord Combat Games in this hall and they will start on October 18.

After settling and fighting … it is time to have a rest. Where will it be possible to do during the II Sport Accord Combat Games in Saint-Petersburg? It turns out that it is not far to seek. The Park Inn Pribaltijskaya Hotel offers all the guests to visit Waterville Water Park with waterslides, four pools and a bathing complex.

The organisers who have prepared an ambitious cultural programme of the Games will entertain the guests too. Amateurs of Sport Science will have a chance to visit the VI International Congress “Sport, People, Health”. That's where the elite of Sport Science will present their unique reports with the answer to the question about contribution and place of martial arts and sports combats in the world of modern sport.

It will be possible to find out more about those 15 types of sport which were included in the programme of the unique sports forum at the exhibition which will be held at the Pribaltijskaya Park Inn Hotel. A video and photographic materials, awards and medals, attributes and outfit of each type of sport will be presented there.

In fact, nobody will have troubles with passports and visas at these competitions. Very soon Vladimir Putin, President of Russia, plans to sign a corresponding decree concerning visa-free entrance to Russia for all the participants of the II Sport Accord Combat Games in Saint-Petersburg. Therefore, all the participants will be able to leave their passports at home as it was during the Olympics and Universiades. A special accreditation of the Games will replace their passports.

This is the news that was narrated to us by Sergey Tabakov, Executive Director of the International Sambo Federation and also FIAS delegate at the Games in Saint-Petersburg.

You, our dear readers, can expect from us next pieces of news about the Games coming in October already in a month. It is May 26-31 when Saint-Petersburg will gather all the organisers of the Games within the framework of carrying out the Sport Accord Convention, major international sport event, in Northern Venice or Saint-Petersburg in other words.