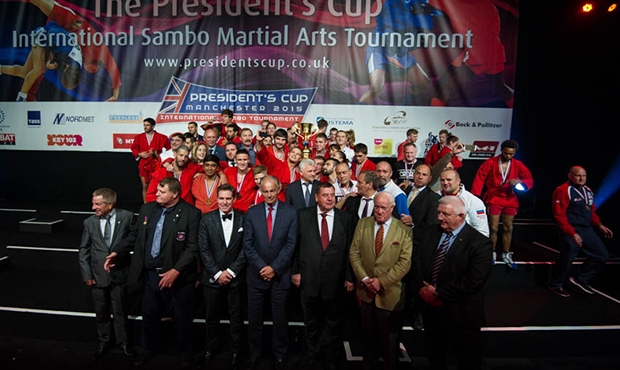 The President’s Sambo Cup in Manchester was a great success today, and most importantly, beautiful and traditional in style, in the format of a real sports show and festival, best described by two words: beauty and friendship. Read all about it in today’s coverage from the industrial capital of the UK. 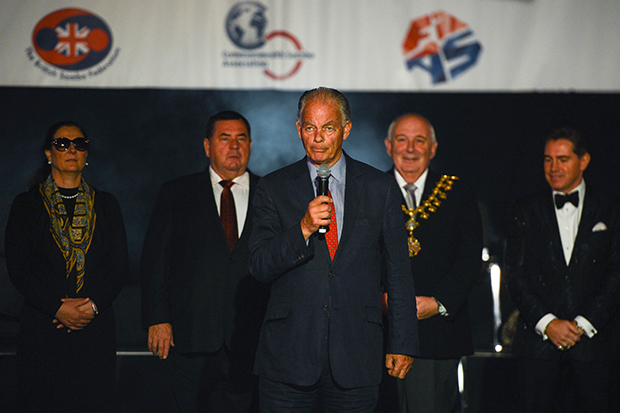 The II President’s Sambo Cup was opened by its initiator, Lord Simon Reading, President of the Commonwealth Sambo Association. He proposed the idea of holding the President’s Cup in the UK at a meeting of the world Sambo community with the Russian President and Honorary President of FIAS in March 2013. The initiative was approved, and in 2015 Manchester is hosting the second tournament in UK history. In his welcoming speech, Lord Reading said: “For the second time, the tournament is gathering the best Sambo wrestlers in Europe, the UK and the Commonwealth. Today, 6 countries will compete for the prestigious trophy, and I’m confident that the tournament will be a gift for all participants - athletes, spectators and visitors alike.” 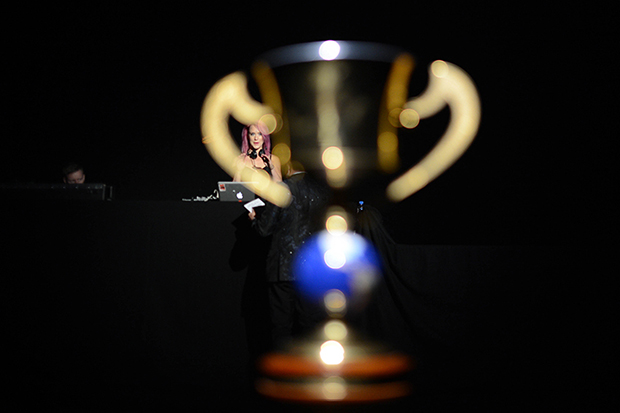 Just before the start of the competition, the organizers surprised spectators and participants with an exciting laser show and a performance by the famous British DJ with the stage name “Liv Knight” aka Elizabeth Knight. Liv Knight, one of the five best DJs in England, has just returned from Las Vegas, where she successfully performed a series of concerts. It should be noted that tickets for the tournament cost 10 pounds and were distributed through online ticket sites and among sports and educational institutions in Manchester. Event City was packed, just like the previous year. And once again, as in 2014, the audience included a lot of Britons of all ages - seniors, teenagers, families with children and middle-aged people. 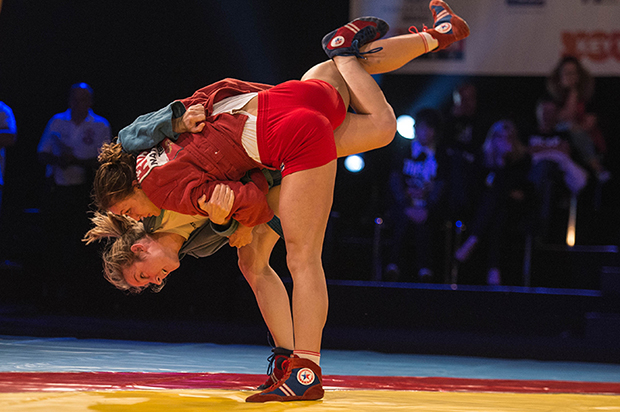 Six teams competed in the II President’s Sambo Cup. The draw “threw” the Russian national team - the winners of last year’s tournament - and the French and Germans into the first subgroup. Teams from the Commonwealth, the UK and Spain made up the second subgroup. As a result of the “round-robin” fighting in each subgroup, the Russians and the Commonwealth team ended up in the final. The Russians won cleanly over the French and Germans. In each encounter, the score disappointed opponents of the founders of Sambo. It was only in the fight against the silver medalist in the European Championship and bronze medalist in the World Championship, Laura Fournier, that two-time world champion Yana Kostenko won her fight with the minimum technical advantage in the last movement with a score of 4:4. The Russians won the remaining fights cleanly and often early. On the way to the final, the Commonwealth team beat the British 7:4 and the Spaniards 5:2. 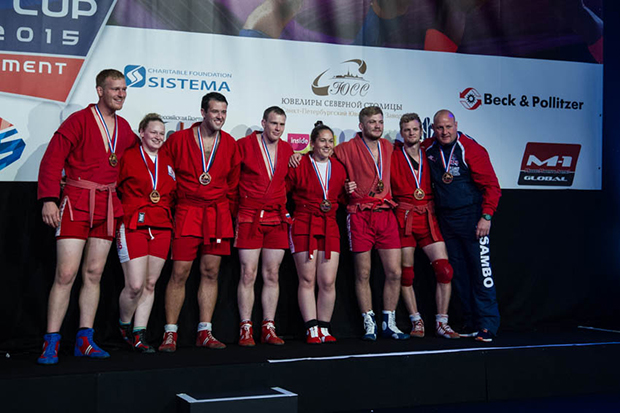 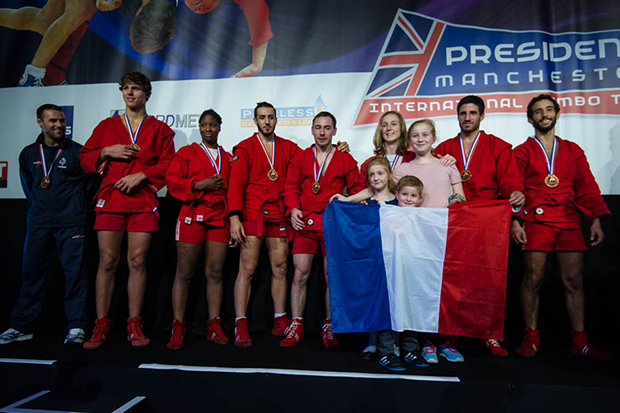 In the battle for the bronze medal of the prestigious cup, the French met the Spaniards, and the British fought against the Germans. As a result of hard fighting, representatives of Mod country and the tournament hosts won the bronze medals in Manchester. They defeated the Spaniards 6:1, and only Jimenez Lopez (68 kg) was able to ruin the shutout bid and beat Cedric Cerutti cleanly with a painful arm lock. Then the British beat the Germans 5:2 in the second semifinal. German national team members Victoria Genze (60 kg) and Svetoslav Popov (68 kg) won their fights in their weight categories. 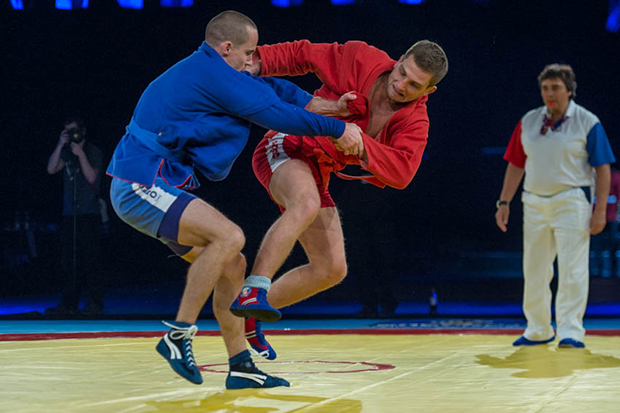 The final was led by the Russians, who dominated in all meetings and usually won early. The most memorable was Arsen Khandzhyan’s “clean throw”, which he made at the start of the fight to defeat Cypriot Nicolas Popadopoulos in only 8 seconds. They came together, clinched and a perfect hip throw quickly ended the fight. Ilya Kokovich (82 kg), who tried a pickup and an over the back throw, delighted us with his fine technique, and surprised us with a lot of very smooth and elegant preparatory actions. Ruslan Bagdasaryan (62 kg) needed only 23 seconds to win with a painful hold, while the other Russians - Azamat Sidakov (74 kg), Ekaterina Onoprienko (68 kg), Yana Kostenko (60 kg) and Nikita Kletskov (68 kg) - won their fights with throws. It’s worth noting that the final of the prestigious tournament was a huge success for the Commonwealth team, and confirmed the rapid development of Sambo in the region. This year, the team included Sambo wrestlers from Canada, Australia, Cyprus and Trinidad and Tobago. 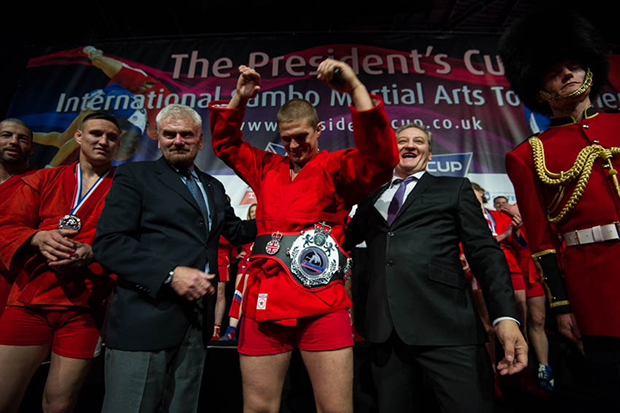 Seven athletes from Mexico, Russia, Nicaragua, the UK, Bulgaria and Trinidad and Tobago competed in the Combat Sambo tournament in the open weight category. Briton Matthew Clempner, medalist of the 2012 World Championship in Sport Sambo, and Russian Mikhail Mokhnatkin, medalist in the same World Championship in Combat Sambo, fought for the championship belt in the tournament final. On the way to his main fight of the day, Mokhnatkin beat his opponent from the semifinal of the 2012 World Championship - Bulgarian Ivan Genko - and the 2015 French champion in Combat Sambo - Sidi Bouarfa. Clempner defeated the 2015 Pan American champion, Nicaraguan Moisés Aaron Frederick, and Mexican Diego Vazquez Montes on the way to the final. 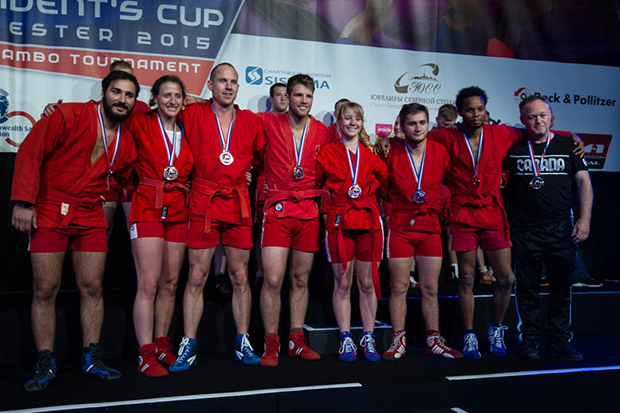 The British were waiting impatiently for final round of Combat Sambo, where Clempner was competing. But Mokhnatkin didn’t give them a chance to enjoy it - a hit and rush following right after it led to a knockout. The championship belt of the first-ever British Combat Sambo Grand Slam went to Russia, like the President’s Cup, which the Russian team will take back home with them tomorrow. 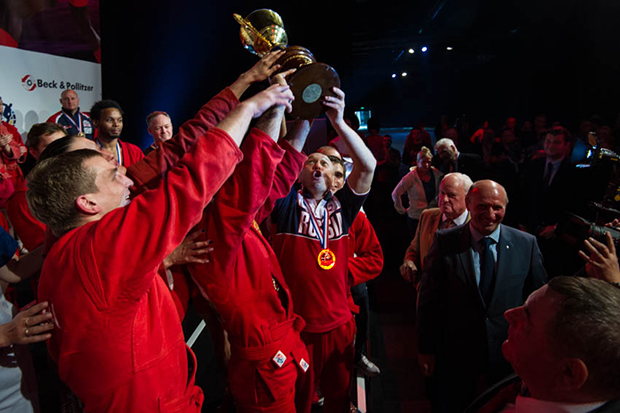 Results of the II President’s Sambo Cup in Manchester: 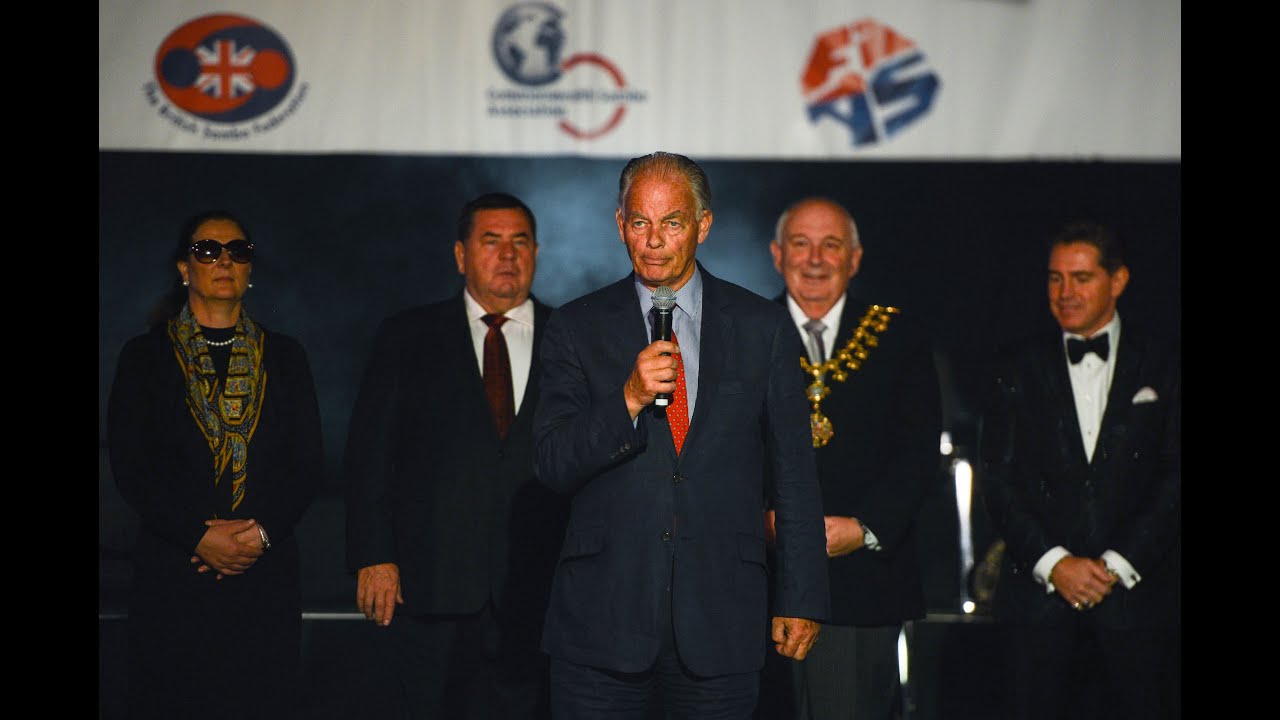 [Photogallery] The President's Cup in Manchester
Share
Blog
Recent photos
Latest news
Recent videos
Latest news
Follow latest news You are subscribed!
Thank you! Your confirmation email has been sent to your email.
This website uses cookies to ensure you get the best experience on our website More info Got it!