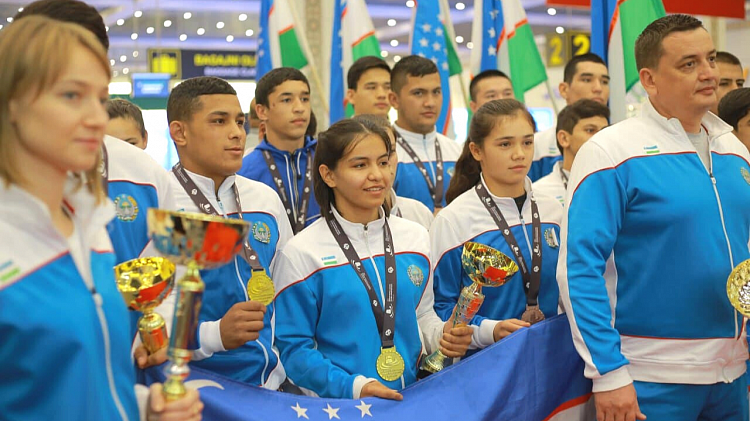 Sambists who achieved historic results at the World Youth and Junior SAMBO Championships in Greek Thessaloniki were solemnly met in Uzbekistan. The national team of Uzbekistan successfully performed at the tournament, having won 6 gold, 3 silver and 8 bronze medals – 17 awards in total. This allowed the team to take second place in the overall team classification. 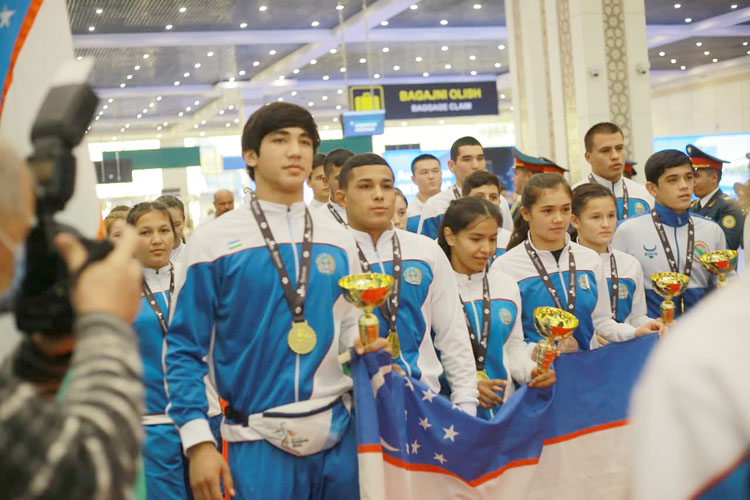 The heroes returned to their homeland on October 19. They were solemnly greeted at the Islam Karimov Tashkent International Airport. The event was attended by officials and the wider sports community. 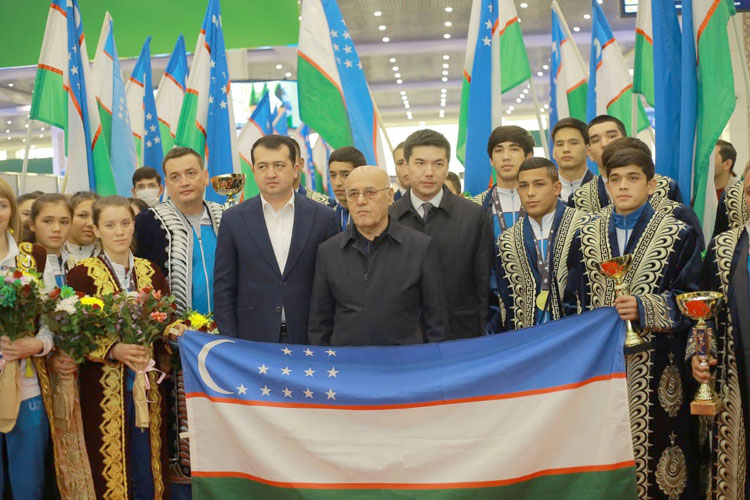 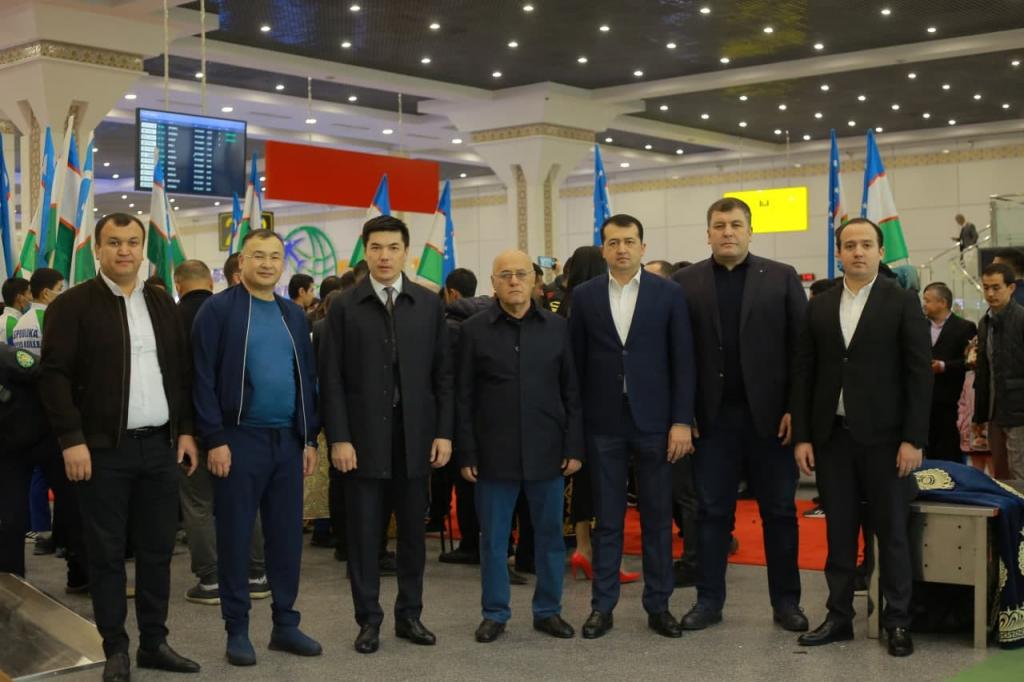 The athletes were greeted by a military band. Then they walked the red carpet, where they were applauded by those present. 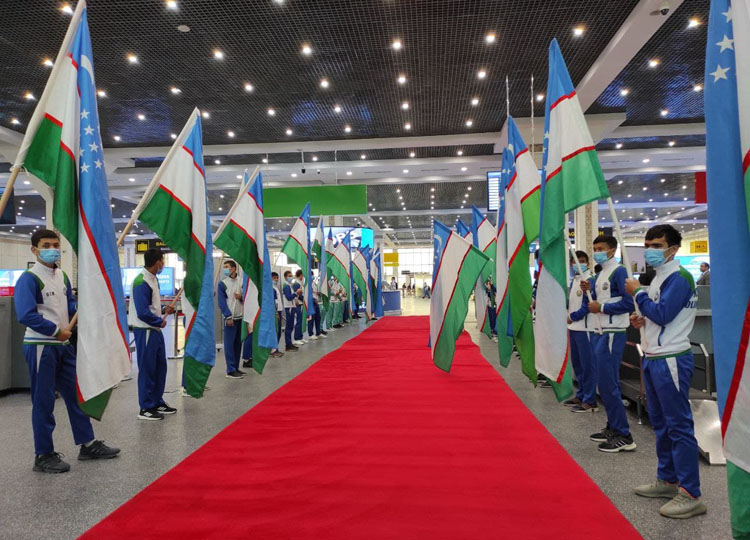 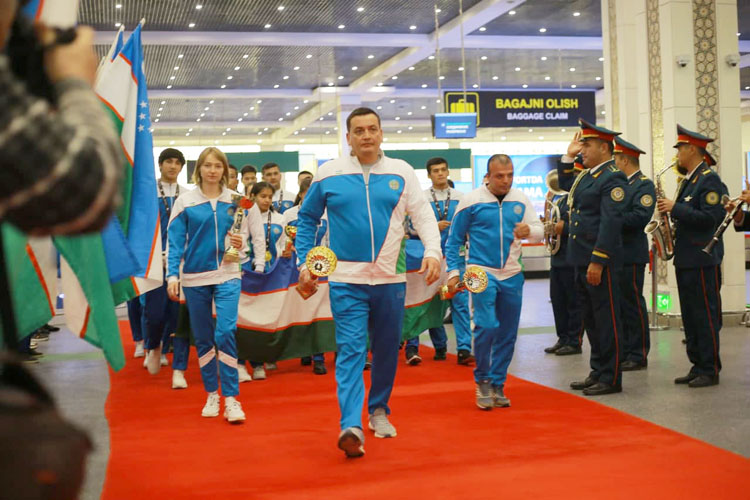 After a solemn meeting at the airport, the sambists went to the Ministry of Tourism and Sports on a specially decorated double-decker bus. Driving along the roads of Tashkent, sambists received greetings from people on the streets of Tashkent and, of course, happily answered them. 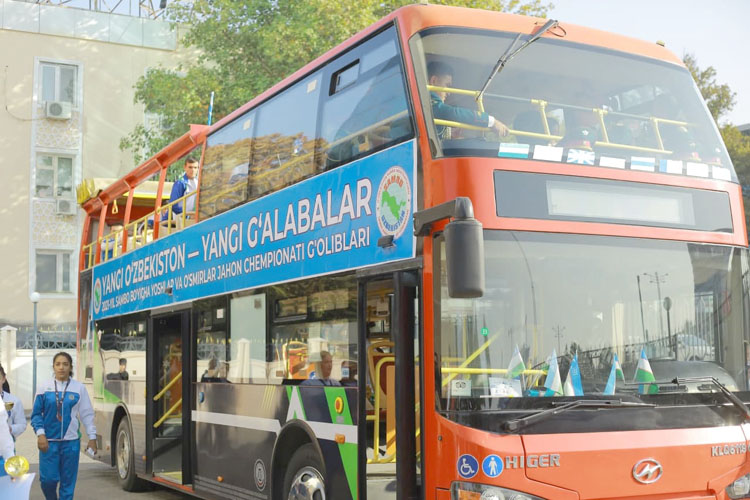 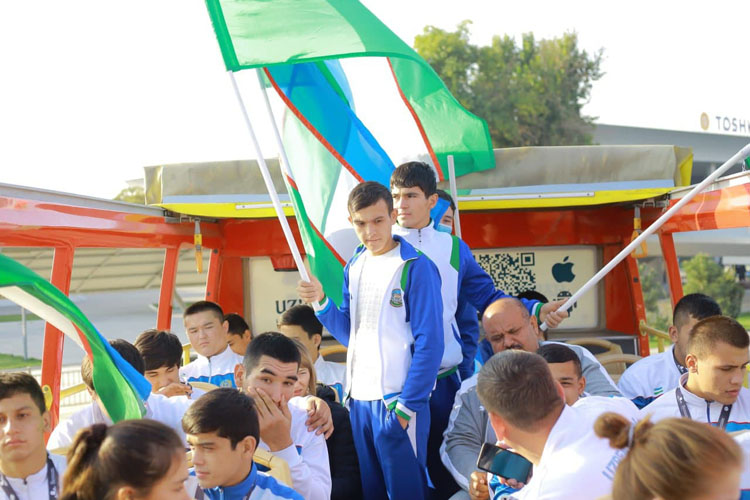 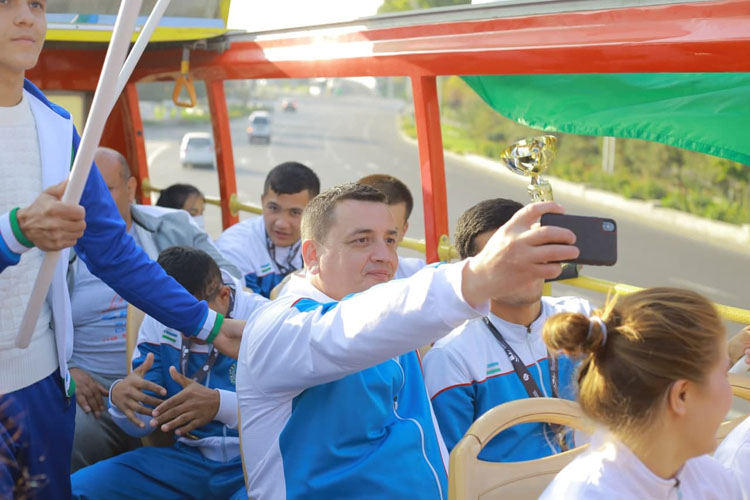 The event continued at the Ministry of Tourism and Sports. During the ceremony, Deputy Minister of Tourism and Sports of Uzbekistan Avaz Karimov and Secretary General of the National Olympic Committee Oybek Kasymov made speeches, who congratulated the sambists on their victory. 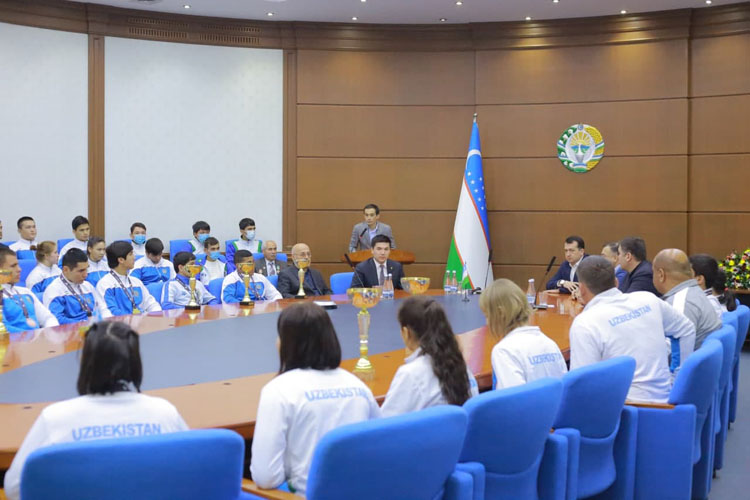 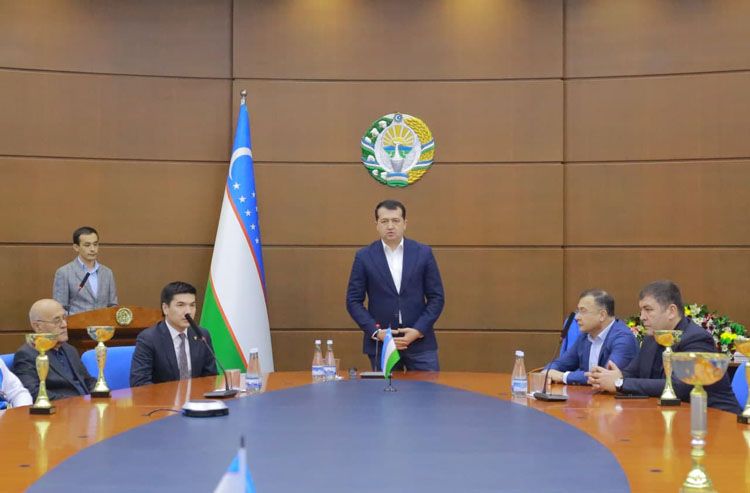 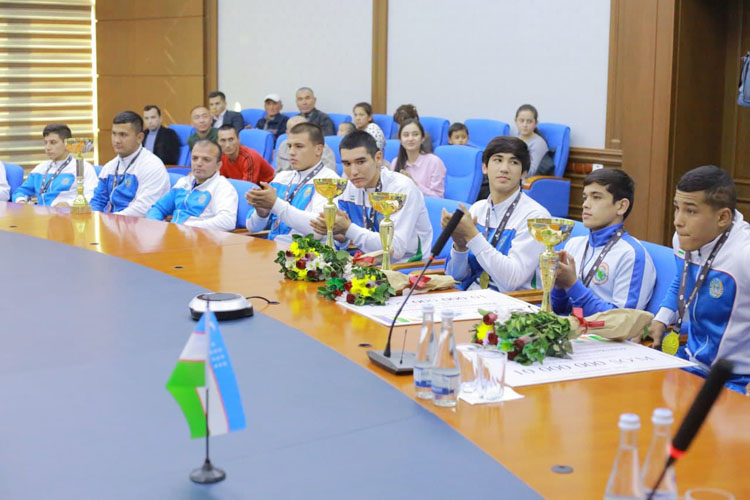 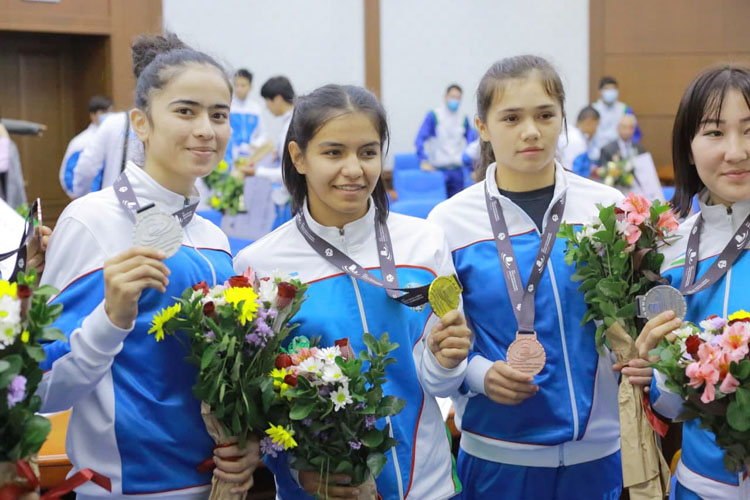 The participants expressed their hope that SAMBO will be included in the Olympic program in the near future. 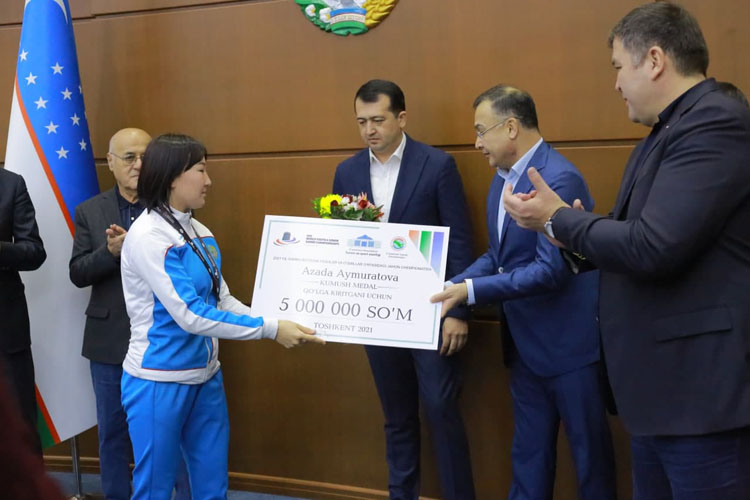 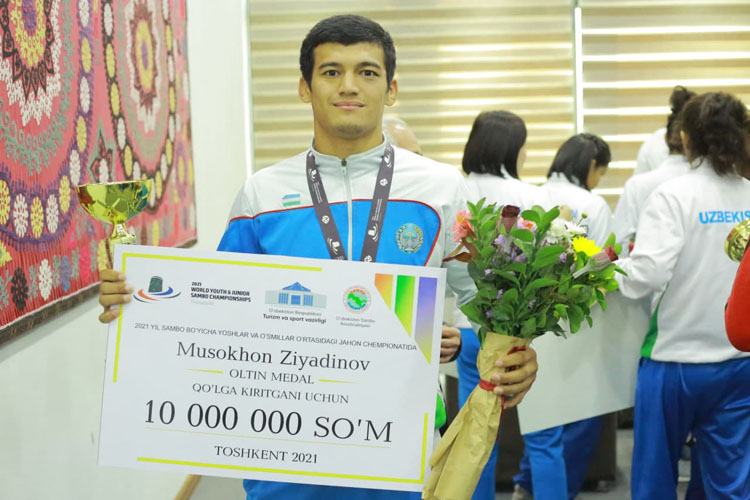 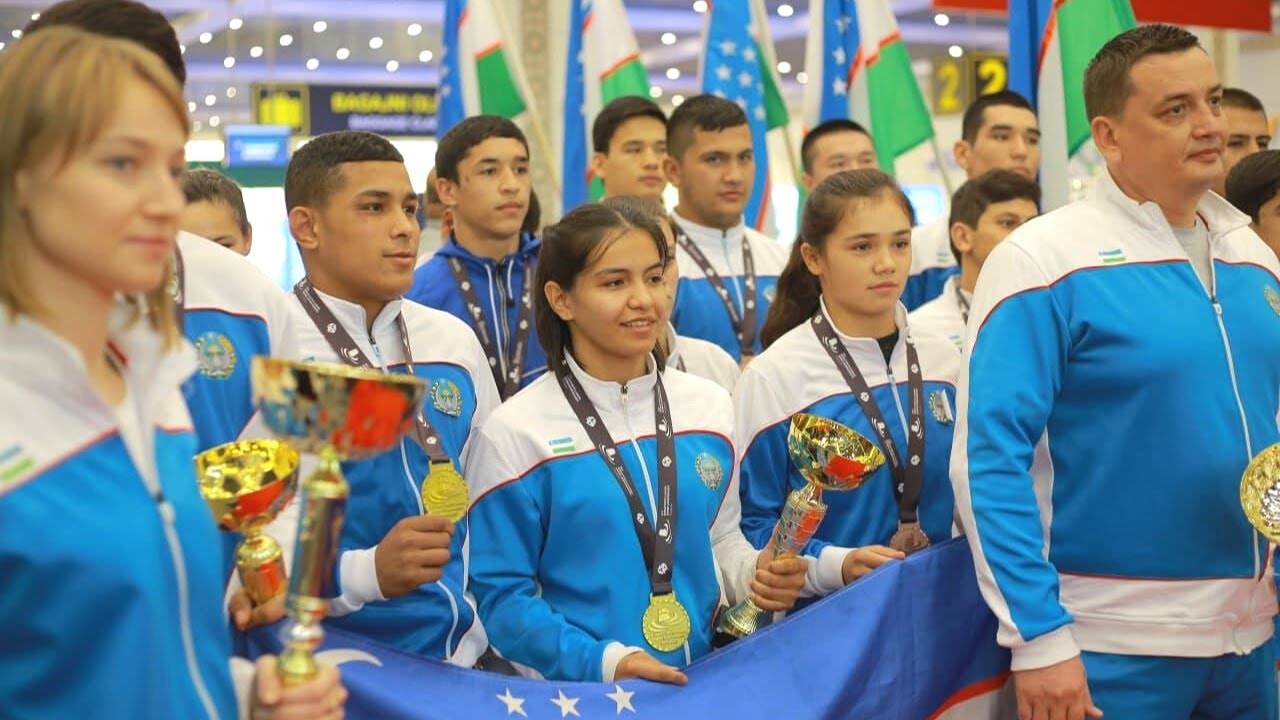