SAMBO IN CANADA: RIGHT FROM THE START 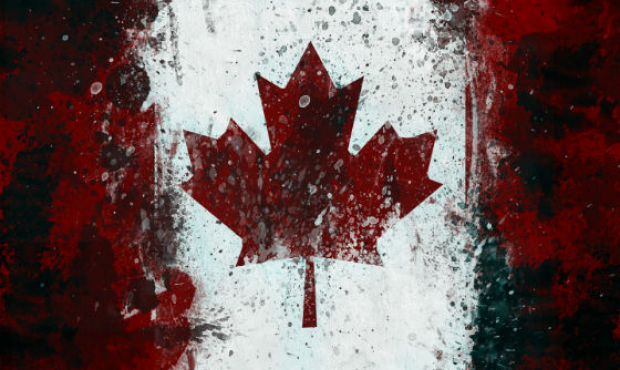 The history is always amazing, getting to know one's roots is often an intrigue. Knowing the past is the way to understand the present and future. Please find this a bit of research on the Sambo in Canada; it is about the way it started, about the people involved in the development of our favourite combat art in the Country of the Maple Leafs.|

We will share with you the story, which we got to know from Ron Angus. This is the man, who was there from the beginning and has told us the story from the first hands.

Victor Zelberman should be rightfully regarded as the first canadien Sambo coach, born in USSR, he moved to Canada with the "first wave of immigration from Soviets" in 1960-70s. Being himself the free-style-wrestler, he inevitably was exposed to the art of SAMBO (as everyone was in USSR in those days) due to the overwhelming popularity of this combat art.

It was particularly the 1960-70s, when SAMBO has stated its remarkable journey to the international recognition initially in an alliance with FILA. Due to this fact, the great number of greeco-roman and free-style wrestling experts naturally found themselves involved in the promotion and development of SAMBO. Interestingly, that those days many competitions were staged in the two-days format : the wrestling event on the day one, followed by the Sambo event on the day two. Many of the athletes swapped their outfit to the Sambo Jacket (kurtka) and boots, and tried out SAMBO.

Ron Angus tried out SAMBO for the first time in one of such tournaments named «Ontario Open Sambo Championship», which took place regularly in Toronto at Rayerson College in 1970-80s, and which took his heart over. This happened in the 1976.

Already 11 years after, he got his first Sambo World title when winning the Bronze Medal at the World Sambo Chamionships, organised in 1987 in Montreal in the Concordia University for the first time in the North America.

It was this Championships where Ron got himself familiar with the leg locks. As a matter of fact, he was leading in his semi-final match against the French athlete with the most comfortable score 11:0 and was led trusted that he came through into the final…….But this is SAMBO, and everything is possible here. With the few seconds to go on the table-score the frenchman applied the leg lock, and set Ron off back to fight only for the Bronze…

What a memorable acquaintance with SAMBO ! Many of the combat arts experts have to admit, that it is the specific technical variability, both standing and groundwork, and clear and straightforward rules, that makes SAMBO so attractive and help to grow its popularity in the world of Combat Arts. Ron's Bronze medal was a proper trigger for SAMBO to grow bigger in Canada.

There are few other names and few more remarkable personalities in Canadien SAMBO. Many of them share their background in the various martial arts and combat sports.

Pat Bolger - is one of those unique athletes, who qualified for 1972 Montreal Olympic Games in two sports !!! wrestling and judo.

Mark Burger - is another remarkable character involved in SAMBO in Canada, also the immigrant from USSR, who stamped his name in the world sports history books, as he took the 1984 Los Angeles Olympic Games Bronze medal in judo.

Bruce Ross is known to many in Canada, himself beeing the SAMBO coach and Wrestling assistant coach to Victor Zelberman. All 1980-90 he successfully promoted SAMBO in Canada. It was particularly him to organise the very successful World Sambo Championships in Montreal in 1991. It was him to prepare the Canadien Sambo team for participation in the World Games in Holland (Haage) in 1994. And this time the Worlds Gold slipped from Ron's hands again, as he finished with Bronze and closely lost to Ron Tripp (USA).

There is an interesting detail worth to mention. Ron has found in SAMBO something more than just a good fun. He found thru SAMBO his "second half" as he had met his future wife Tracey Down here in Montreal at the Worlds Sambo Championships in 1991. She …(attention!!!)… was representing New Zealand and moreover, she won this World Championships in 68 kg. What a remarkable meeting and a coincidence, which connected and united both two into a perfect family!

Victor Zelberman, Pat Bolger, Mark Burger, Bruce Ross, Ron and Tracey Angus - are among of those people, who wrote several sound pages in the history of SAMBO in Canada. «SAMBO has a great potential for growth and development in our country, - says Ron Angus, - Canada has rich sporting traditions and high level of sporting culture. Our society welcomes the healthy life-style, and the government supports the development of the sport in the country by all means".

He continues: «It is naturally, that SportsCanada takes the idea of establishment of the National Sambo Federation of Canada very positively, at the same time they put in front of us the several requirements to be met. We have started this work already, it is important that we accomplish few first steps in order to fulfil these requirements allowing us for the National recognition at the end of the day. I am sure, that the work to duly establish the National Sambo Federation of Canada in full compliance with all national sports regulations and requirements, as therefore recognised by SportsCanada, will be accomplished fairly soon».

Nowadays, Ron is in SAMBO as ever. He represented Canada at the Foundation meeting of the Commonwealth Sambo Association in London in March, 2012. At the moment he is the Member of its Executive Board in charge of the Sambo Coach Education and Development Commission. This is not something new for him, as Ron is the actively involved in JudoCanada and serves as the Director of Coach Certification Programme for Judo Ontario.

This is the story from the old days to the new ones. What a remarkable history of the SAMBO in Canada! The quality of the people involved lead us trusted that the future of SAMBO in Canada will be bright and remarkable too.