Carlos Perez: "We didn’t limit ourselves with one or two clubs and continue growing" 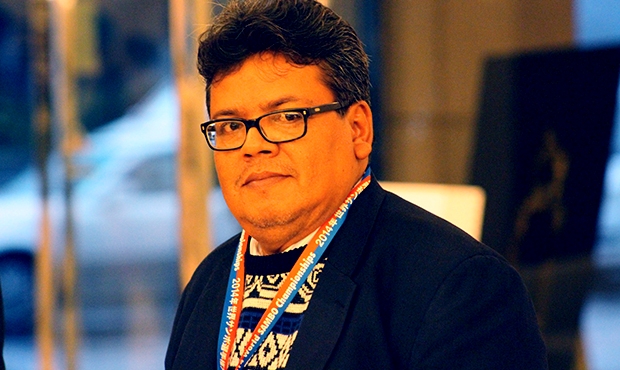 President of the Sambo Federation of Nicaragua Carlos Perez Zeledon spoke about the development of sambo in his country and in Pan-America. How important is it to speak Russian for sambists, why is there a massive interest to sambo in Nicaragua and which victories of Nicaraguan sambists are the most important at the international level, the answers to these and other questions you can learn from an interview with Carlos Perez.

– I am Nicaraguan, and I lived the best part of my life in the 1980s and 1990s. At the moment I provide professional legal advice services and in my spare time I organize a series of social and cultural activities with particular attention to those which provide space for the development of young people, including sports. I played the role of promoter, sponsor and coach for baseball and BMX and now I´m helping to develop sambo in Nicaragua.

– How long ago was your national sambo federation created?

– We consider February 23, 2013 the official birthday of sambo in Nicaragua, when the coach Tigran Karhanyan held the first official sambo workshop here. So, two years ago.

– We know that you are a lawyer and studied in the USSR. Tell us a bit about your experiences. Do you think it is an advantage for you as President of the sambo federation to be familiar with the mysterious Russian soul?

– In 1980 I studied mathematics in the USSR, though I did not get a diploma because of serious health problems. However, I learned Russian pretty well and even married a Soviet girl with whom we still live together and have two sons. Of course, given that sambo was born in the Soviet Union and many experts and trainers in this sport are Russian and speak Russian, knowledge of the language is a great advantage for me.

– Despite the fact that your federation is one of the youngest, your athletes performed very well in the Pan-American championship in Panama in 2013. How do you explain this success?

– From the beginning I enjoyed the support of two major universities in Managua, the Central American University and the National Autonomous University, as well as such major athletes as Sayra Laguna, who is a Central American champion in judo. The reason for the success was the massive interest in sambo, so we were not limited to one or two clubs and are still growing.

– Thanks to such good results a sambo specialist Vladimir Dutov visited Nicaragua. What did this experience matter for your federation? What are the benefits he gave you?

– Arrival of Vladimir Dutov added seriousness to our mission. We were able to certify 20 trainers from different clubs, visited several cities and were able to organize our first national championship. Of course, it was a great experience for us and we appreciate the efforts of FIAS´s Director of Development Andrey Moshanov who supported all our proposals and implemented our requests. Our very first national championship was already attended by two Colombian judges, Daniel Torres and Andres Felipe Aguilera, whose work made us very content.

– You are a member of the FIAS´s Committee of Public Relations and Media. For how long have you been in this position? What is your primary role?

– I am the chairman of the committee until 2017. On the whole, we were able to outline a plan for the development of the FIAS´s image and made several proposals on this issue which are now reflected in the documents approved during last year's congress in Narita (Japan). They include some recommendations on ordering the available information, organization of web sites and so on.

– At the end of 2014 your athletes showed good results at the World Championship in Narita, and in December of the same year also proved themselves worthy in a university cup winning two bronze medals. What future do you see for sambo in Nicaragua?

– We sent our athlete Daniel Reyes to the World Championship in Japan who managed to win the combat with the representative of Macedonia. He showed very good technique, won lots of sympathies and is one of our best athletes. Nicaragua was also represented by Teddy Ponce who lost his vigilance and the first battle. At the student championship in Cyprus we were represented by Nancy Castillo who already won a victory at the World Cup in 2013 against the athlete from USA. This time she won a bronze medal. Luis Montes showed the same result. In 2013 he won silver at the Pan-American Championship in Panama. Also, the team included Sayra Laguna who in 2013 won gold in a continental championship but this time was not so lucky. In any case, the Nicaraguan athletes performed well in international tournaments and I hope their success will continue.

– When do you think sambo will become an Olympic sport?

– We plan a restructuring of sorts which will open the way for sambo to various organizations associated with the Olympic Movement in the Pan-American region: ORDECA, ODECABE (CACSO), ODEBO, ODESUR, ODEPA (PASO). Based on my personal experience and the experience of baseball, becoming an Olympic sport is very difficult: there are a lot of those who want it and the number of places is limited.

Last year, the IOC provided a new option that allows the city that once hosted the Olympic Games offer the inclusion of new sports to the Olympic list over the previously established limit of 28 species. This opportunity allows us to think that with a large investment and effort we could be represented at the 2020 Olympics in Tokyo or at the World Games in 2024. But to achieve this we should first be recognized by the IOC. At this point we must consolidate sambo in each country of the region, and we are doing precisely that.