CYPRUS-2013: The Fighting – So Different Each Time! 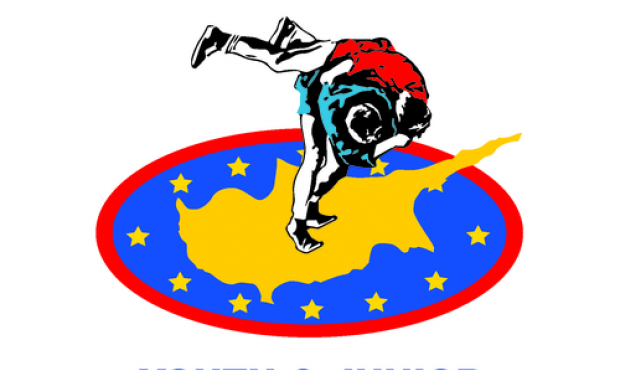 Limassol – is the beautiful Meditteranian city, the second big in Cyprus. Here came the SAMBO this April. Here came together over 450 participants from 22 European countries to compete in the Cadets and Juniors Continental SAMBO Championships. They came here to fight as from tomorrow, but it appeared that all of us had to fight straight from today. To fight in many various ways, this is what we are going to tell you.

We were met by the representative of the Organizing Committee upon our arrival in the Larnaca airport, who was properly-built and quite noticable with the big SAMBO sign and also his impressive bicepses too. It was Marios Andreu, the president of the Cyprus Sambo Federation, he was exited and stressed, but came there to meet us. After the short inquiry, I found out what he was fighting with during this time. He said: «I am trying to cope with an insomnia for the last month, naturally due to the big amount of work and all the worries wether I can do it right. Also, I was «wrestling with the Sambo mats» (he laughs). FIAS granted the three sets of mats to our federation; so firstly, it was the th efighting over their transportation via Germany and all the logistics issues, and finally, I had to learn how to lay them down! There were few details which I discovered due course of this process, however, I became an expert in laying down the mats, and could possibly even make a living off of it (laughs) !!!».

Similar to the theatre which starts with the wardrobe – any and every SAMBO event starts with the accreditation of all the participants: athlethes, coaches, medical staff and media. This process commonly builds the first impression about the quality of event and often sets the mode of the rest of the event.

To find out how the SAMBO accrediattion workes in Cyprus, I decided to identify a one beautiful and charming lady, who was part of this process of SAMBO accreditation, here in Limassol. I was lucky to bump into the Cyprus Sambo Federation President's spouse – Mrs. Julia Andreu. She, beeing a fitness coach, was assisting her husband to run the SAMBO event as an Administrator. She had to take care of all the logistics details and communication issues for this event. What was she fighting with ? «Odd enough, but I had to fight with the lack of the English language knowledge shown by the few team representatives. The truth is, that many of them are Russian-speakers, and I had to rely on my own knowledge of Russian.

Apart of this, the very difficult part was - the big numbers of people, all approaching me at once, all with the list of their own issues and questions, to include filling out the forms, etc. However, after the hectic two days it is all over now. It was not simple, but we succeeded,» - she concludes.

What is the next fighting about? To be perfectly correct, it is running and I am having my own fight today too. I am struggling with my 30-minutes jogging along the sea shore, that's why I consider myself in the fighting mood too. I should say I am not fighting against something, but rather in favor of – particularly, in favor of my good physical shape, which I find to be so difficult to keep up due to my Moscow office-based work . I am not the sole runner here, there is plenty of SAMBO athletes, both boys and girls. As I attempt to communicate with them as we start to stretch, I try to find out more about what they may be fighting at the moment : «I am fighting with my extra weight; my team-mate is fighting with acclimatization, as it was advised by the coach. Every athlete knows, that a moderate physical activity straight upon the arrival during the first day can help to reduce the acclimatization problems significantly. That is what we are doing at the moment.»

Surprisingly, the Lithuanian team seems to be free from any fighting, moreover, they seem to be enjoying their time. There was a good reason for this: there is the only one flight per week during the low season between Lithiania and Cyprus. Thats why the Lithuanian team arrived the first in Limassol, and apparently will be the last to leave the Championships. «We have got the team of 16 , and very much put the trust in everyone; our girls are more successful at the moment, but we shall see. I go swimming tomorrow morning - they say the sea is a little bit warmer in the morning, then I jump on the bus and will be heading towards the Arena» - comments on his schedule in Cyprus Eduardas Rudas, the President of Lithiania SAMBO Federation.

Romanian National Squad had to fight over with their injuries. «There is nothing we can do about it , we got a bad luck, as many of our lead athletes got injuried (to include European and World medallists), some underwent surgeries in February and are not fully recovered. We came here today with only two athletes: a girl , though she is young, but she is the medallist of the last year's Junior Championship in Estonia, and a boy. But we will give a fight!» - resumed Mr. Viorel Giske, the President of the Romanian Sambo Federation. So that was our prelimiary fighting across many fields. Tomorrow, it is going to be even more interesting, rich and spectacular, as it will be shifted onto the real SAMBO mats. And as ever, we are looking for a big fun out there!