Congress of the SAMBO Union of Asia took place in Atyrau 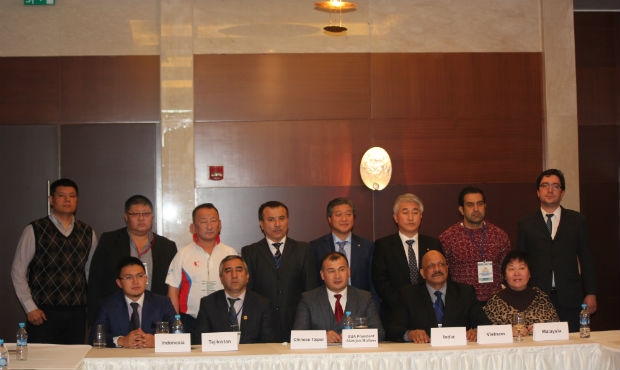 In the midst of the Asia 2015 Sambo Championship battle in Kazakhstan, the 3rd Congress of the SAMBO Union of Asia took place at the Renaissance hotel, which was attended by delegates from 14 Asian countries developing sambo. The key note of this congress was the upcoming multisports games on the Asian continent. And this is understandable: unique tournaments await Asian SAMBO athletes in 2016: the 6th Children of Asia International Sports Games in Yakutia and 4th Asian Beach Games in Vietnam shall start. Asian sambo in 2017 will be marked by staging the 4th Asian Indoor and Martial Arts Games in Ashkhabad (Turkmenistan). Read about this and much more in our report from Atyrau.

Report from the President of the Asian Sambo Union, Alamzhon Mullaev

Congress started with a report from the President of the SAMBO Union of Asia, Alamzhon Mullaev. The head of the Asian sambo began his speech by personally thanking Sambo Federation of Kazakhstan and its president, Saken Meyrbekov, for the organization and high level of staging the 2015 Asian Sambo Championship in Atyrau. 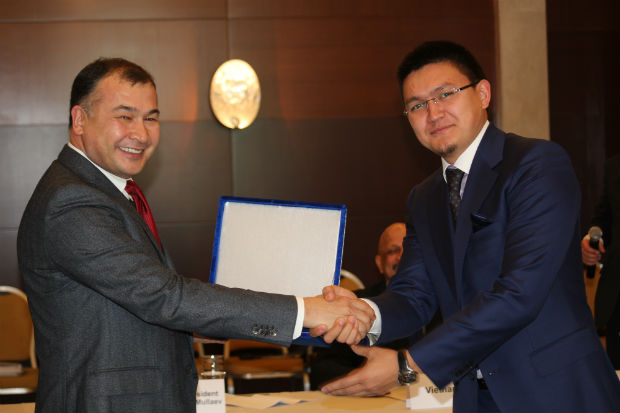 Alamzhon Mullaev went on to note: "Since last year, with your help and cooperation, we are quickly stepping towards the development and promotion of sambo in Asia. In 2014, we successfully performed at the Asian Beach Games in Thailand, and medals of the games were won by SAMBO athletes from 12 of 15 participating countries. In 2016 and 2017 we will participate in many multisport activities which will be staged on the Asian continent. For us, it is a big challenge, but also an opportunity to change and raise our level of organization and staging competitions and the internal structure and discipline."

In Alamzhon Mullaev's report on the development of Asian sambo, he also noted that over the past year: 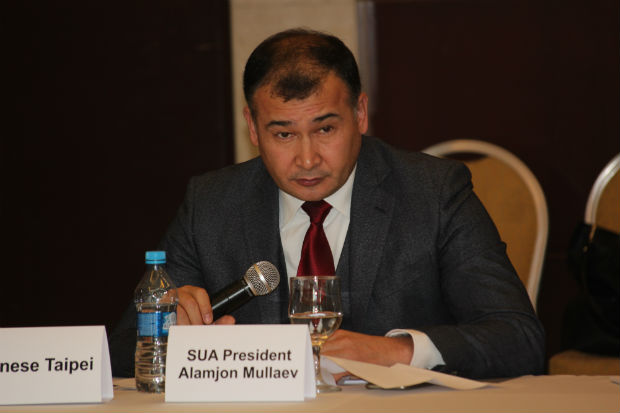 "Since the congress of the SAMBO Union of Asia in 2014 in Uzbekistan, Vietnam became a member of FIAS, and sambo clubs were opened in China and in the UAE. We held a series of meetings with the sports leadership of Indonesia and Malaysia, and already have some agreement on the support and recognition of Sambo in these countries. All these achievements were made possible by the painstaking and highly professional work of Suresh Gopi, the vice president of the SAMBO Union of Asia. As head of the SAMBO Union of Asia, I prepared a decree on appointing him as the Director General of our organization. His responsibilities will include maintaining international contacts to develop sambo on the continent and promote it in the world of contemporary Asian sport." 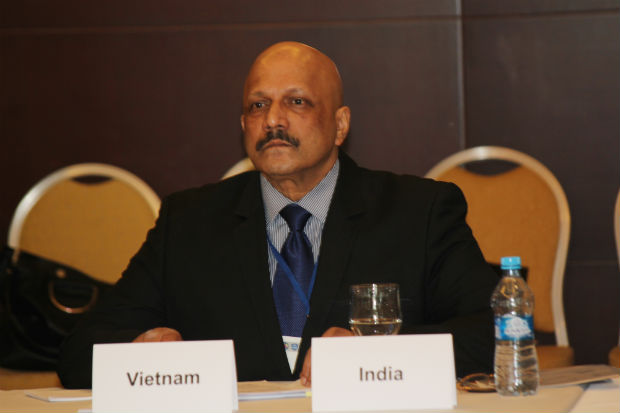 As regards the development strategy for the near future, Mullaev said: "We'll continue to expand the geography of sambo on the continent. Our next plans include creation of sambo federations in Saudi Arabia, Qatar, the UAE and China. We believe that for development of sambo in Asia, the establishment of federations in these countries is strategically important. These are countries where there are particular resources, and there has been interest in the development of sports by the ruling elite and government."

Currently, the SAMBO Union of Asia is developing online registration of athletes, coaches and referees. Thanks to the introduction of this system, we will have a unified database of all participants of the sambo movement in Asia. Not only does this simplify the entries process, but it will generally allow optimization of the organizational and administrative work of both the union, as well as national and regional sambo federations. At the congress, a presentation of this system was given, which was endorsed by all delegates unanimously. Its launch is planned in February–March next year.

The SAMBO Union of Asia congress was attended by special guests: a delegation from Yakutia. The deputy general director of the International Committee for the Children of Asia games, Gavril Tsypandin, gave a presentation on upcoming events in Yakutia. The main provisions of the report were as follows: the first International Children of Asia Sports Games were held in 1996 in Yakutsk. About 7,000 athletes in total, from 30 countries, participated in the games. The event is held under the patronage of UNESCO and the IOC, and is the main children's sporting event in Asia. 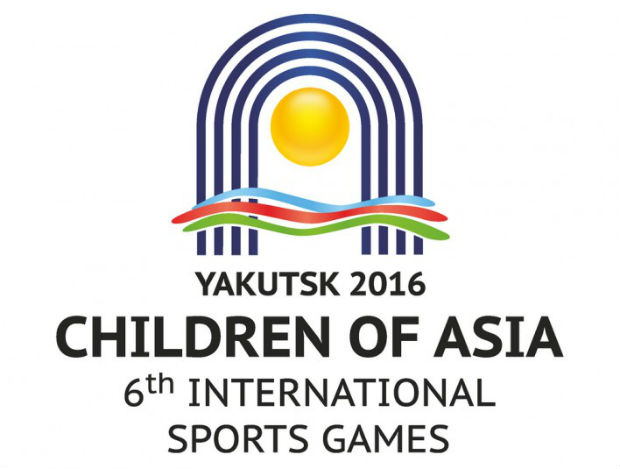 "The athlete's village, in which all games participants will live, is designed for 6,000 people. Competitions will be held in 22 sports, at the same number of arenas. The sambo tournament will take place in the Triumf sport complex, located directly on the territory of the Olympic village. The hall can seat 3,000 spectators."

Also, all congress delegates paid attention to a presentation of the forthcoming Asian Beach Games. This multisports event will be held in Da Nang from 24 September to 3 October 2016. Competitions will be attended by about 5,000 participants in 14 sports and 22 disciplines. In total, 32 sporting events will take place during the games. 4 coastal clusters will serve as arenas for the beach battles. 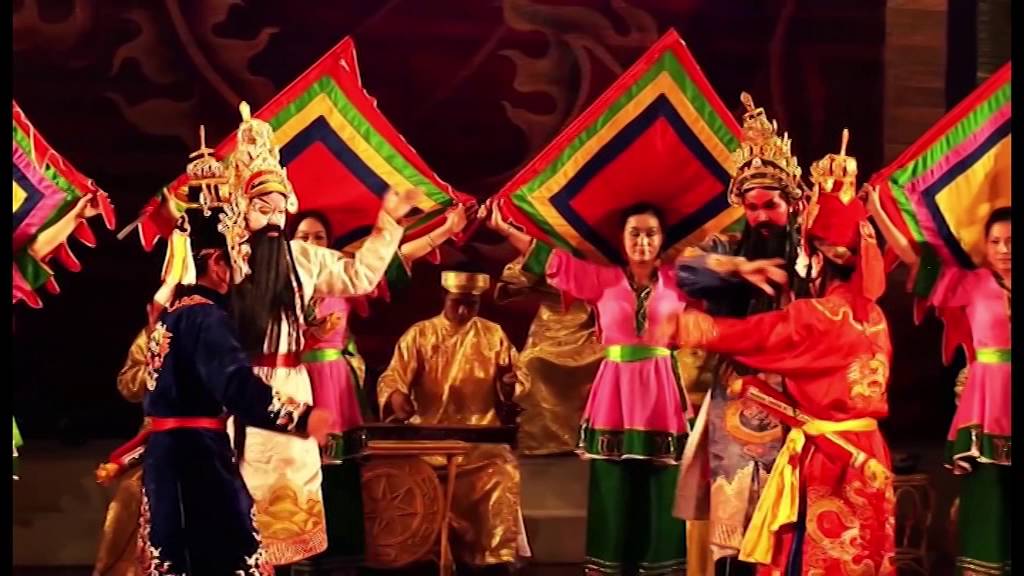 The sambo tournament will have 3 competition days from 30 September to 2 October. Apart from sambo, the same arena will host competitions in 16 sports, including wrestling, jiu jitsu, kurash, beach football, water polo, and others. Men compete in the following weight categories: 62, 74, 90, +90, women: 56, 64, 72, +72 kg. To participate in a sambo tournament, 2 athletes per weight category are permitted. It is worth noting that the general director of the Organizing Committee of the tournament is the Vice President of the Vietnam NOC and President of the Vietnam Sambo Federation, Hoang Vinh Giang.

The Asian Indoor and Martial Arts Games will be held in Ashkhabad in September 2017. However, the presentation of this unique event with key information on the event was important and necessary for the delegates of the congress, since the preparatory process has already begun.

The participation of around 8,500 athletes and officials, and 2,500 media representatives is expected, along with about 150,000 spectators. Competitions will be held in 21 sports among athletes of 62 countries of the Asian continent. Sambo will participate in this great celebration of sports on an equal footing with the other 8 types of martial arts: Muay Thai, wrestling, jiu jitsu, kickboxing, taekwondo, wrestling on belts, traditional Turkmen wrestling and kurash.

New members of the SAMBO Union of Asia, adoption of the charter and logo, and the choice of vice presidents and heads of the organization’s commissions