SportAccord Convention in Sochi: the success of sambo and other news 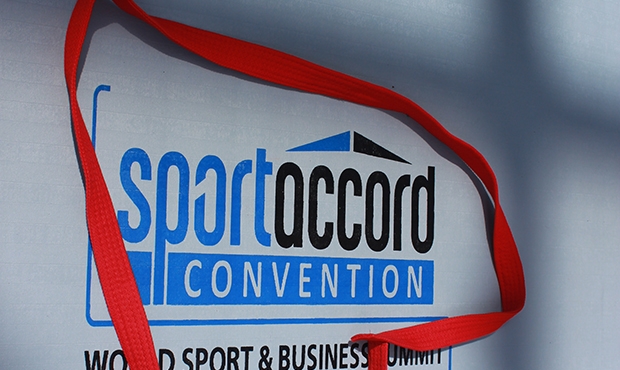 Recent news about the World Combat Games of SportAccord in Lima, the new president of AIMS, the success of sambo on the demo site "Sochi, the territory of sport", these and other stories in our review of the SportAccord Convention that is taking place in the capital of the Olympic Games-2014.

First Combat Games of SportAccord took place in 2010 in Beijing. Then St. Petersburg held the World Forum of martial arts in 2013. The following games will be held in South America. Peru is hosting this forum, and during the meeting of the working group for the World Combat Games precisely this topic was discussed on April 21.

José Quiñones González, President of the National Olympic Committee of Peru and Vice President of the International Weightlifting Federation has recently been appointed head of the organizing committee of this unique tournament. He has assured all people present that the tournament will be held at the highest level, and hospitality, climate (it will be spring there), the peculiarities of culture and local flavor will please all those who will come to Lima for the Games. Gonzalez also told about the main points that we should expect from the upcoming event. 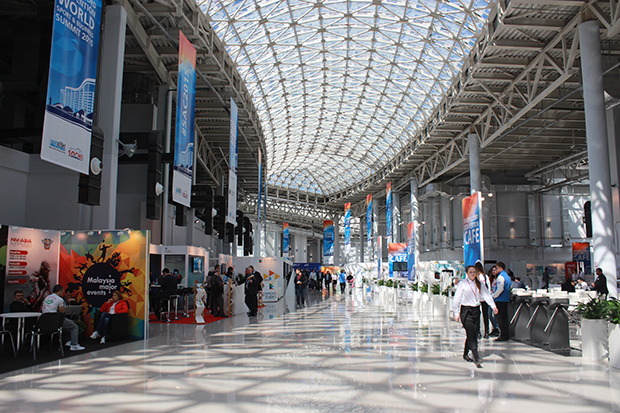 Let's start with the fact that there are some differences in the tournament program compared to the previous Games. In Beijing, the program included 12 sports, St. Petersburg collected 15 types of martial arts, and the III Combat Games will welcome athletes from 16 sports: the St. Petersburg list of sports added weightlifting. The exact date of the tournament has not yet been determined. The preliminary option is end of 2017 - beginning of 2018. In the near future the organizing committee will consider the sports calendar of all international federations - participants of the Games so as to take the best solution taking into account the interests of all tournament participants.

One of the fundamental differences in comparison with the previous games consists in the fact that the tournament will be held in Lima on a single sports field. This has never been done before! In St. Petersburg, for example, the competition took place on 5 modern sports arenas. Peru wants to organize games in this way to represent all the competitions to the full extent. It will be interesting both for the audience and for the participants who will be able to see the performance of their "comrades". Soon will be determined the exact dates of the Games and the selection criteria for each type of program, as well as disciplines and weight classes inside the sports.

AIMS unites the international federations that are members of the SportAccord but are not recognized by the International Olympic Committee. Its goal is to help federations on their way to the Olympic family and to interact in order to share experiences and assist each other. 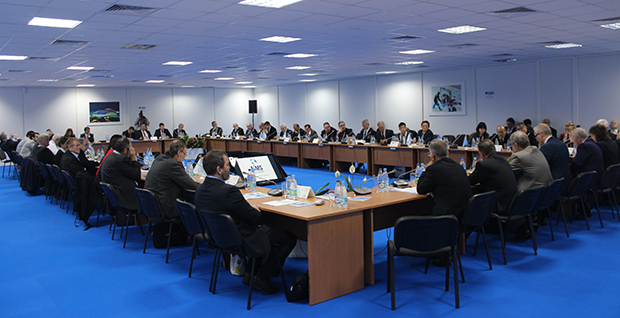 The organization was founded in 2014 at the convention of SportAccord in Belek. Its president until April 22 this year was Espen Lund, President of the World Association of Kickboxing Organizations (WAKO). Yesterday representatives of 23 international federations who gathered at the General AIMS Assembly voted at the next election of the head of the organization. Espen Lund´s rival in the fight for the presidency of the AIMS was the secretary general of the International Federation of Muay Thai Stephen Fox. He eventually won with 19 votes for him and 4 against.

For the first time in the practice of the convention demonstration area activities are available not only for exhibitors but for everyone, including children and adults. All these days the sports village is filled with children's cries of joy and shouts of delight. Sambo here is known, loved, and most importantly, our sport is expected here. 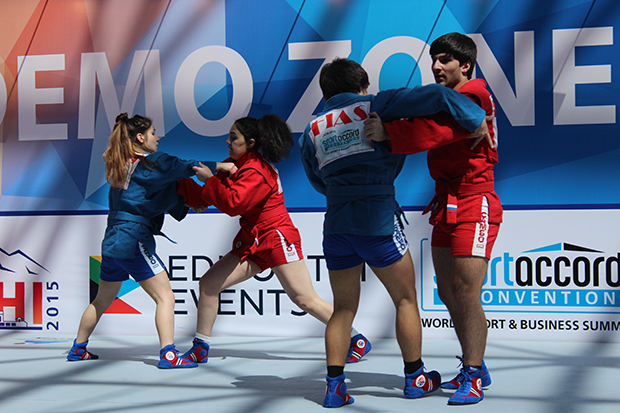 There is much to talk about when you discuss whether a sport is liked and popular or not. But the main answer to this question is that after sambo presentations and workshops people are willing to engage in sambo and to sign up to the club. Bright and spectacular performances of the pupils of sports school №7 of Sochi and the professional support of a FIAS employee Ivan Morozov guaranteed the success of sambo at the convention of SportAccord. Basic skills of sambo and the art of falling woven into the fabric of the game make the children say “yes” to sambo. And this is exactly what we were looking for. 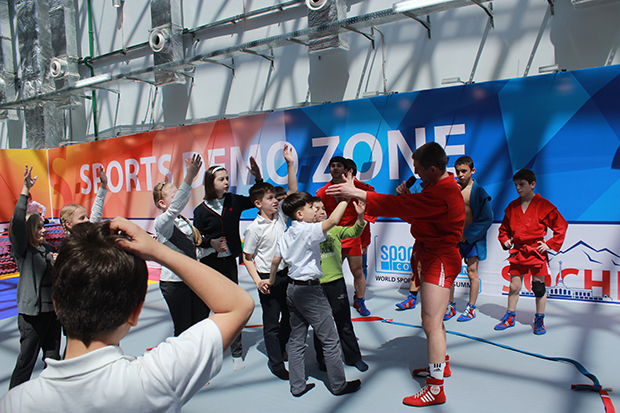 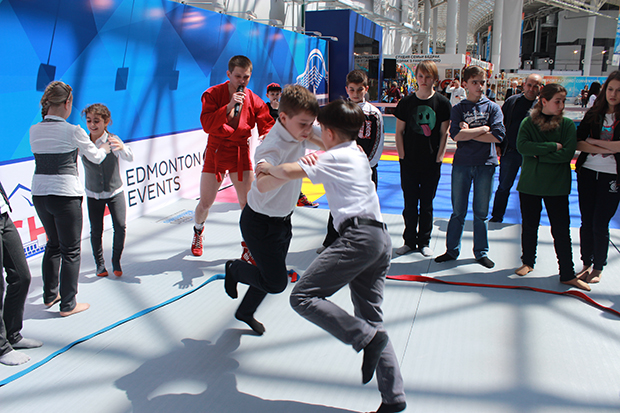