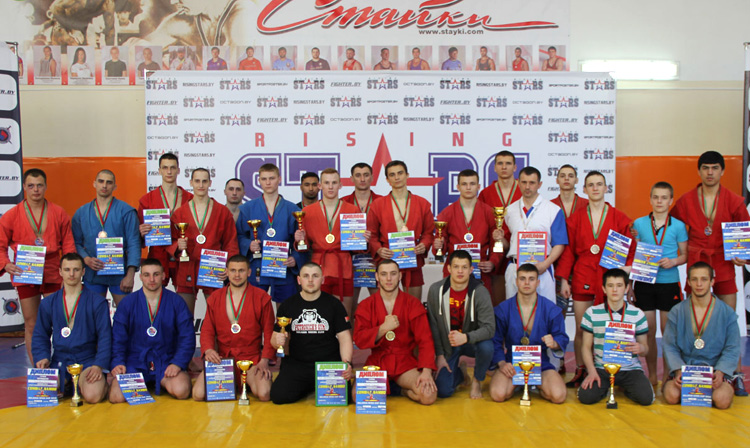 The Open Belarusian Combat SAMBO Cup was held on April 7 in Minsk. Members of the 15 strongest sports clubs of the country took part in the tournament. Both amateurs and seasoned professionals could try their strength in fights. According to its organizers, the amateur division was formed specifically for those who were just beginning their way in combat SAMBO and wanted to try their limits in it.

The octagon.by martial arts website reports that prior to the competitions a brief seminar in combat SAMBO rules was given for the participants, coaches, and team members under the supervision of Vladimir Tarasenko, a certified national referee.

The tournament featured a crew of experienced referees headed by international category arbitrators, Viktor Bukhval and Vladimir Eremenko. According to the organizers, the competition participants fulfilled expectations of the spectators by exhibiting a high level of training and a vast set of techniques.

By the tournament results, in the team standings, sambists from the “Voin” sports club based in Gomel won the Cup of Belarus in combat SAMBO. The second place was secured by the “Pride” sports club from Zhodino followed by the members of the “Petrovitch Jim” sports club from Rechytsa.