World Sambo Cup Stage for the Prizes of the President of the Republic of Kazakhstan Nursultan Nazarbaev:  the Day Before the Start

Almaty, Kazakhstan, Astana Hotel. The Kazakh stage of the World Sambo Cup has started with the accreditation of all the participants of the tournament. Over 200 sambo athletes from 21 countries of the world arrived in Almaty to take part in the first tournament held this year under the auspices of FIAS. Read the today's report from Kazakhstan to find out what is happening at the first official event of the World Sambo Cup – accreditation.

Any sambo tournament is not only a sports event but always a kind of opportunity for communication of sambo world representatives. This year in Almaty, many people talked about and discussed the new pilot sambo rules which are to be applied as an experiment in 2015, according to the decision of FIAS. Kazakhstan is the first completion site for testing these rules. Therefore, we naturally raised this question in many of our interviews. 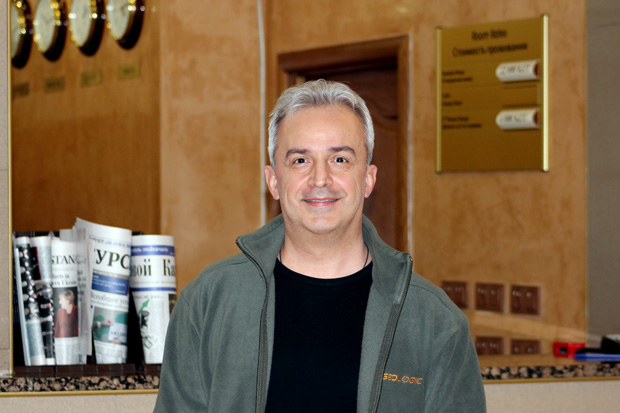 Roberto Ferarris, President of the Italian Sambo Federation, General Secretary of FIAS: “We flew via Istanbul for 9 hours in total. It’s fine but the weather is extreme for our bodies pampered with warm winter. But as the saying is: “There is no bad weather, there is a bad outfit”. We have an excellent outfit, we all wear sheepskin coats. Our three sportsmen will take part in this year’s first start event. Our task is certainly to get involved, but the medals would be desirable. Other athletes will go to the next World Cup in Minsk, and we’ll take an expanded team to the Memorial of A. Kharlampiev. Thus, we’ll form the team for the European Championship to be held in Zagreb in May. To say honestly, I am skeptical to the changes in the rules, the best is the enemy of the good. I think the gap in points for the win in the new format is small, 10 points would be better. In my opinion, it would make the event less entertaining, the athletes would be afraid of falling. And I would provide 5 minutes for consolation meetings. We have the same competitions. Why should be the time difference between consolation and preliminary meetings? Well, we’ll see, we have a year for testing and analysis”. 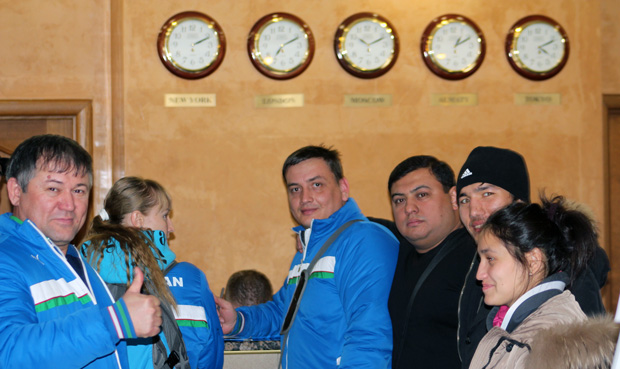 Roman Shakirov, head coach of Uzbekistan national sambo team: “32 sambo athletes, including 7 girls, will participate in competitions in Kazakhstan. We have a currently increased interest in sambo in Uzbekistan. This is due to the replacement of the Federation leadership, and the last year’s Asian Championship which was successfully held in Tashkent. I think the last year was very successful for our team. We took the third team place in the World Sambo Championship in Korea. Our combat wrestlers were the fourth in Japan, and we took the fourth team place in the World Championship among cadets in Cyprus. The start in Kazakhstan is just engaging for us. I put no serious supertasks to my athletes. But thereafter, in February the Sambo Championship will start in Uzbekistan which determines the national sambo team for the world and continental championships. We also have organizational ambitions. We want to apply to FIAS to host the World Championship. In our opinion, Tashkent and our leadership have everything for its successful start”. 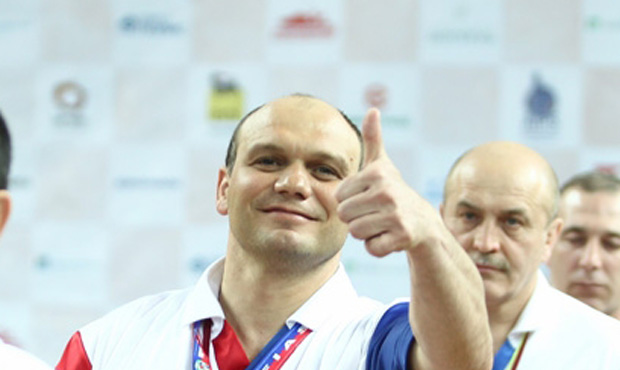 Ivan Netov, international referee from Bulgaria: “Our three sambo athletes will take part in the competitions in Kazakhstan, one girl and two famous combat wrestlers – Martin Marinkov (+100 kg) and Tikhomir Blagovestov (74 kg). Being a referee, I certainly assess this tournament in terms of new sambo rules. I support all changes and consider them innovative and necessary. I would argue about the only thing – cancellation of throws from the ground. In my opinion, it’s a very good position for throws and we wouldn’t like to abandon such a layer of sambo techniques. A different matter is that it may be necessary to set forth the system of combat assessment in this position more precisely. In my opinion, it’s a mistake just to give it up. But I believe that the test mode will allow us reaching the optimum in respect of changes in the rules, I am convinced in that”.

We remind that the first day of the World Sambo Cup for the Prizes of the President of the Republic of Kazakhstan Nursultan Nazarbaev will start on Saturday, January 24. Tomorrow the combat wrestlers of the weight categories: 68 and 90 kg, women: 48, 56, 54, 72 and +80 kg and representatives of sports sambo in the weight categories: 52, 62, 74, 90 and + 100 kg, will measure strength on the mats of the Baluan Sholak Sports Palace.