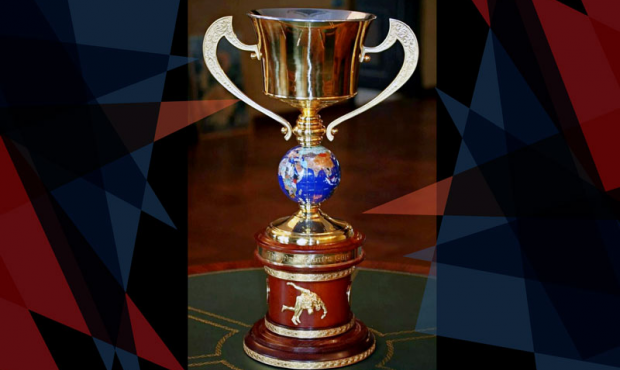 We’ve recently told you here about the medals and diplomas to be awarded to the champions and winners of the Fourth Asian Beach Games that are to be held in Phuket Island in mid-November. Today the turn came to tell and show you the badge attributes of the President's Cup which starts in London in 2 weeks.

We remind you of the tournament format. The President's Cup is a team tournament which involves 8 teams. The world’s leading teams will compete to get into the final within the first subgroup – the teams from Kazakhstan, Azerbaijan, Belarus and Russia. The second subgroup consists of sambo teams that represent the national teams of the British Commonwealth. They are divided into 4 teams on the continental basis and include sambo athletes from Commonwealth countries such as South Africa, Cameroon, Ghana, Botswana, Trinidad and Tobago, Canada, Cyprus, Australia, Sri Lanka, India, Singapore. The tournament is held by the Commonwealth Sambo Association headed by Lord Simon Reading and the British Sambo Federation headed by Martin Clarke.

And now a few words about the awards. The President's Cup is the grand prize to be awarded to the winning team, which was established and made by the major sponsor of the tournament – “Jewellers of Northern Capital”. An interesting fact is that the President's Cup project is the idea of Timur Kabukaev, General Director of this company. The medal design includes the President's Cup logo and the sambo battle element.

We recall that the names of champions and winners of the first-ever London President's Sambo Cup are to be known very soon – the tournament starts in the British capital on September 27.