Lashelle Regis: "A Fighter Trained In SAMBO Has No Weak Spots" 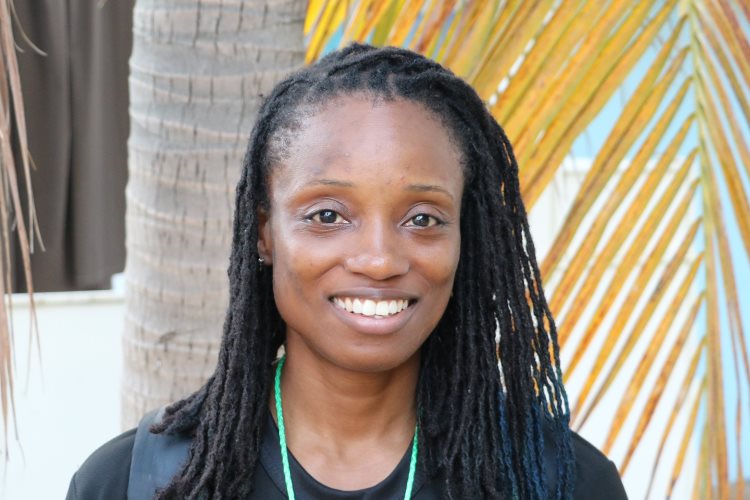 Saint Lucia is a small island country in the Caribbean Sea. How did it happen that SAMBO began to develop in your country?

- The development of SAMBO started with Tadeus Francis, a man with whom I worked actively, and who took part in the Pan-American SAMBO Championships held in Colombia in 2012. Lately, in 2013, the SAMBO Federation of Saint Lucia was established.

How do you promote SAMBO? What do you do to propagate it?

- I must admit, the situation is not quite simple. In my opinion, not enough attention was paid to the promotion of SAMBO in Saint Lucia in the previous time period. Now there have been changes in the organization, and we are striving to intensify our efforts in this direction. First of all, we focus on promoting SAMBO in social networks. We also carry out educational work, by publishing articles on SAMBO in the sports press of our country, by publicizing it as a new self-defense system.

Of course, we would like to get the state support, and are eager to work with the government of Saint Lucia, but we are not sitting on our hands either.

To date, we have already achieved some success – thus, we have received recognition from the Ministry of Sports of Saint Lucia, but have not yet received recognition from the National Olympic Committee. Nevertheless, we are actively working in this direction: we invite athletes who come from boxing, jujitsu, and other martial arts, demonstrate them all the advantages of SAMBO. And it bears fruit. For example, Thierry Augustin who won the silver at the last Pan-American Championships in Acapulco, had come to SAMBO from jujitsu.

Why did you decide to engage in the popularization of SAMBO, as there are Olympic sports such as judo, boxing, freestyle wrestling, taekwondo, and others? And to promote them is likely much easier ...

- Oddly enough, it happened quite unexpectedly for myself: at first, I just worked as a secretary of the SAMBO Federation, being involved largely in technical procedures, but then, when I saw SAMBO in action, I felt fascinated with this sport, its effectiveness and diversity.

Plus, SAMBO as a sport is absolutely unique: SAMBO competitions among veterans, as far as I know, are held among athletes up to 60 years old, both men and women, which allows you to practice it your whole life. For those who are in love with SAMBO, this must be very important!

That is, you promote SAMBO because you sympathize with it, in the first place?

- Yes, that's right. By training athletes, wholeheartedly as we do it, we focus primarily on developing SAMBO techniques. But you have to be realistic, and it is an open secret that many athletes who come to us to get some training in SAMBO also expect to get some unique skills for performing in MMA, for SAMBO covers all aspects of martial arts. A fighter trained in SAMBO has no weak spots, he is practically invulnerable.

How do you evaluate the latest Pan-American Championships, were they successful for your team?

- Despite some organizational hitches that are inevitable when staging tournaments of such level, we have shown some fine results. These championships have certainly been successful for us. Of course, I had my worries, yet in the end everything turned out well. To us, it was important not only to win some medals, but also to feel encouragement of the athletes from other countries. And so we did. Little wonder they say that the SAMBO community is but one big family.