Macedonian Sambo in the European Open Day of Sport program 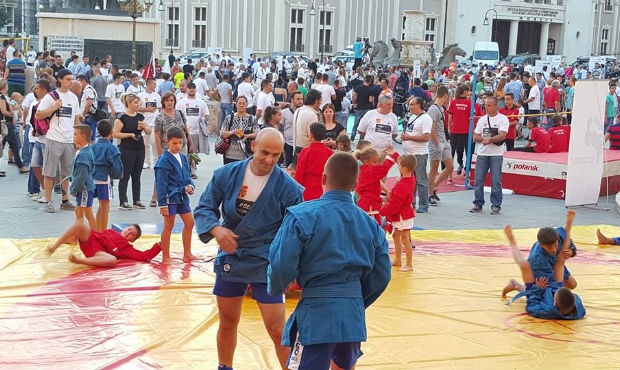 This year, Macedonia became part of a family of 28 EU countries, Iceland, Norway, Liechtenstein and Turkey that promote sports and physical education in Europe by participating in a global event – the European Week of Sport. An Open Day of Sport attended by all the national sports federations was held in Skopje as part of this program. Sambo introduced many viewers to its rich program entitled “The values of Sport Sambo”.

Open Day of Sport was held at the National Arena Philip II of Macedon. Throughout the day, the spectators were able to learn more about all types of sports that are promoted in Macedonia. The story about Sambo and the involvement of sports fans in this martial art went on for two hours. Participants could not only see what Sambo was about, but also personally try out some of the elements and ask all the questions that interested them. 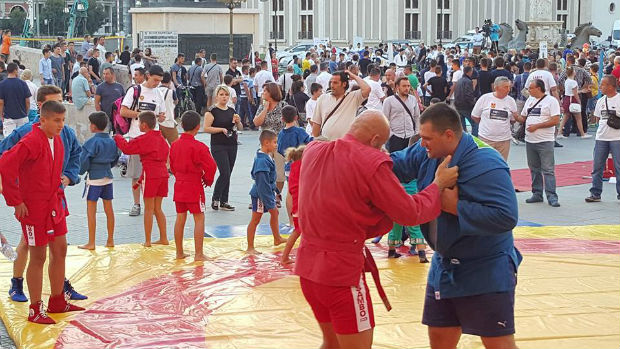 Following the event, Secretary General Slavko Todorov noted the growing interest in the sport, shown by the increasing number of people involved in Sambo. It’s quite possible that some of the Macedonians who learned about Sambo at Open Day of Sport will be able to defend their country’s honor at international tournaments in the future. At least the local federation has the right to count on it.