Will Qualification Strips Appear On The Sambist Belts? FIAS Executive Committee Was Held In Moscow 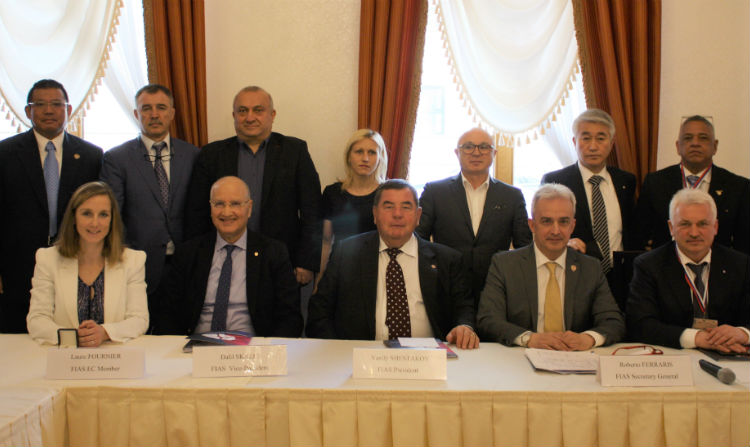 On March 23, the first day of the "Kharlampiev Memorial" 2018 Sambo World Cup, a meeting of the Executive Committee of the International SAMBO Federation took place in Moscow.

The welcoming address was given by the FIAS President Vasily Shestakov who congratulated Laure Fournier, the new member of the Executive Committee, also the Head of the FIAS Athletes’ Commission since recently. 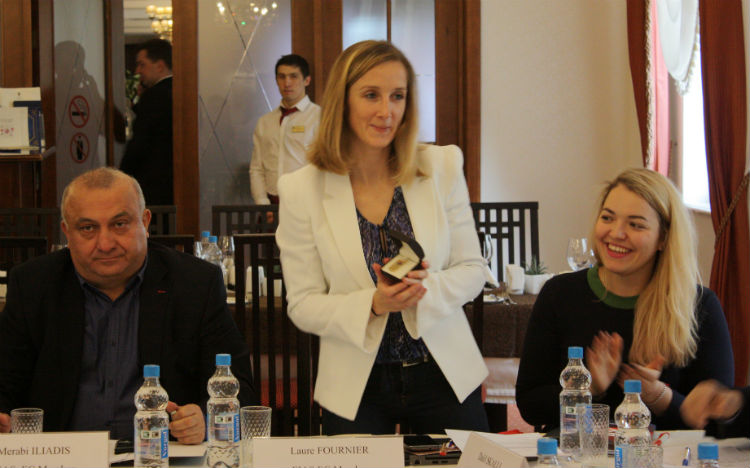 When speaking on the major achievements of the Federation since the last meeting of the Executive Committee, the FIAS President noted the high level of organization of the 2017 World SAMBO Championships that were held in Sochi (Russia). The mere fact that the athletes from 90 countries took part in the event set an absolute record for SAMBO.

‘The competitions were broadcast live in 17 countries worldwide, as well as via the FIAS website and social media,’ remarked the FIAS head. ‘I wish to thank Sergei Eliseev, President of the European and All-Russian SAMBO Federations, for the work done,’ said Vasily Shestakov.

He also reported that in early December of the past year in Monaco at the X Peace and Sport International Forum, The Maria Guedez Foundation and the International SAMBO Federation (FIAS) won the award “In memory of Guo Chan: coup de Coeur”, thanks to their collaborative work in Venezuela that had brought them an international accolade.

‘I wish to congratulate Maria and to express our gratitude for her wonderful work with children targeted at the expansion of SAMBO in Venezuela,’ claimed Vasily Shestakov.

Also, the FIAS head summarized the latest sporting heights conquered by SAMBO for the audience. 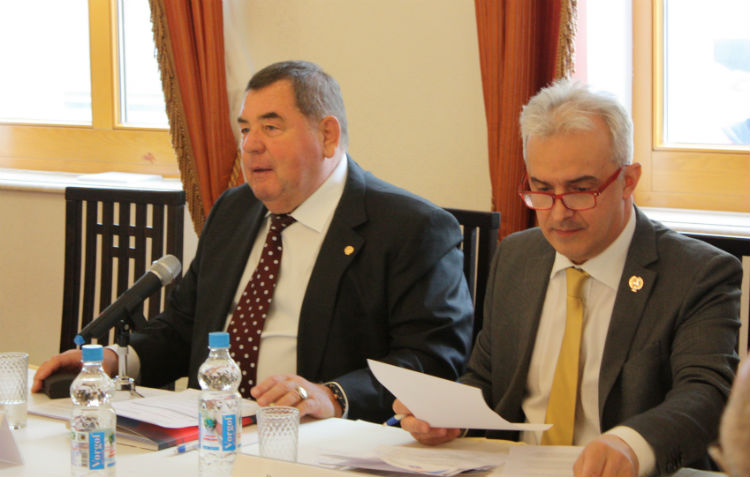 ‘In December 2017, for the first time in history, competitions in SAMBO were included in the program of the Central American Games. Athletes from 5 countries (out of a possible 7) took part in the event. By the initiative of representatives of the Central American region, there were also held the test-mode competitions in combat SAMBO for Women which had received a favorable response from the spectators. SAMBO succeeded in making a big name in the region, as the competitions received wide coverage in the local press whilst the regional NOC presidents, members of IOC, and other high sports officials were among their guests,’ remarked the FIAS President.

Next, he informed the members of the Executive Committee on the inclusion of SAMBO in the program of the 2018 Asian Games in Indonesia.

‘The tournament will be held from August 31 to September 1 in Jakarta. SAMBO competitions will be held in four weight categories: 48 kg and 68 kg for women and 52 kg, 90 kg for men,’ stated the FIAS Head. ‘Without a doubt, this is a success for SAMBO, as these Games can be justly considered the Asian Olympic Games. In this connection, I wish to specifically mention the work of Alamjon Mullaev, President of the SAMBO Union of Asia, and to thank him for his efforts.’

While informing the meeting participants on other achievements in the development of SAMBO, the FIAS Head qualified an event that had taken place in February as ‘a historical one’.

‘In the capacity of a demonstration sport, SAMBO has been included in the 2018 Youth African Games, to be held in Algeria on July18-28,’ claimed Vasily Shestakov. ‘We congratulate the African SAMBO community, via Dalil Skalli, President of the continental federation, and wish to emphasize a high level of professionalism, and the good job that was done on the African continent.’

The FIAS President mentioned yet another significant sporting event that will be staged in 2018. Namely, for the first time in history, the World SAMBO Championships for School Children under the aegis of the International School Sport Federation will be held in August 2018 in Oryol (Russia).

A comprehensive report on the Technical Commission activities was given by its chairperson, Sergei Tabakov, the FIAS Executive Director. He proposed for consideration a whole number of issues: transfer of athletes to another SAMBO federation, certification of athletes who take part in competitions, and also the introduction of a classifying system that would indicate the athletic title of a sambist by a color stripe on his or her belt. 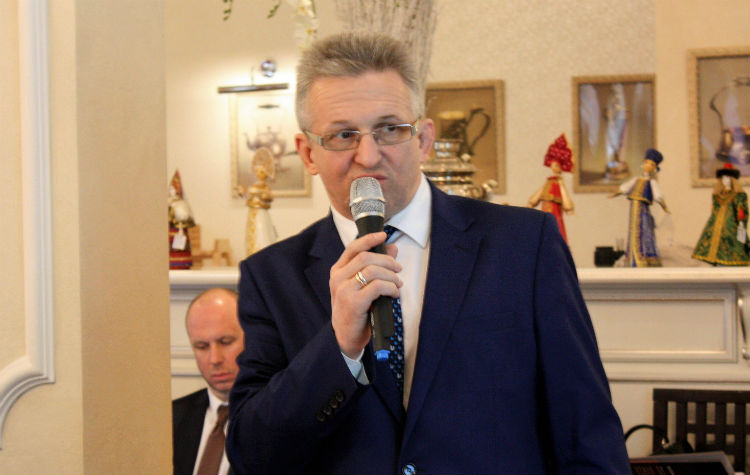 ‘Time has shown that we’re unable to adapt in SAMBO that classifying system which is used, for example, in judo or jujitsu, and therefore, there’ll be some changes made in the procedure of the athletes’ certification,’ claimed the FIAS Executive Director Sergei Tabakov. ‘We propose to use 10-cm belts of blue and red, with the special color stripes to be fixed on them ranging from white to purple (Master). This would signify an athlete’s title yet would not conflict with our basic red and blue outfits.’

Regarding the transfer of athletes to other national SAMBO federations, Tabakov remarked:

‘There are three basic items and factors in our project: an athlete’s citizenship, a country’s representation, and an agreement between the national SAMBO federations. A crucial point here is so-called quarantine that should last for two years in case an agreement between the federations involved has not been reached. On the contrary, if there are no claims against the transfer, and such an agreement has been reached, then there’s no need in the quarantine.’

These proposals had been unanimously approved by the members of the Executive Committee.

[Photogallery] FIAS Executive Committee Meeting in Moscow, Russia
Tags:
Share
News on the topic
Blog
Recent photos
Latest news
Recent videos
Latest news
Follow latest news You are subscribed!
Thank you! Your confirmation email has been sent to your email.
This website uses cookies to ensure you get the best experience on our website More info Got it!