“Actually, we are not supposed to support anyone during the international competitions” 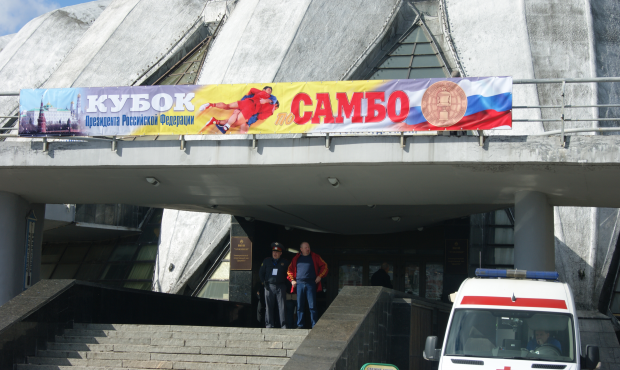 Last Saturday sambists from 8 countries competed in face-to-face combats. On that day the Cup of the President of the Russian Federation in SAMBO was up for grabs for the sixth time in the history. Now let’s find out who got the main prize, who got most seriously injured and who managed to make a photo with Fedor Yemelianenko – here’s our story.

That old Russian face-to-face combats occurred almost every week and enjoyed special popularity during the Pancake Week. Dozens of men from 16 till 60 years of age fought bare-knuckle to show their strength and prowess, and to cheer up the folks as well. Over the years such fights have faded away, but they come recalled at least once a year in Moscow. The competitions format is not as extreme as it was in days gone by, and yet it gives a certain feedback here. 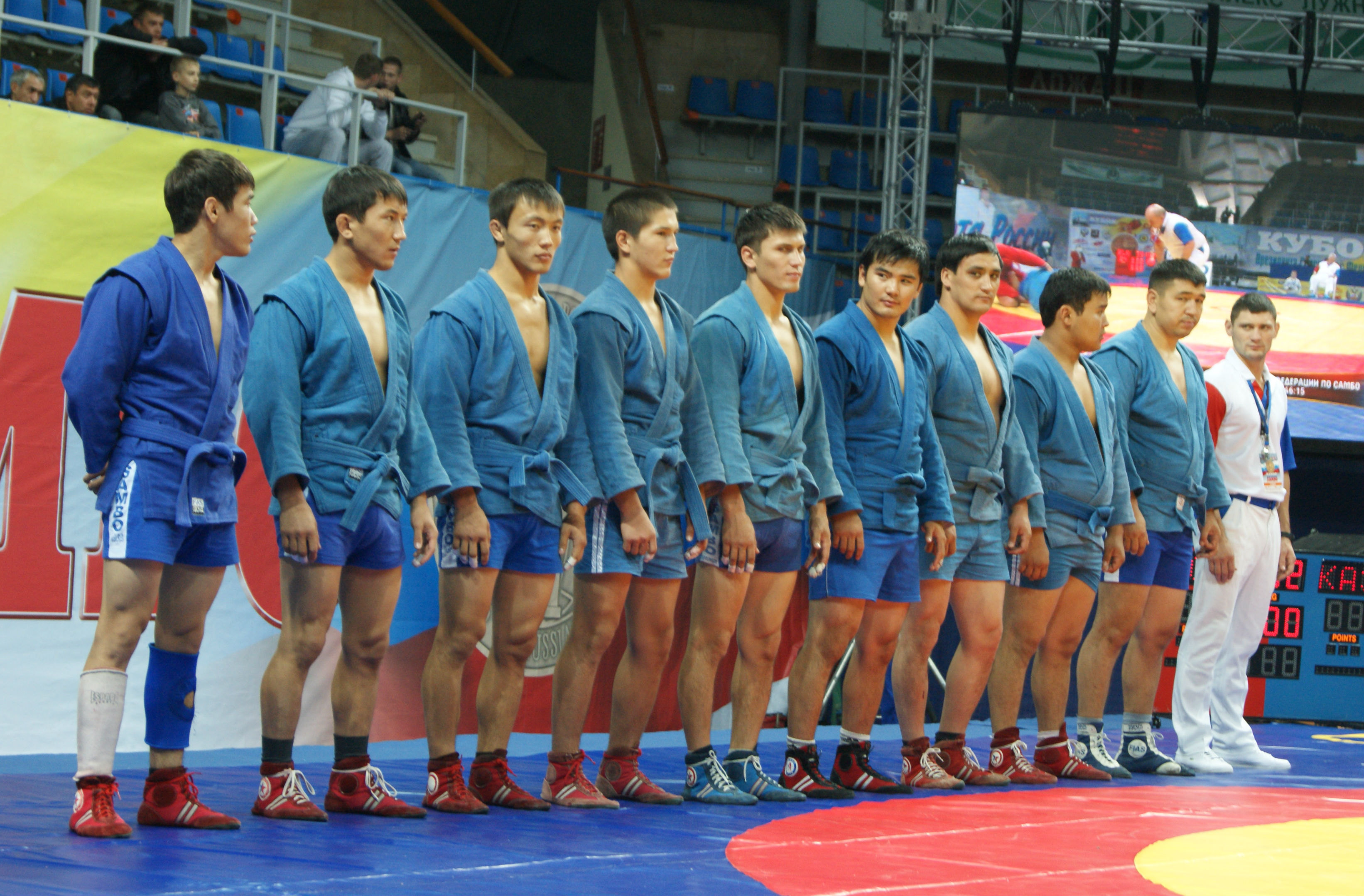 This time around the event for the Cup of the President of the Russian Federation in SAMBO took place in the multi-purpose sports hall Druzhba - a truly home place for sambists. A banner announcing the tournament welcomed spectators and participants at the entrance to a majestic building that had seen a good deal of competitions in its history. It is worth noting that athletes were coming in through the service entrance under that banner, and the fans – through the main entrance over it. The ambulance was on call nearby just in case. 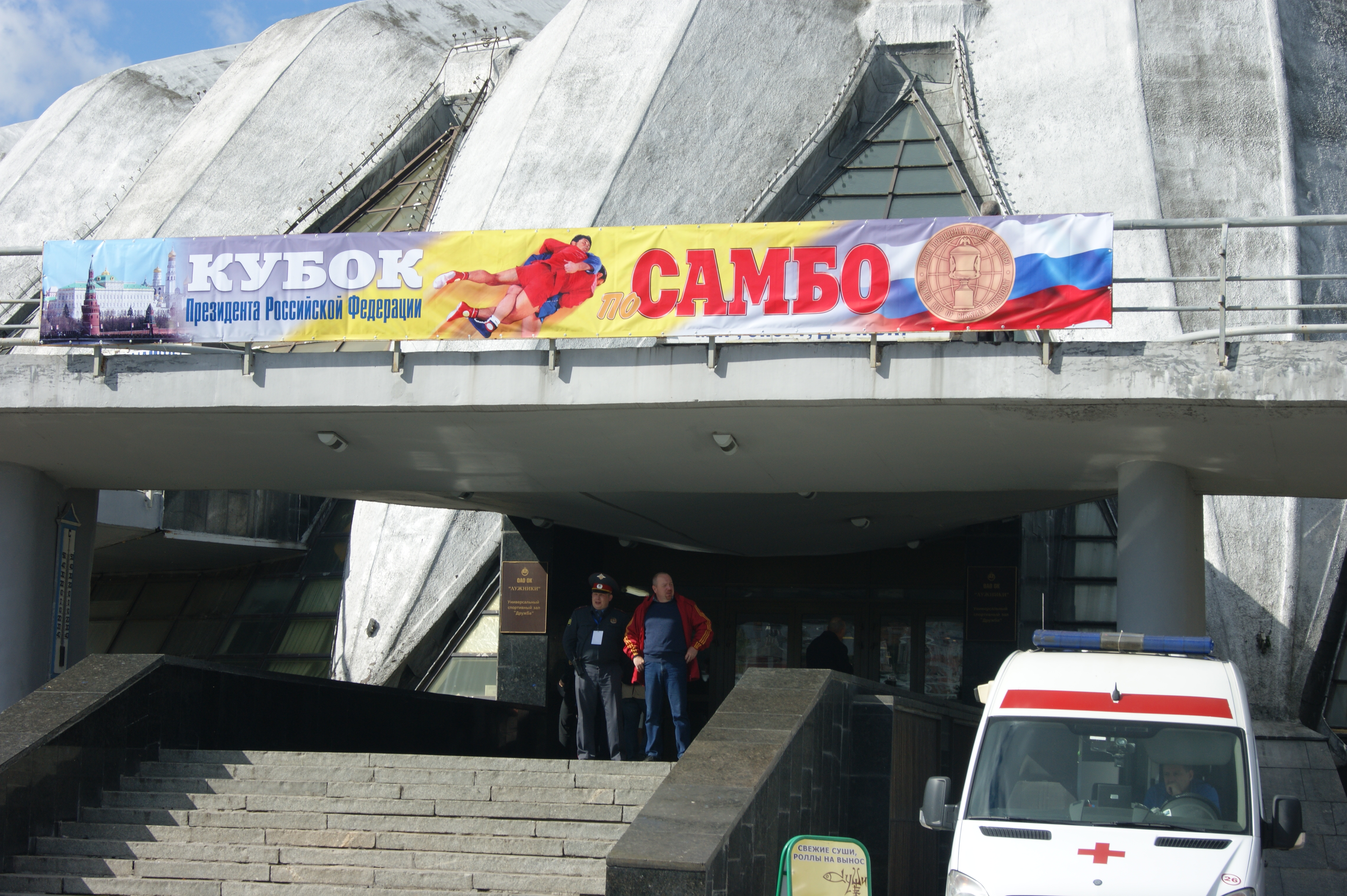 The atmosphere during the preliminaries was pretty much home-like. The athletes got changed straight on the stands, while a small audience was moving freely to find a better-view place. And only ware and waking security was ultimately strict about having tickets and accreditations that provided access to different sectors of Druzhba hall. 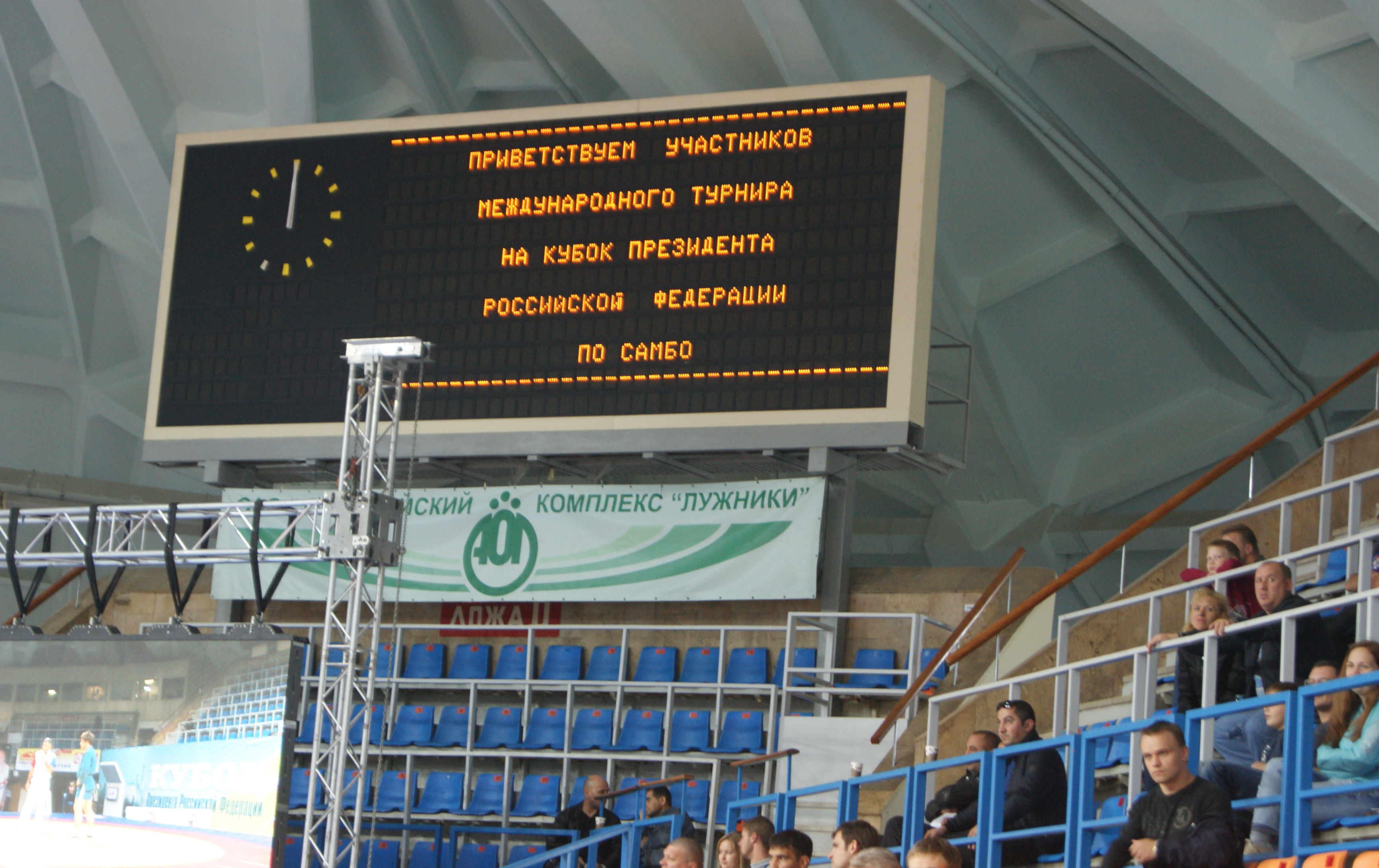 During the competitions the fight between the national teams of Belarus and Ukraine for getting into the final was the center of attention. According to the Regulations, the team results shall be determined based on the results of consecutive fights of 9 athletes in each weight category of combat SAMBO. The intrigue was that Alexander Vakhoviak representing the Belarusian team in the closing category of over 100 kg, had a long-standing injury that became evident. He could no longer fight, but the Ukrainians didn’t know it at the time… 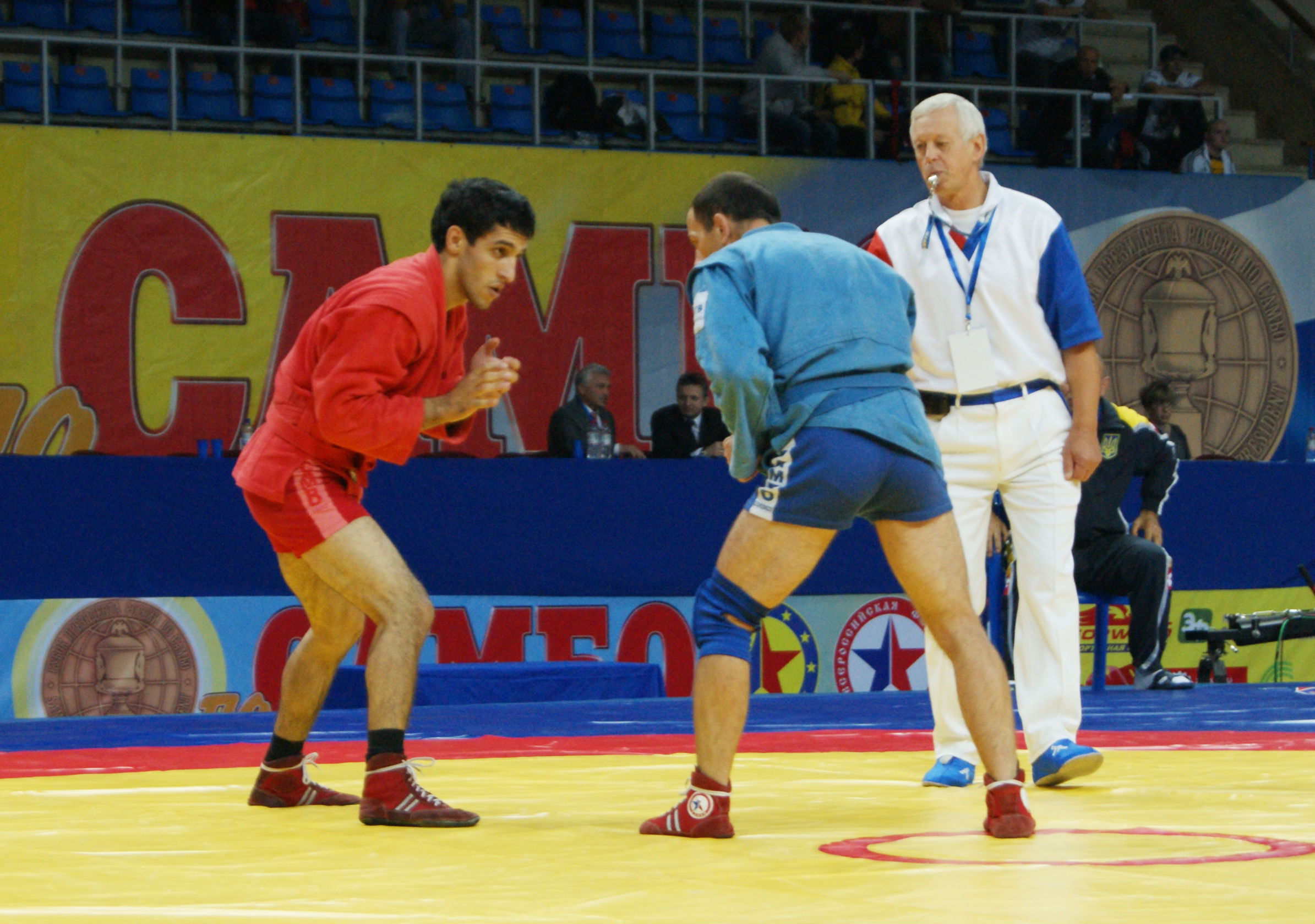 The fight between the two national teams proved to be hard and exciting. The match between Viktor Savinov from Ukraine – multiple world champion – and Magomed Abdulganilov from Belarus was one of the key fights during the competitions. The fair contest accompanied with a swing score nevertheless resulted in a vivid victory of the Ukraine’s representative. The secretary who recorded the result in the score-shit then told to the colleague “After all, Viktor means Viktor!” 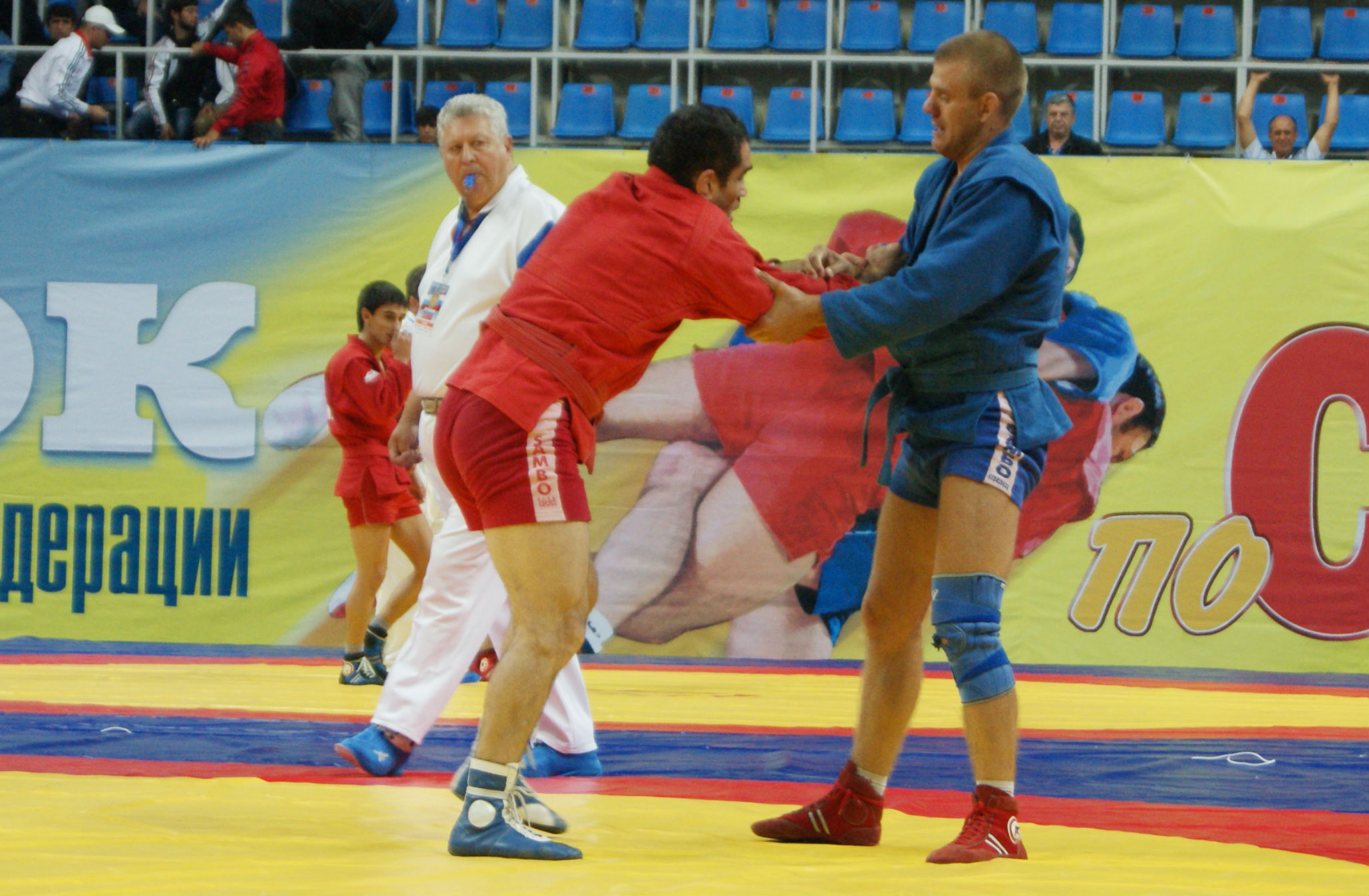 After winning, the hero of the fight could not rest heavily worrying about the outcome of the next match. The judging became the reason for such anxiety of the Ukrainian sambist, who was flourishing his arms about. 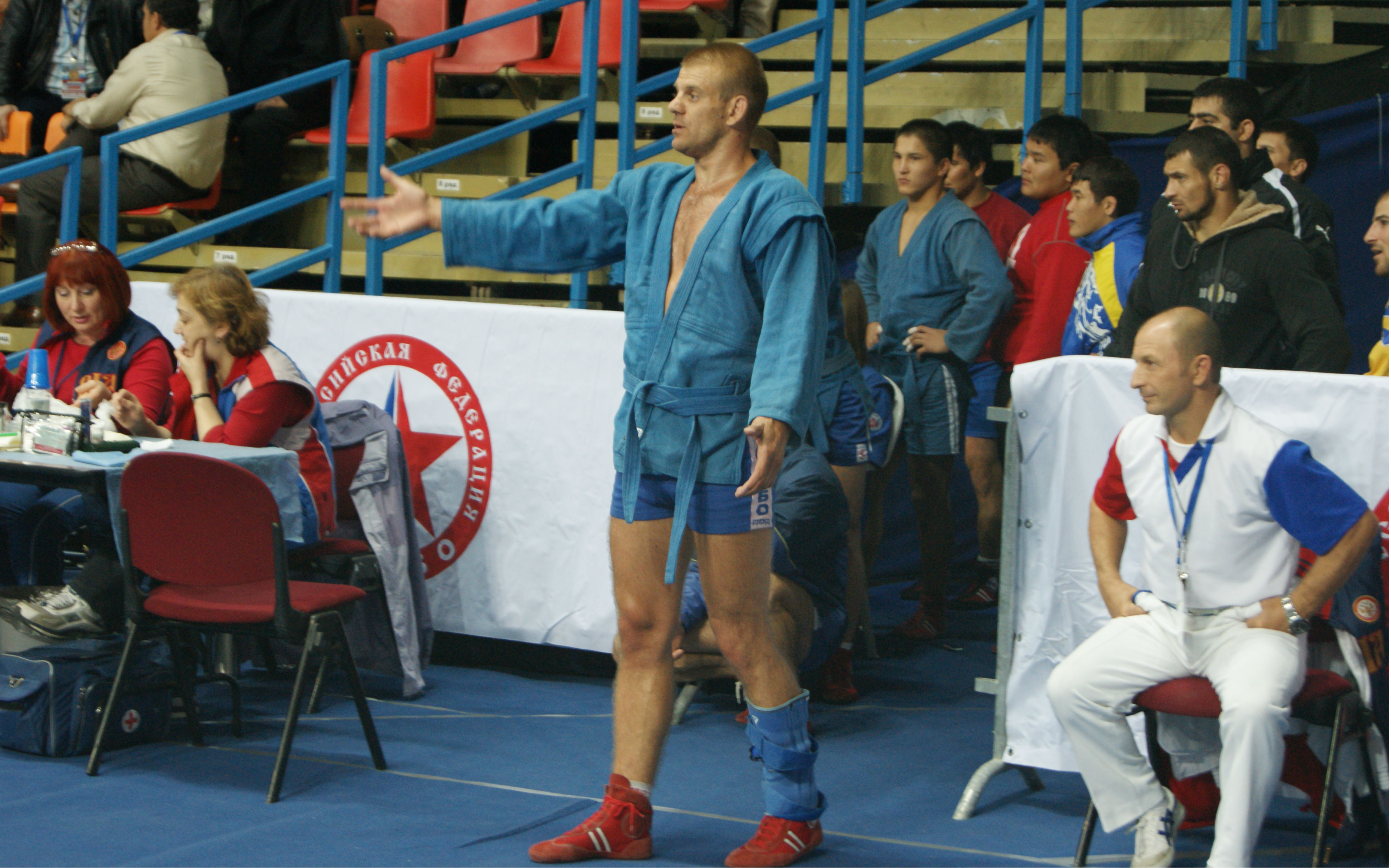 Indeed, the referees were at odds which resulted in suspending the fight and holding an urgent meeting. 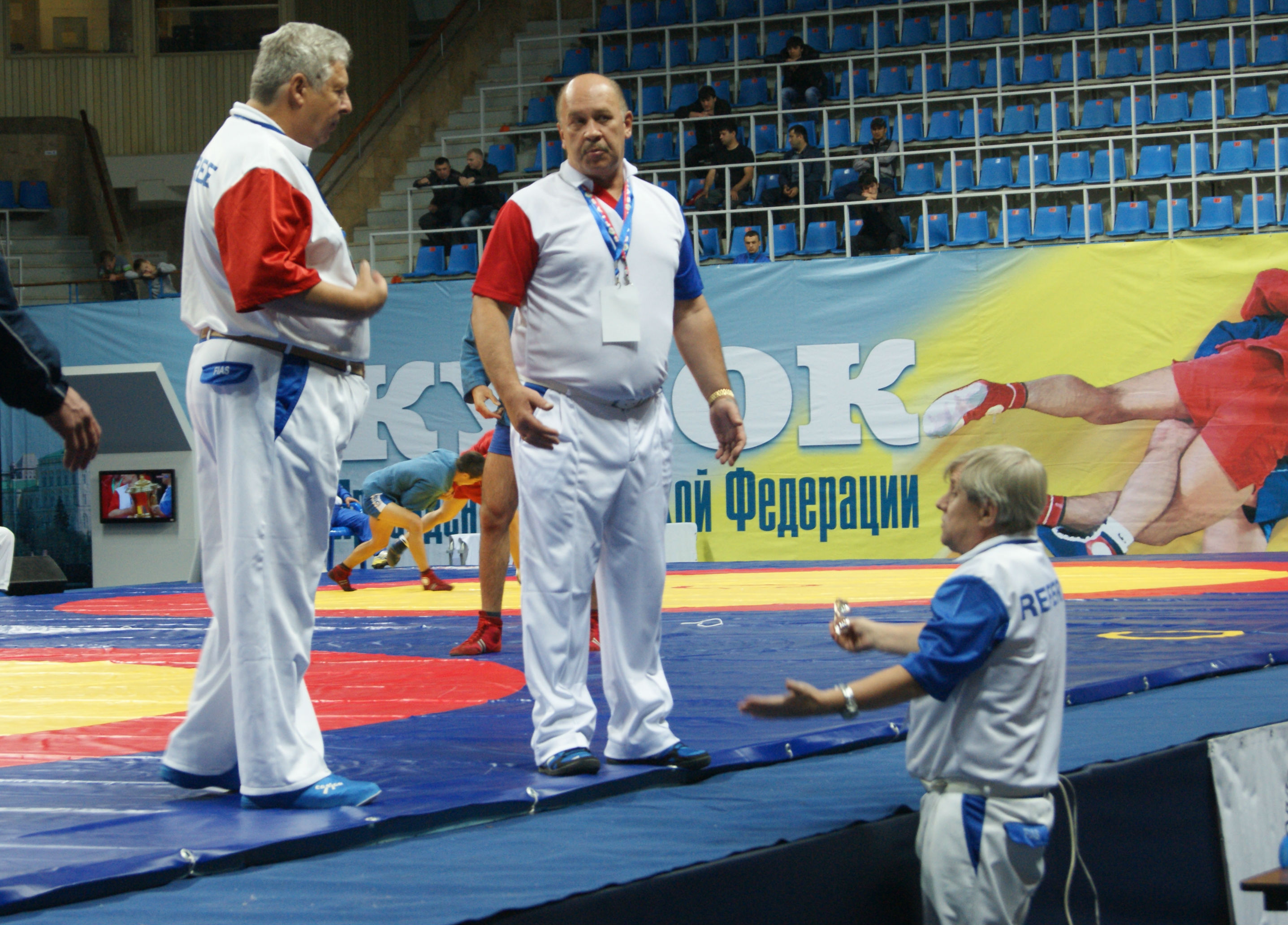 However, Viktor Savinov was unhappy with the results.

– I have some questions about the judging. We came almost short of two weight categories, so in the end we lost 4:5, while it could be a 5:4 victory, – the athlete said in the interview on the FIAS website at the end of the fight. – Admittedly, Belarus and Ukraine are acknowledged leaders in the world of SAMBO. On our end, there is a certain crisis in Ukraine now, all the more so as SAMBO hasn’t become an Olympic event yet. However, we brought a team of experienced sambists together and came to the competitions. Previously, we had to compete with the national teams of Russia and Belarus starting from the first round, which is why we were out of the tournament at its first stage already. This year we fought with the Belarusians for getting into the final. We could hardly win, but now we are going to fight with the Kazakhstan’s reps for the third place.

That fight was also sharp and intense. As we mentioned before, the national team of Ukraine eventually won. 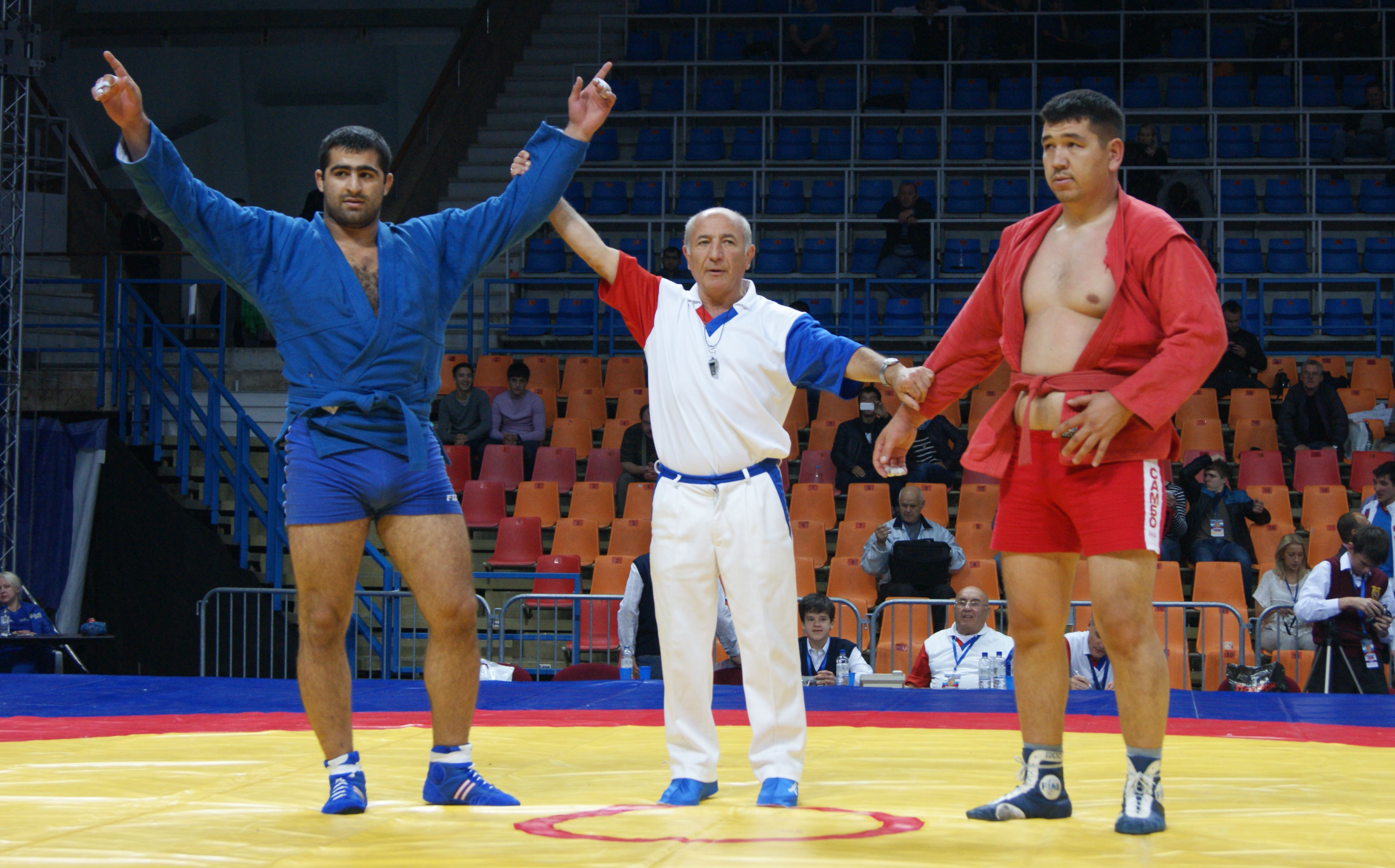 The fight for getting into the final did not come easily to the Belarusians and ended up with Stepan Popov getting injured. Health workers from the Moscow Scientific and Practical Center of Sports Medicine weren’t late in coming and administered emergency first aid. 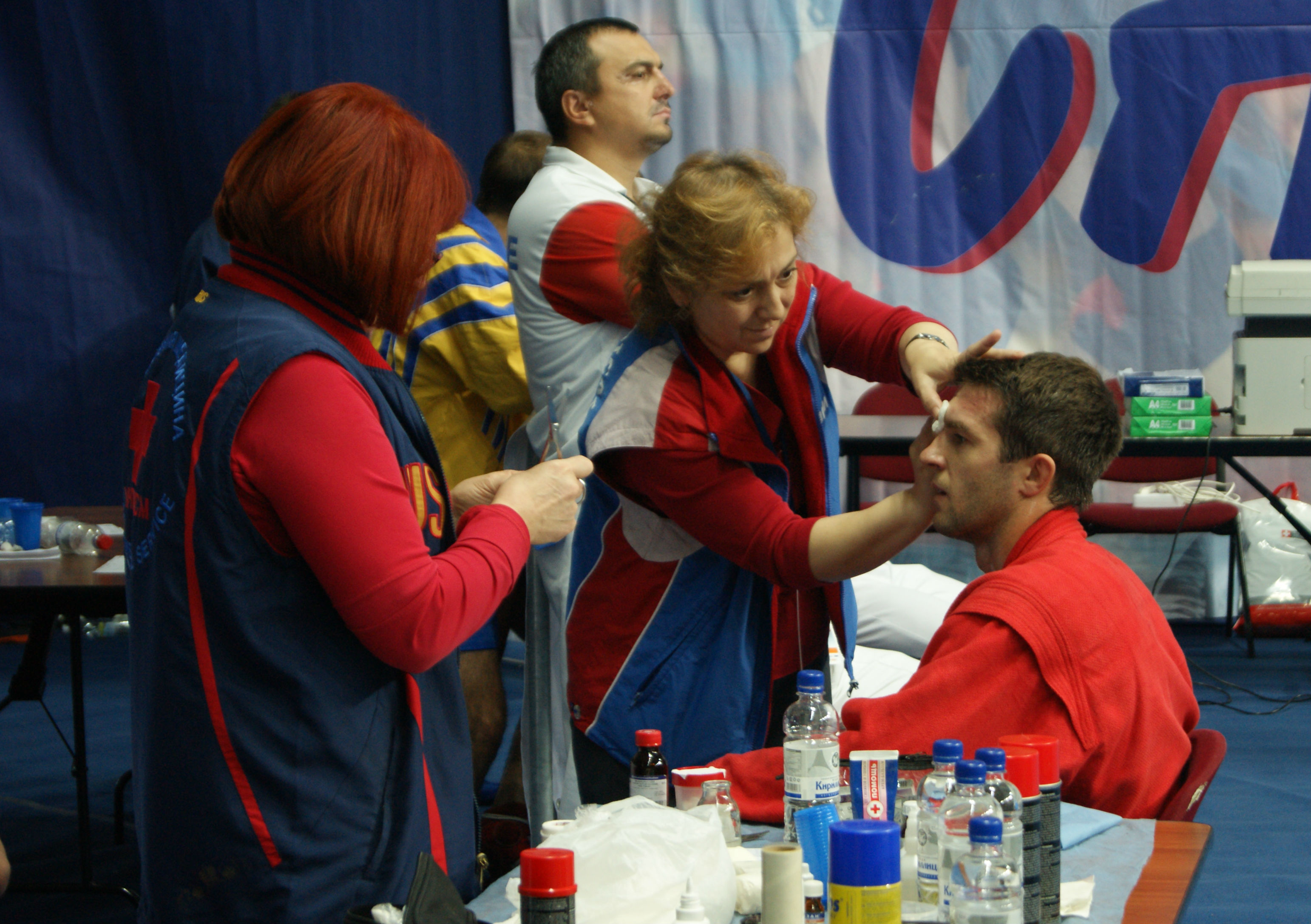 We took heed to ask people who take care of athletes’ lives and health, whether they’ve got lots of work during the tournament.

– There’s only one dissection in the Belarusian, others just got scratches and squats.

– And do you follow the competitions? Which team do you support?

– Of course, we do! Otherwise we will not know who needs help. Actually, we are not supposed to support anyone during the international competitions…

– Of course, we support the home team – the Russians. In case our guys do not compete – the Belarusians.

Despite the health workers’ support preferences, they timely and professionally render aid to absolutely all athletes, carefully treating each injured player. 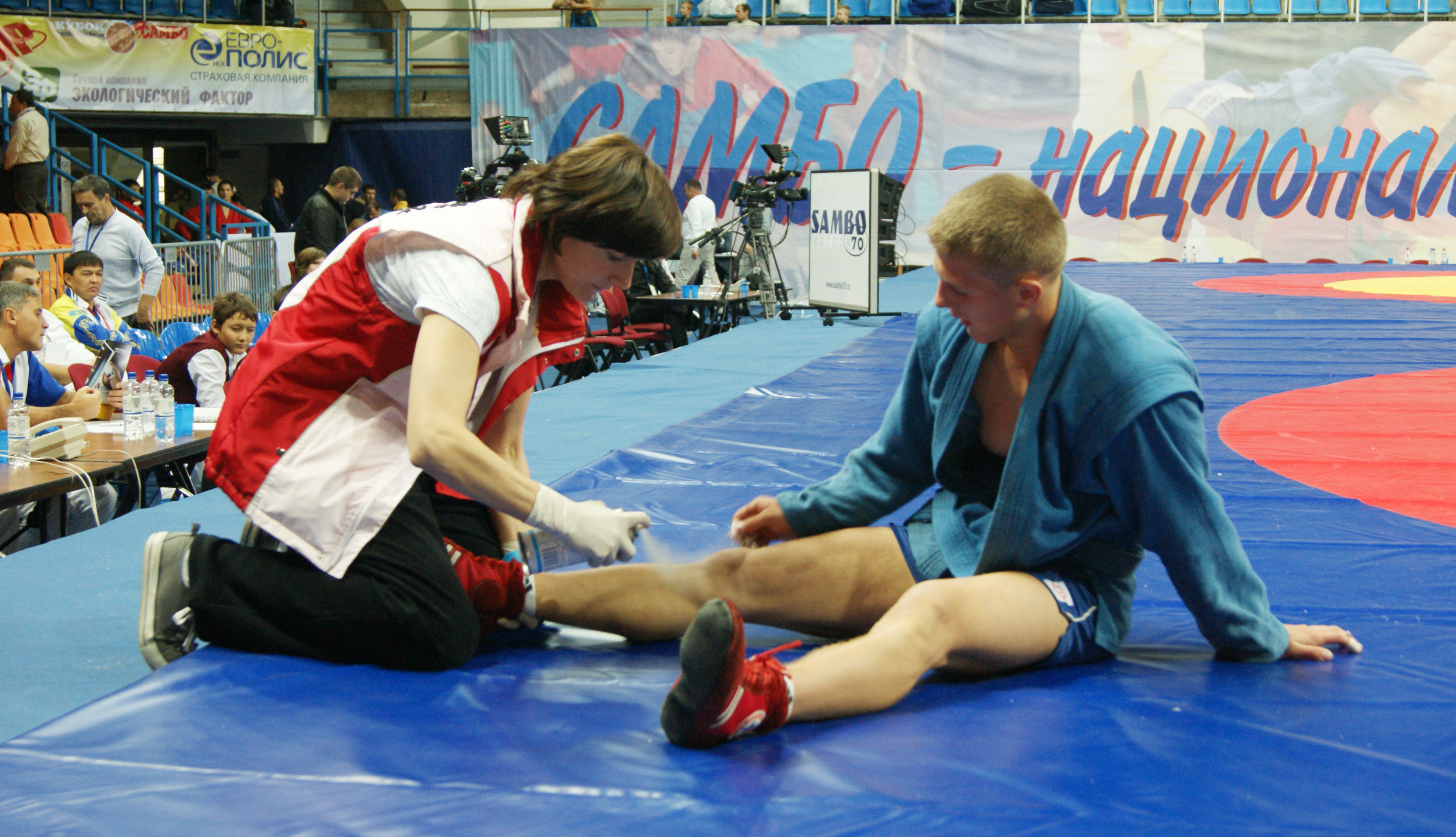 After the preliminaries everyone began to prepare for the Grand Opening and the finals. Broadcasters of every stripe and colour were doing standups… 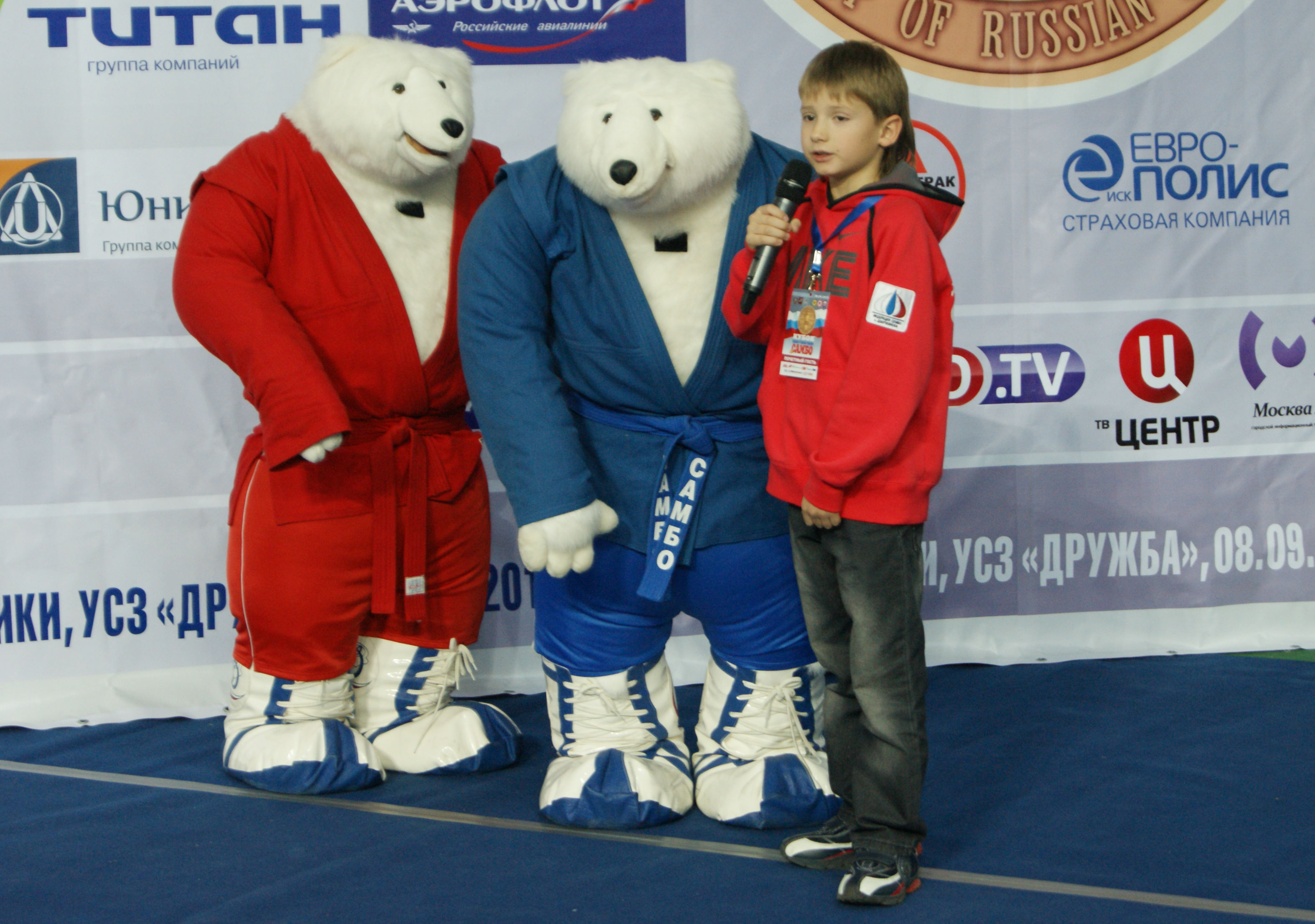 …magnificent spectacle along with lovely scarves devoted to the competitions were awaiting high guests. 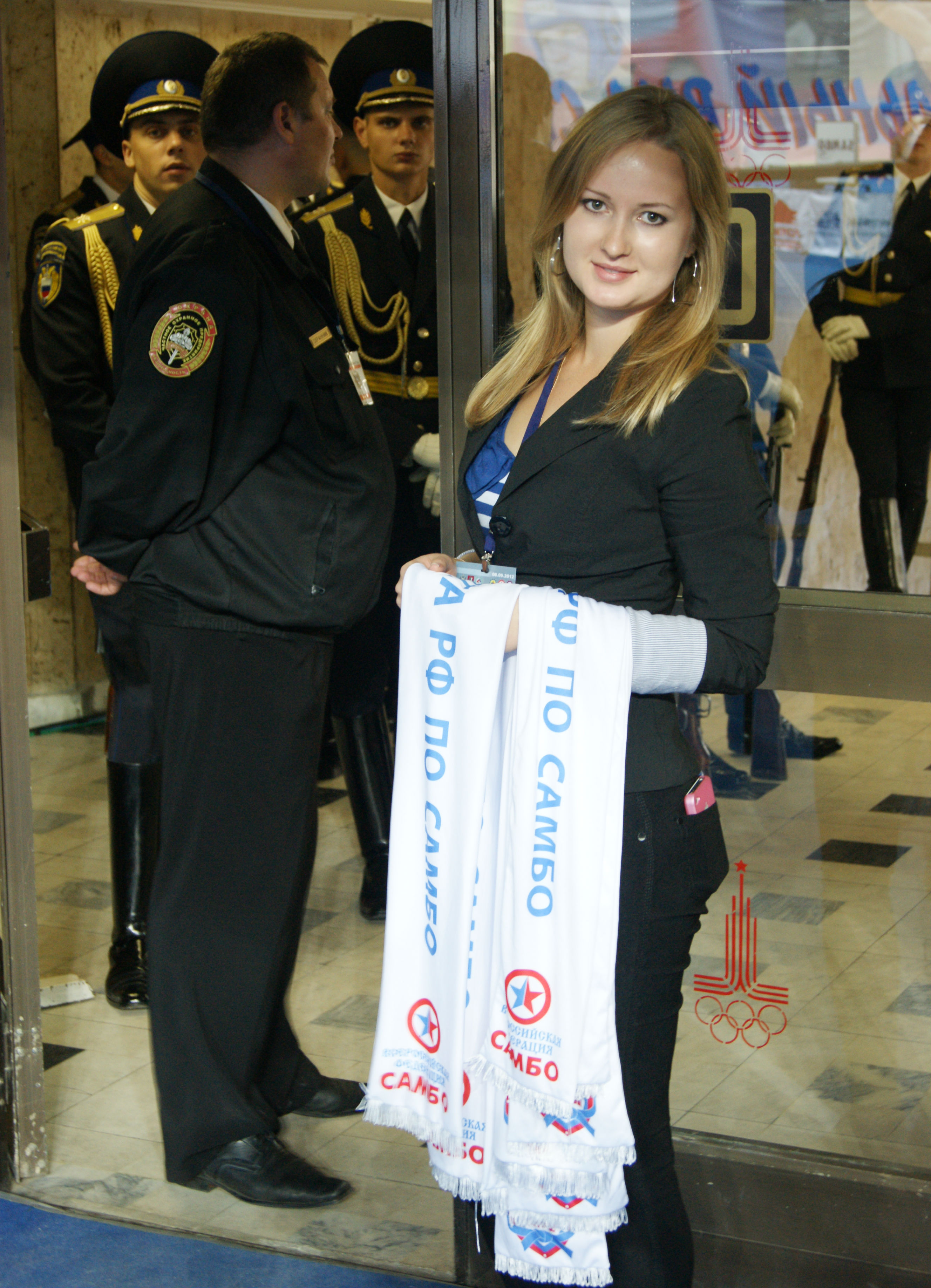 The tournament’s opening ceremony was as always bright and eye-catching. At first everybody feasted their eyes on charming girls with drums… 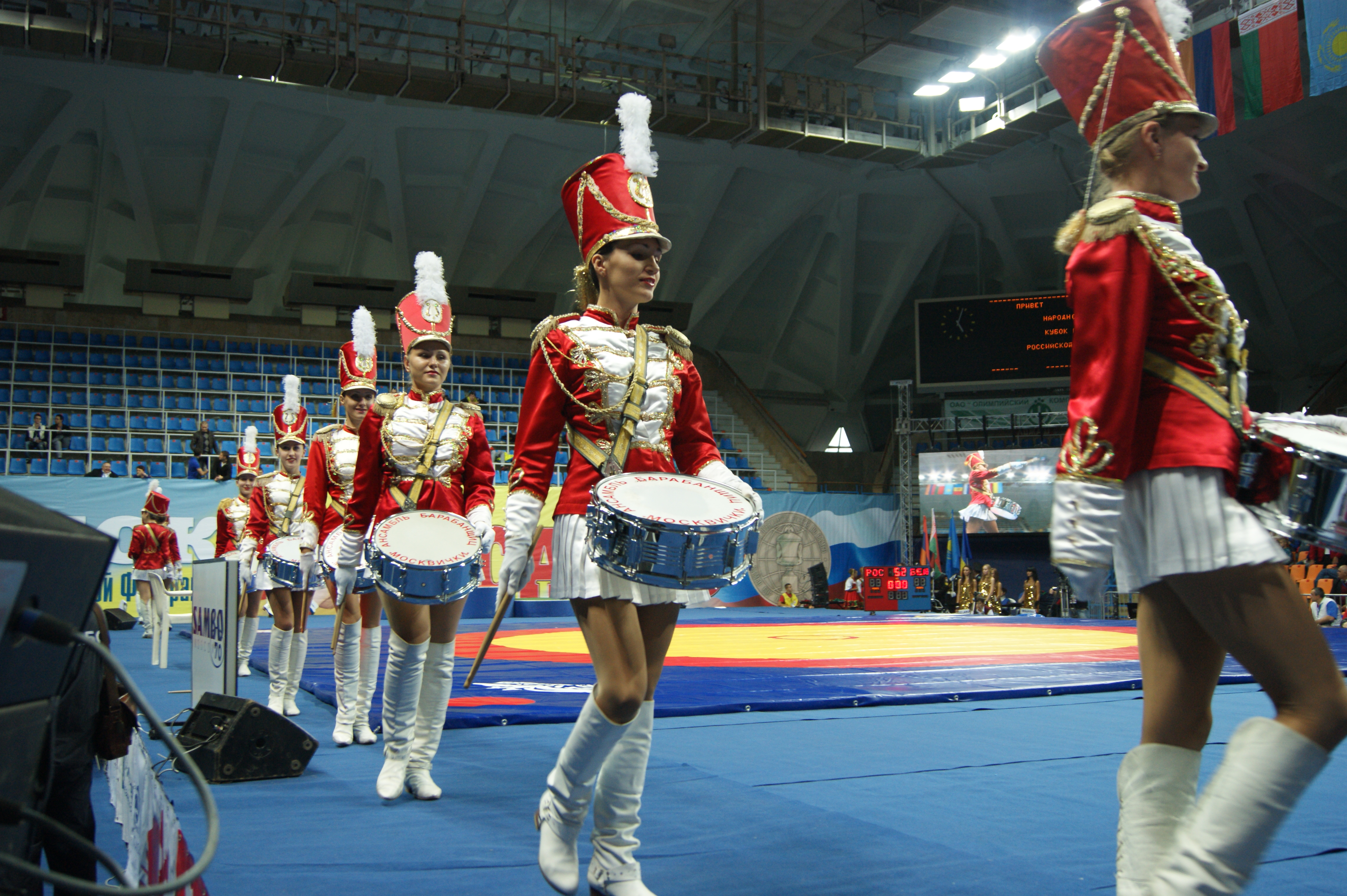 …then they couldn’t take their eyes of men in uniform that were skillfully marching. 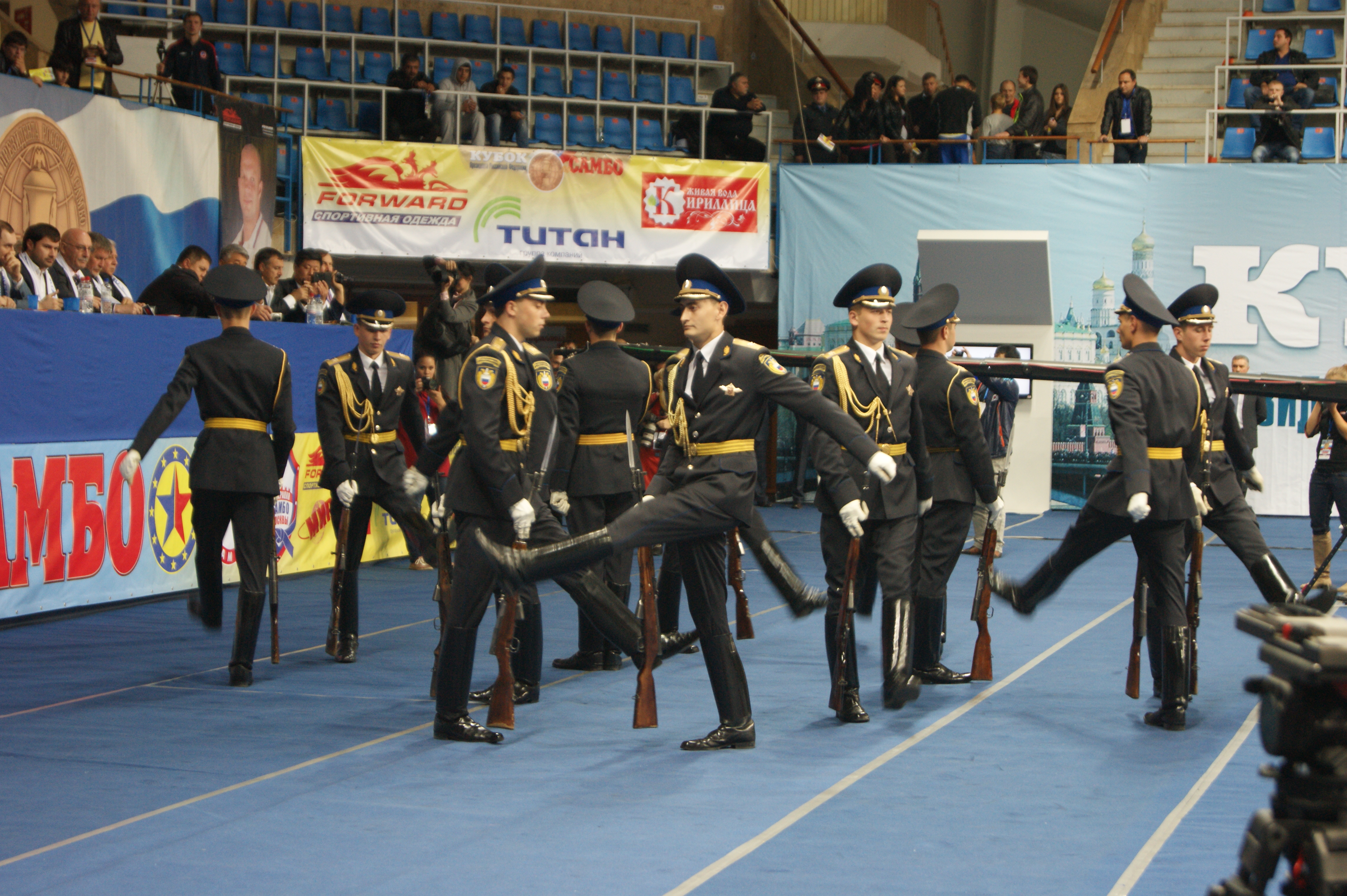 Fedor Yemelianenko attracted everybody’s attention and made people forget about colourful performance. Coming into the hall, he caught everybody’s eye and became a focus of photographers’ and videographers’ attention. The youngest fan of SAMBO that was standing near Fedor, happened to be the most courageous one and asked famous athlete for an autograph. Fedor was pleased to sign it. 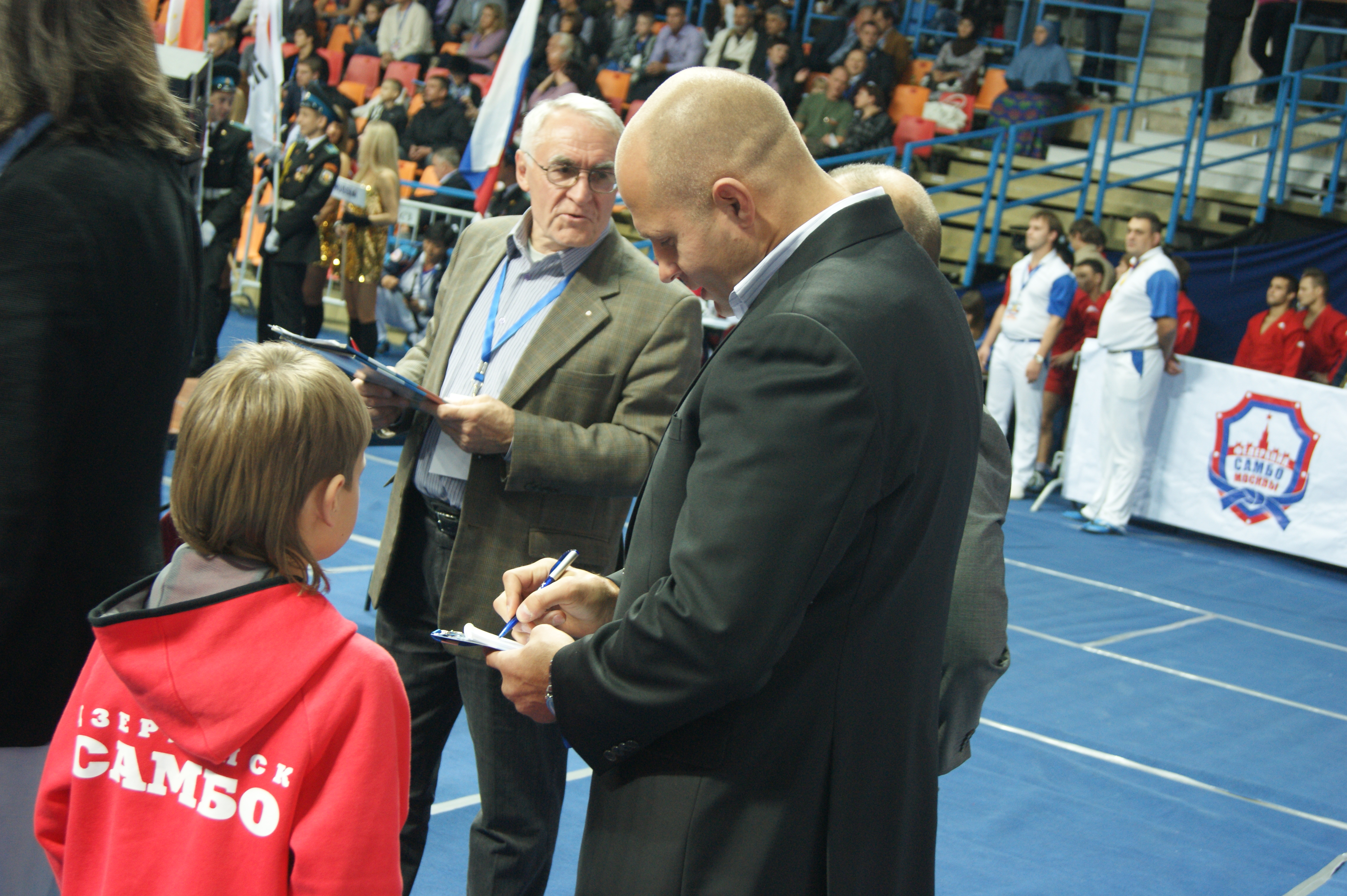 In the meanwhile, the ceremony continued with the presentation of all the teams, followed by final fights between the national teams of Russia and Belarus. 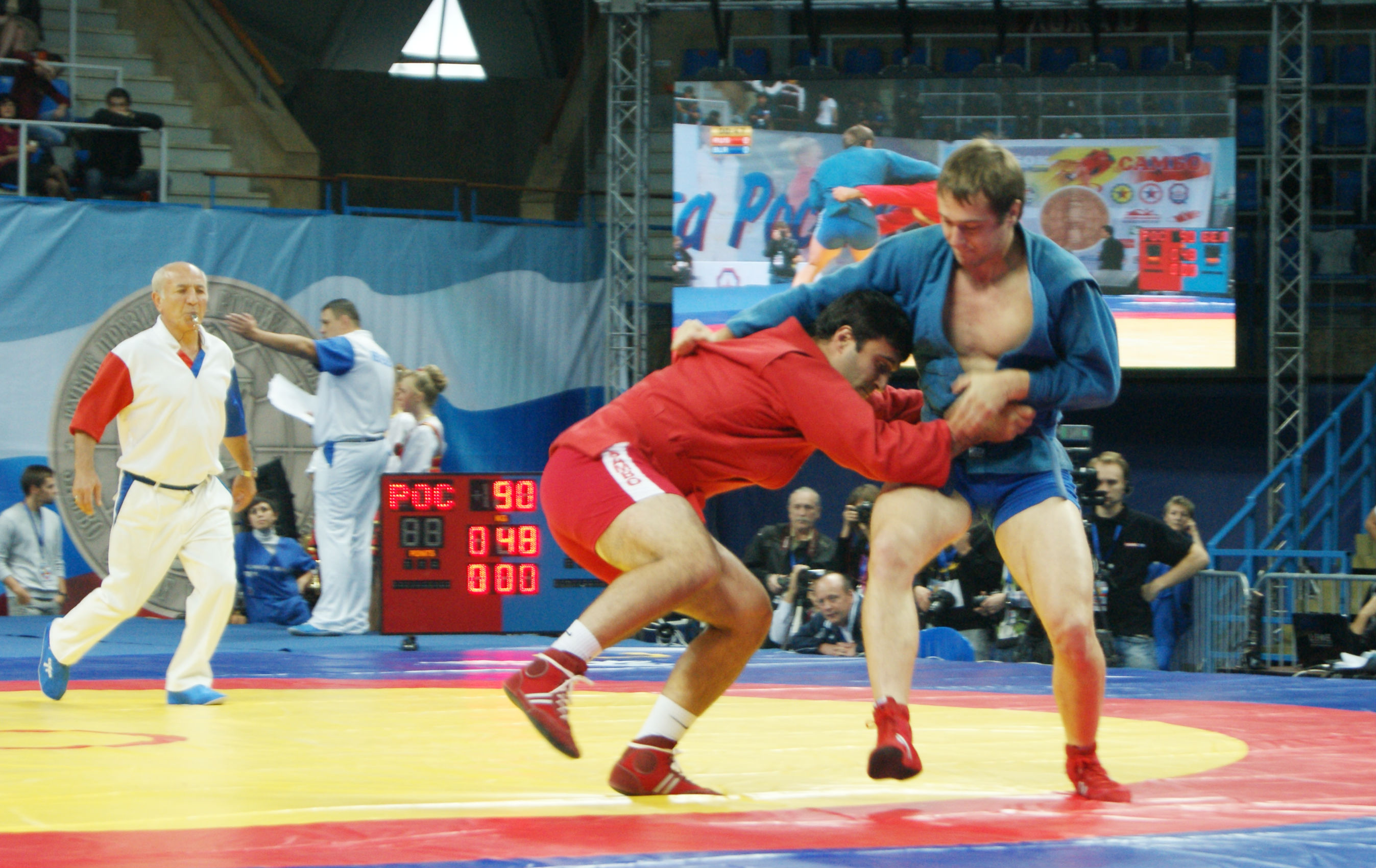 While the audience was watching the event… 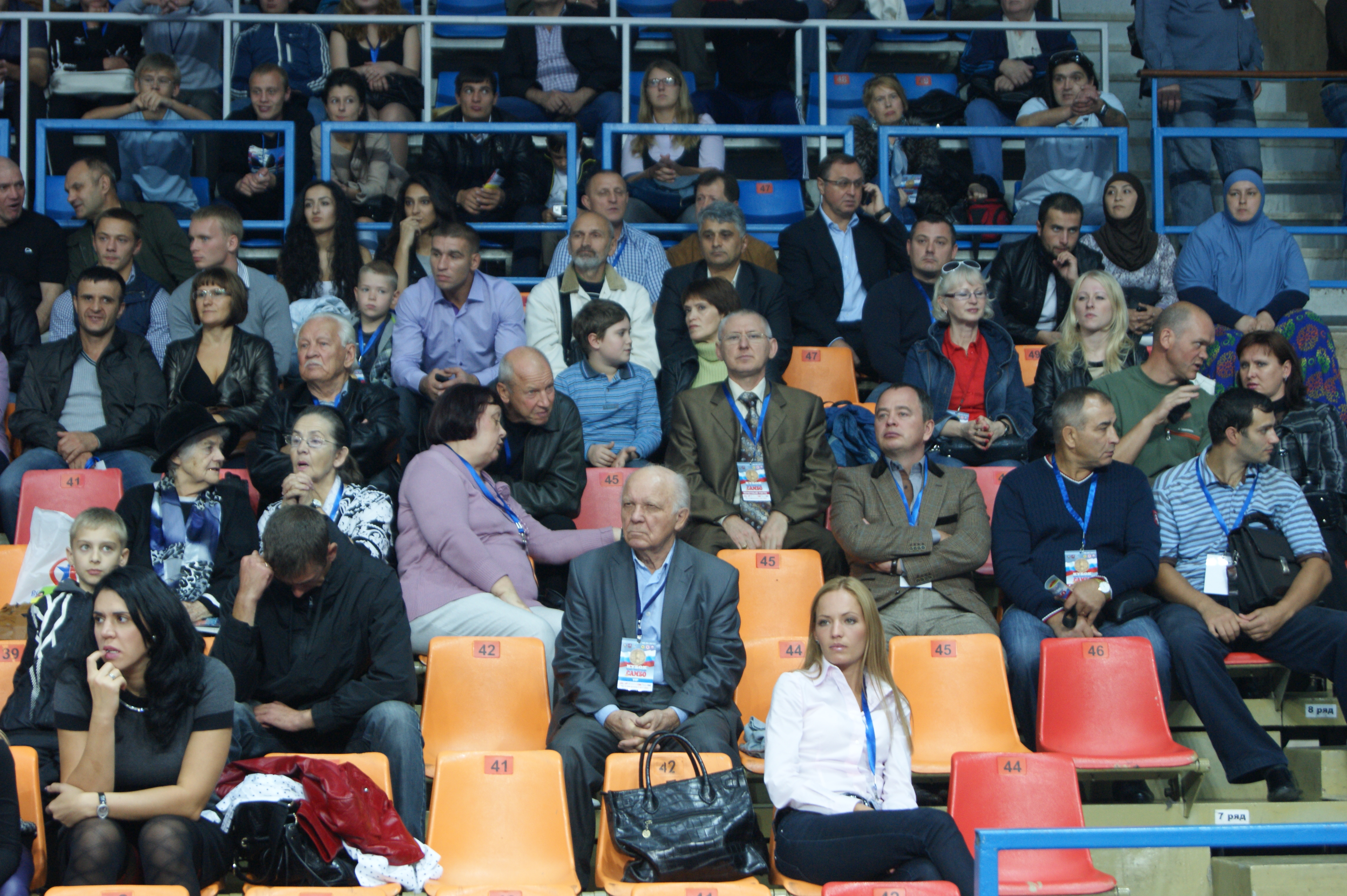 …athletes and guests clustered round Fedor Yemelianenko and made pictures with him. Again Fedor refused nobody. 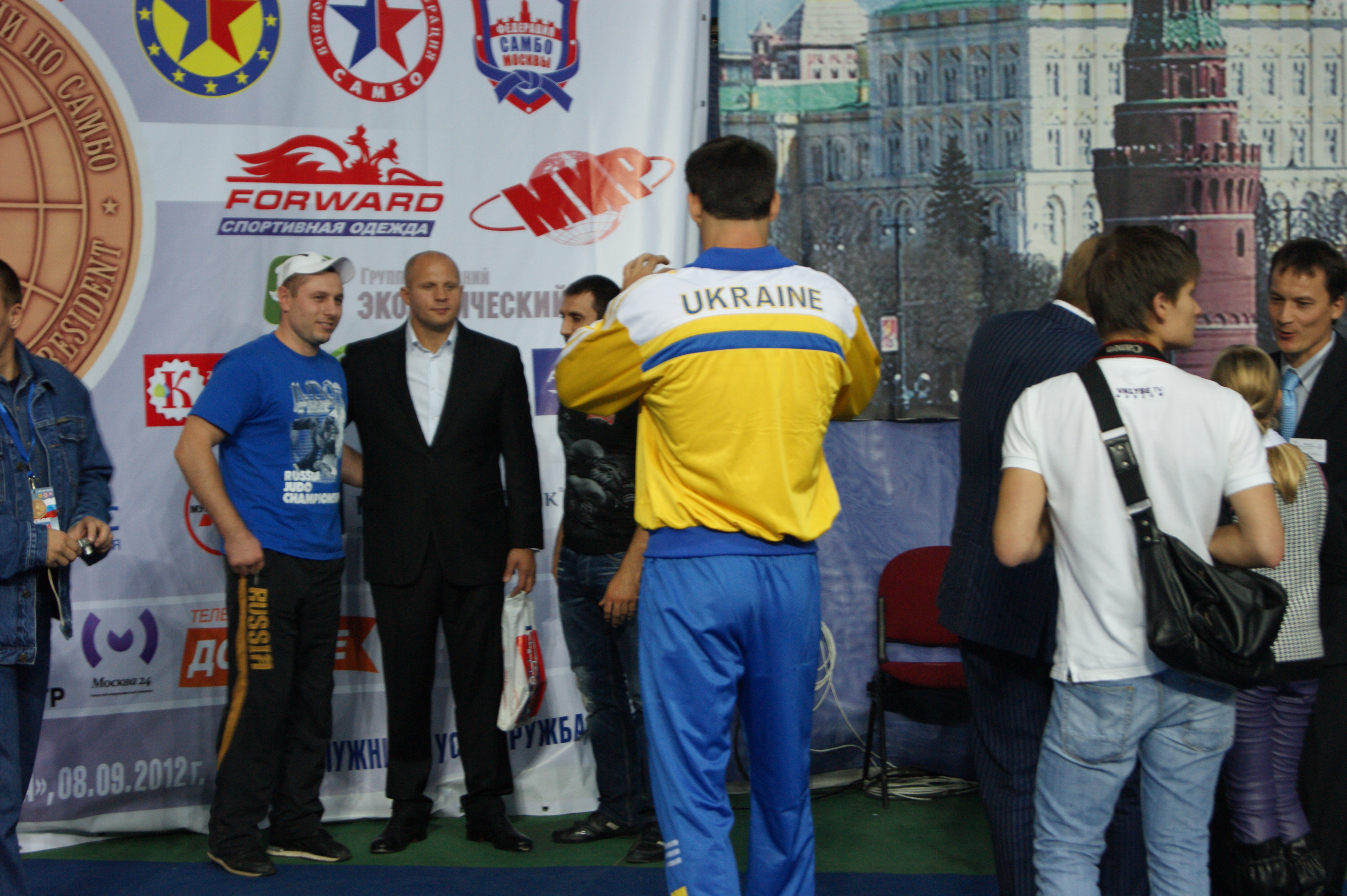 The equal beginning of the fight brought forward the proof of what the President of the All-Russian and European SAMBO Federations Sergey Eliseev said during the interview for our website before the finals. Making his forecast, Sergey Vladimirovich stated that a stiff fight awaited the audience since both teams had fielded full-strength make-ups. However, soon afterwords the Russians managed to discourage the Belarusian sambists and won the Cup of the President of the Russian Federation for the sixth time in a row. 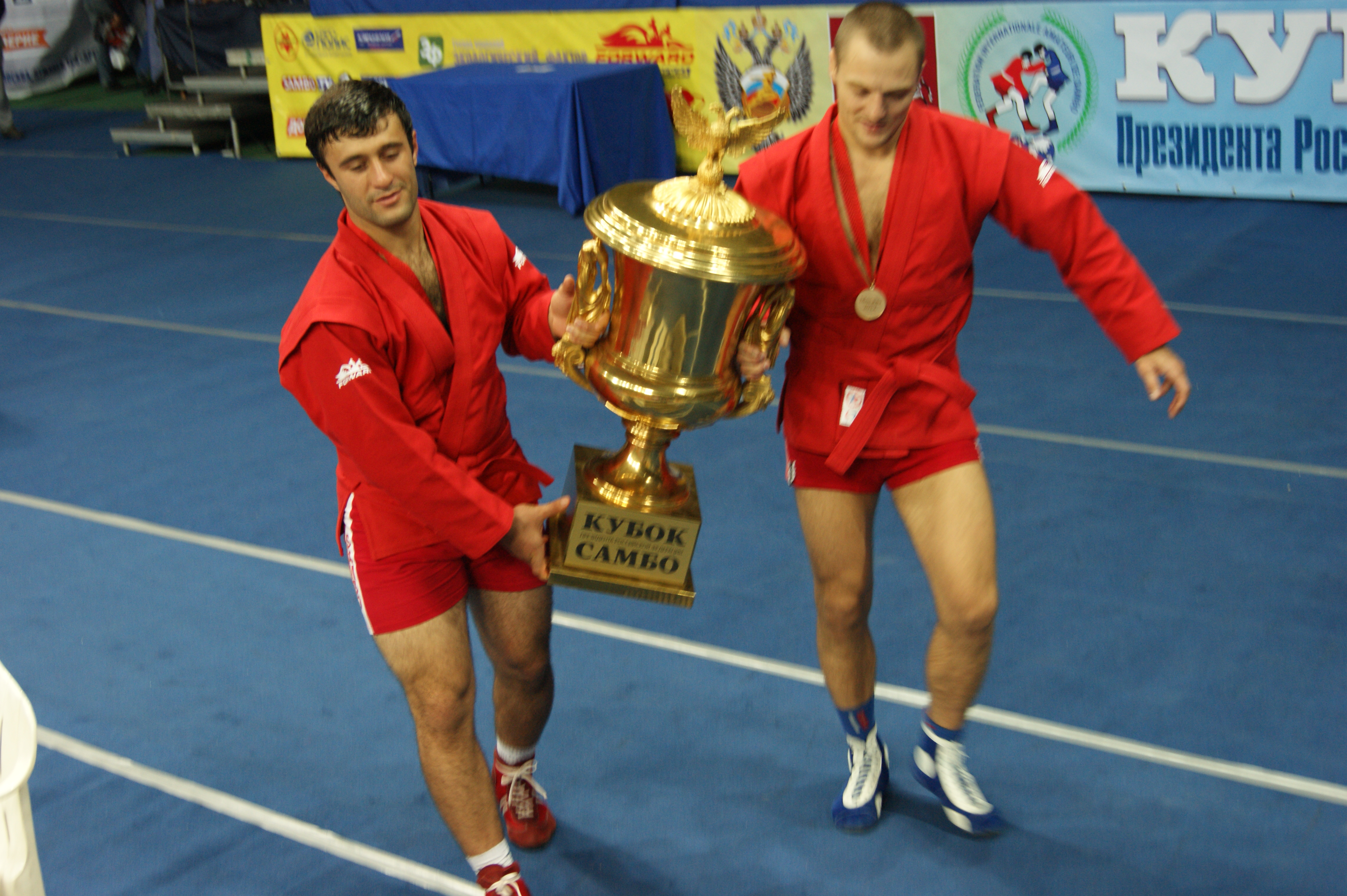 – I believe the result reflects the current world SAMBO line-up, – commented Viacheslav Kot, the Belarusians’ coach. – However, that’s not to say that we accept such state of things. Naturally, every athlete, every country wants to be the first. That’s why we fought as best we could. Well, Russia is a great country and it’s first for the day. 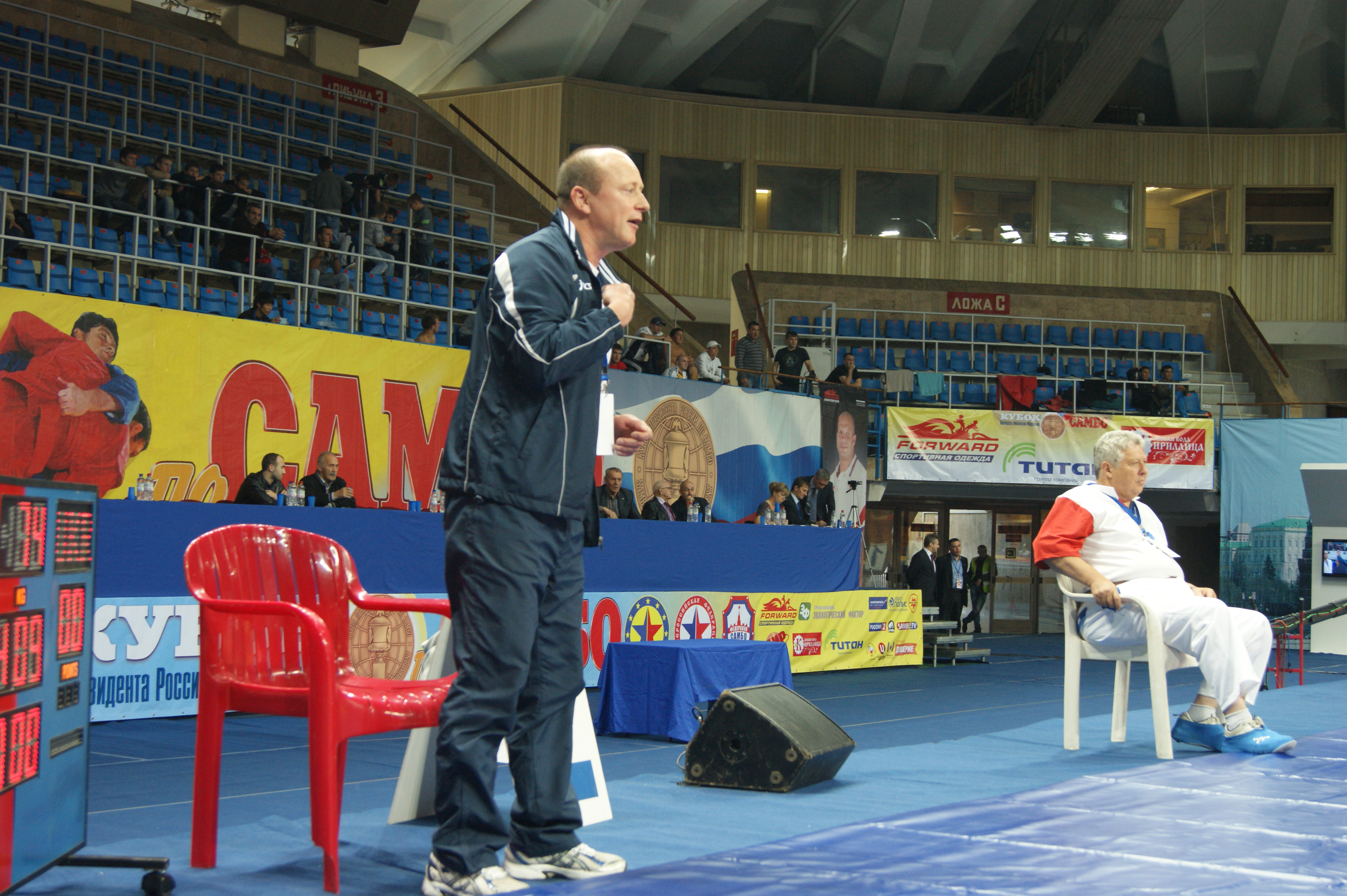 – I wish there are more such tournaments, after all this is the festival of SAMBO, – Evgeny Isaev, the newly-crowned winner of the Cup of the President of the Russian Federation, says while fastening the eyes on his golden medal. – Unfortunately, I didn’t get a chance to fight in the final – the opponent got injured and wasn’t able to compete. However, I was fully ready to the match, besides, I made no question of the guys. I must say that it’s much more easier to fight than to watch fights, after all, you come to the field and settle a matter on your own. And watching how your friends perform from the outside turned out to be really difficult. But the main thing is that we won! 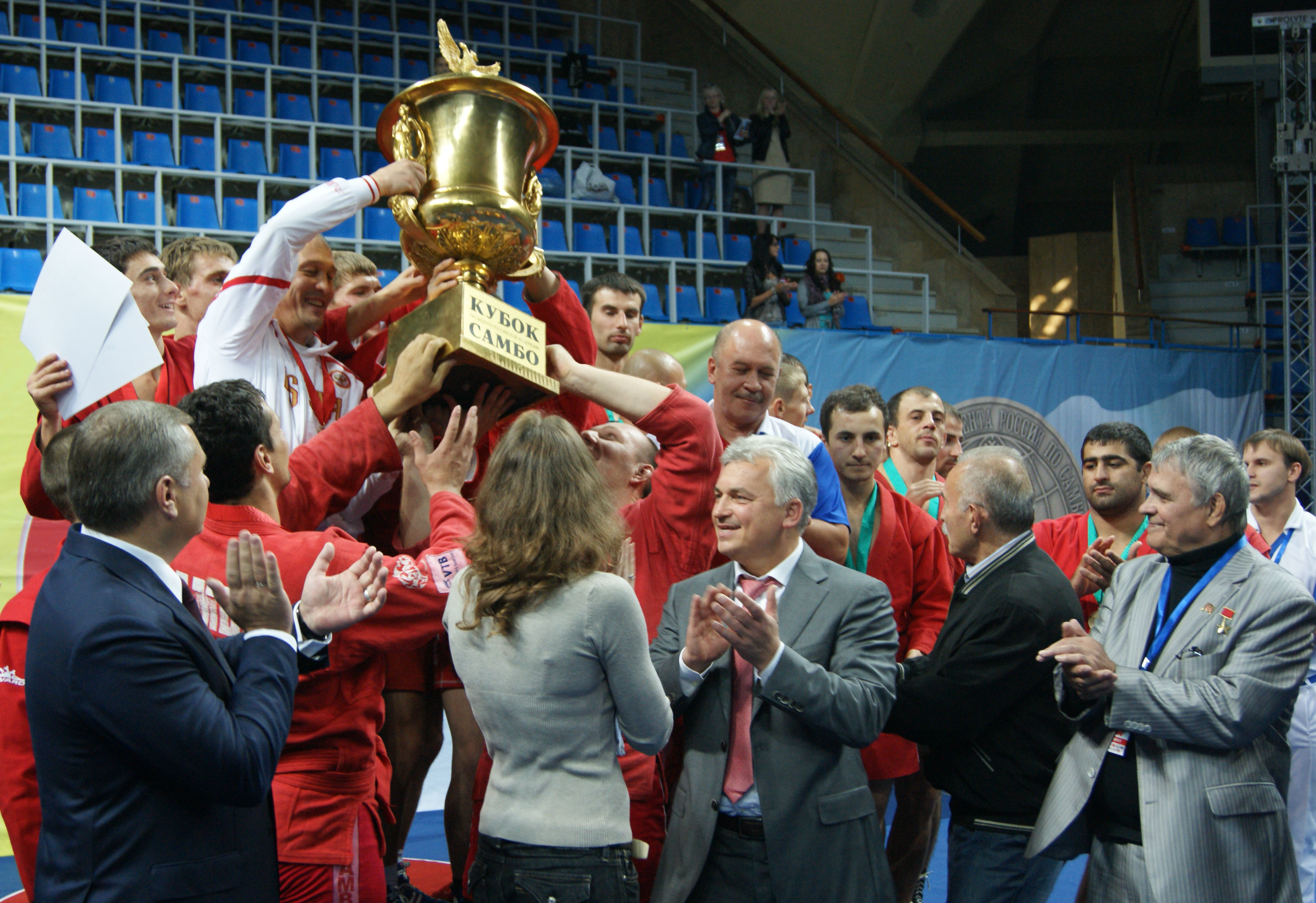 Needless to say, that the placement in the tournament was absolutely fair. However, some experts had certain claims against the competitions themselves. In particular, the Chairman of the Belarusian SAMBO Federation Vladimir Yaprintsev was dissatisfied with attitude of the national teams of Korea and Tadzhikistan to the competitions. According to him, those teams had fielded the athletes far from the strongest ones who were more like “tourists” in the tournament.

It’s pretty much difficult to say which goals the South Korea’s national team had, but they did manage to make an impressive team photo during the tournament. 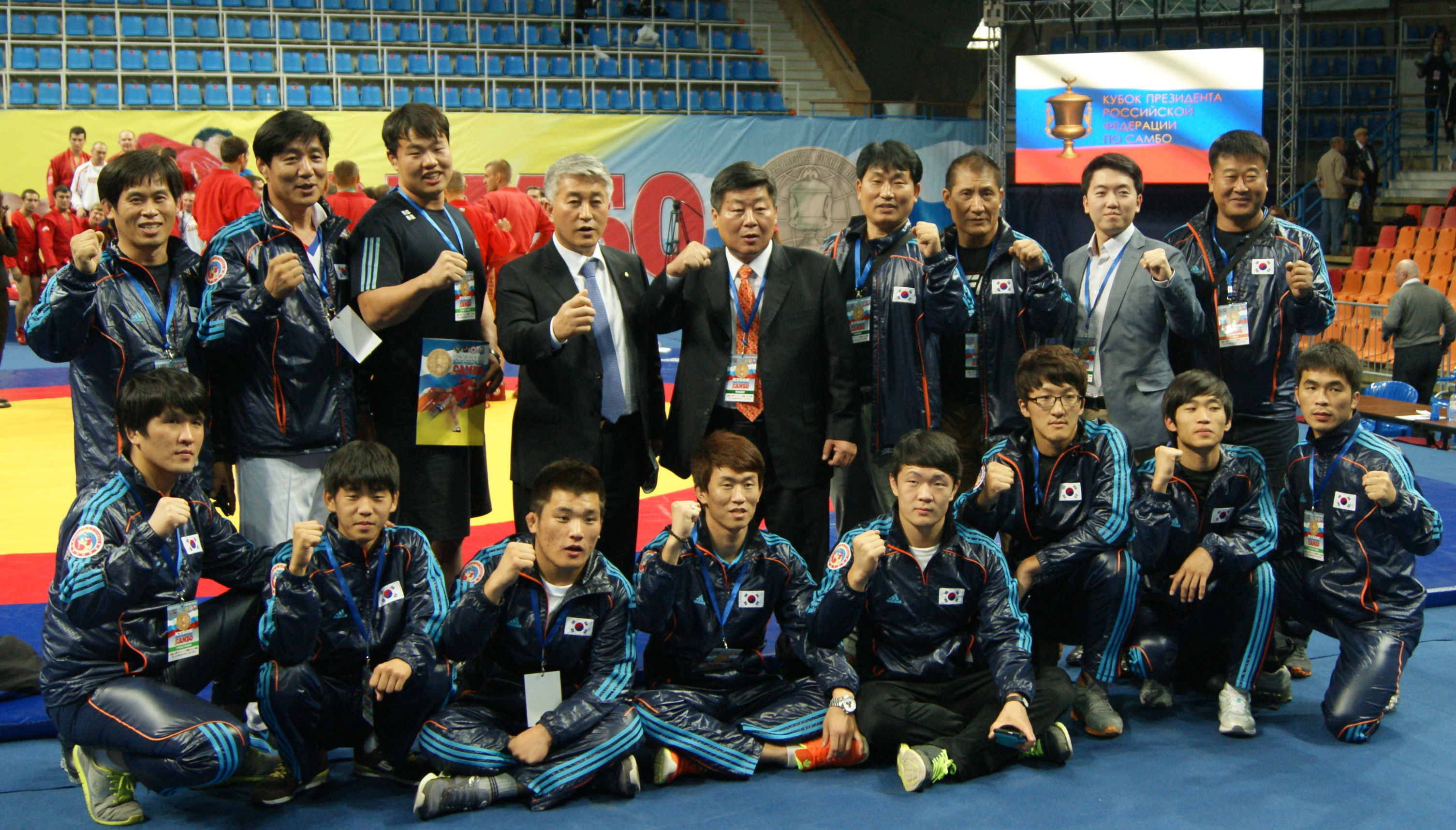 Such kind of comments gives reason to expect the tournament to be modified somehow in future. In particular, there is an idea to convert it to a team competition for security agencies – Ministry of Internal Affairs, Federal Security Service, Ministry for Civil Defense, Emergencies and Disaster Response, etc. According to organisers, the decision will have been taken till the end of the year. 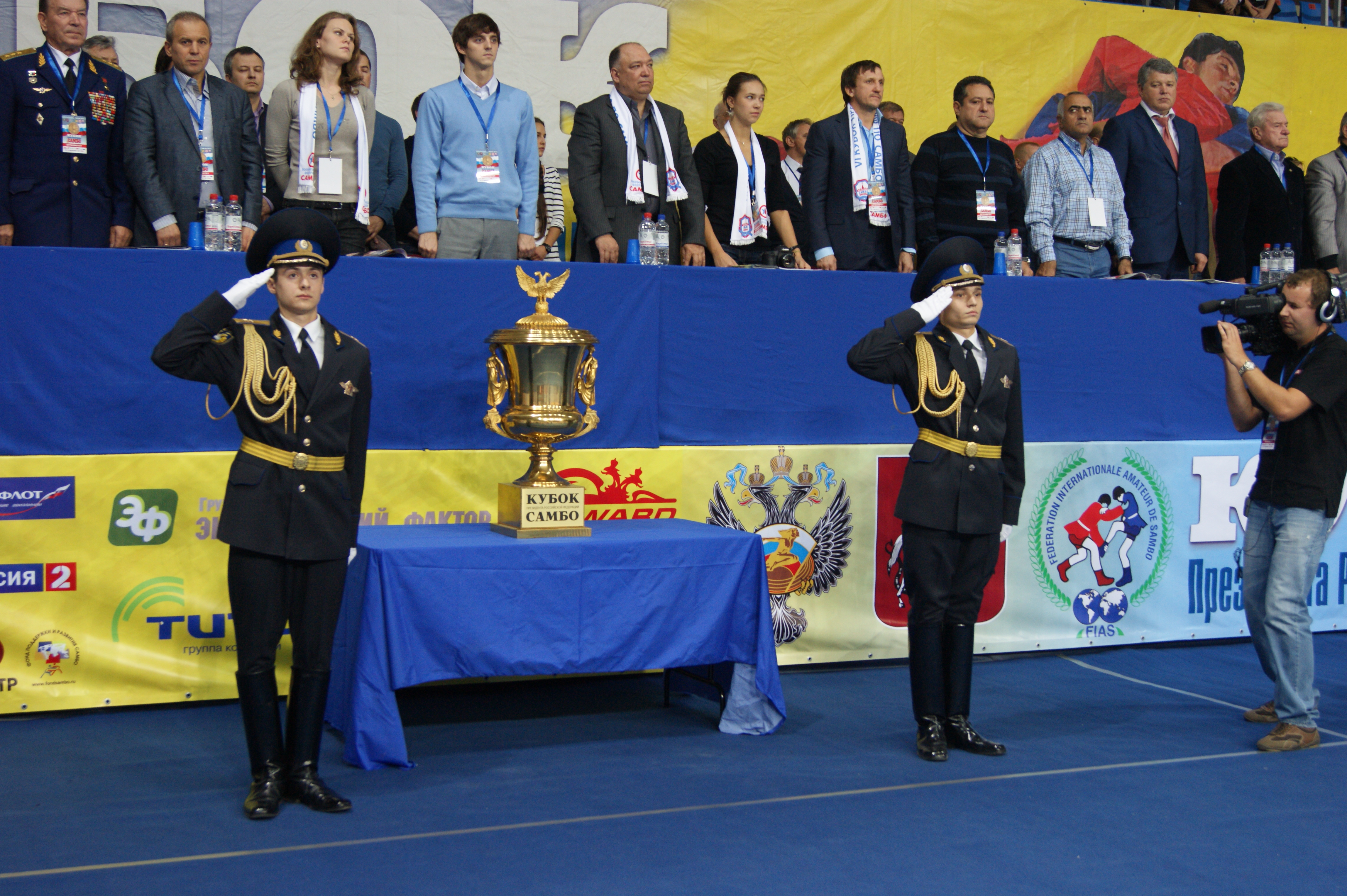