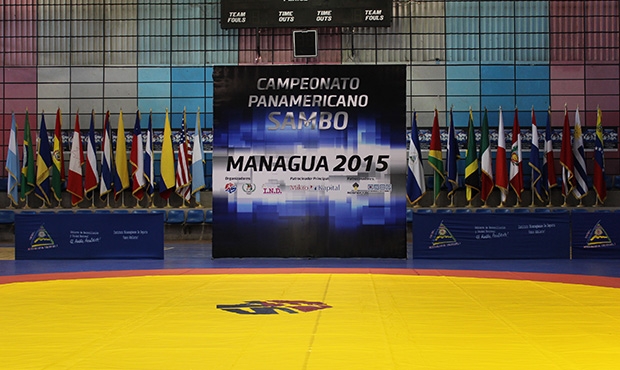 Not a single person in Nicaragua could give you the exact address of the athletic arena of the University of Managua. You see, like every other building in the country, this one has no address: in Nicaragua, streets do not have names and buildings do not have numbers. But any resident of the capital could tell you how to get to the arena because that is where the local student basketball team, the Tigers, plays its home matches. As many people know, the tiger is the official talisman of Sambo wrestlers the world over, so holding the Pan-American Sambo Championship in the sports complex on September 5 and 6 seems truly symbolic.

Sports fans entering the athletic complex are immediately greeted by a tiger. The endearing image on the wall of the arena attracts attention and commands respect. Incidentally, Nicaraguans love to draw on walls and fences, and they have a talent for this. These paintings are used not just for artistic self-expression, but also for advertising: most local and international brands in Nicaragua publicize themselves with artistic murals rather than with billboards. 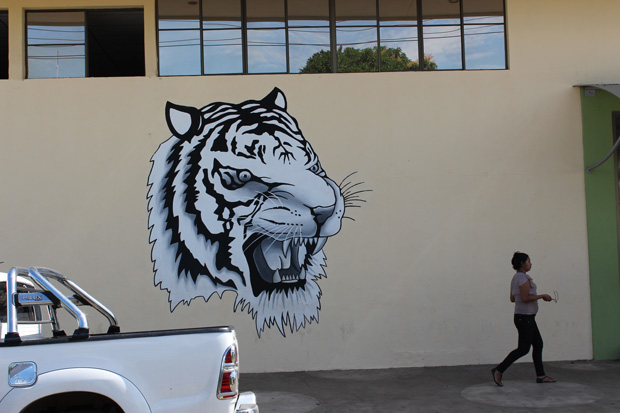 Another distinctive feature of Nicaragua is the relative safety of the country. Nicaragua has been recognized as one of the safest countries in Central and South America. Nevertheless, the Managua police prefer to patrol the streets around the arena, and they have a rather weighty argument in any dispute. The substantial caliber of the “argument” allows athletes and spectators to feel comfortable and truly protected. 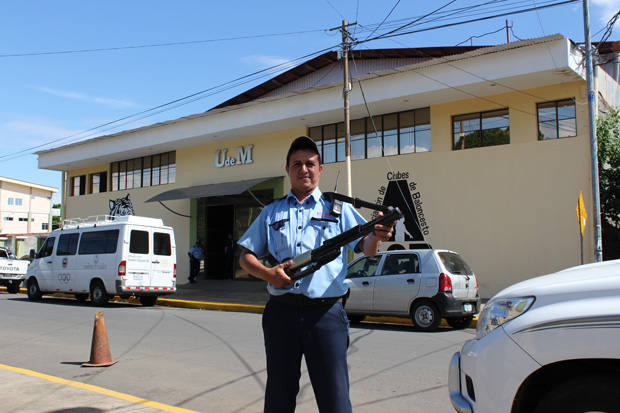 The organizers put in a splendid effort to ensure that people entering the venue would think only about Sambo. A steadfast team of like-minded people worked on making sure that the outer appearance of the arena reflected the high level of the continental championship. Thanks to these efforts, all the components — from the new Sambo mats to the printed and promotional products — will surely remain a pleasant memory for all the tournament’s participants and spectators.

As representatives of many participating countries in this event have already noted, in terms of organization, this championship goes above and beyond all the previous continental championships. The general sponsor of the Pan-American Sambo Championship is the company MikroKapital, which is involved in global investing. Sambo has now entered the company’s orbit of interests. 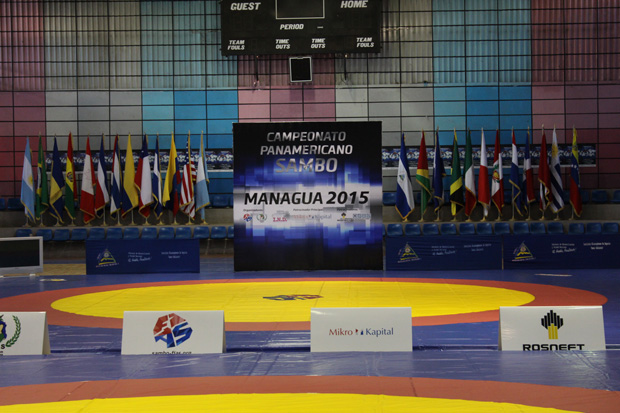 Along with the Sambo wrestlers and the fans watching them on-site, all the sport’s fans around the world will be able to appreciate the level of the tournament. For the first time ever, the Pan-American Sambo Championship will be broadcast online. Anyone will be able to watch a live stream in its entirety — of both the daytime and evening portions — on the FIAS site. The broadcast schedule of the tournament, which is being held September 5–6, will be released soon. Watch all the matches of the Pan-American Sambo Championship online and enjoy Sambo live. 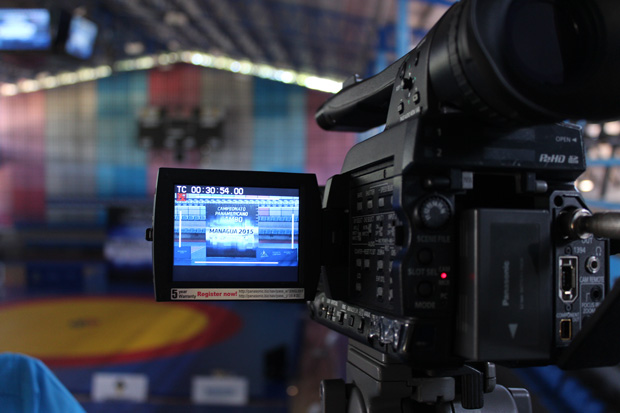 Spectators in the arena will also be able to rewatch highlights and follow a high-quality image of the competitions. A huge, state-of-the-art telecube under the arena’s dome will ensure that fans do not miss a single interesting moment of the matches. 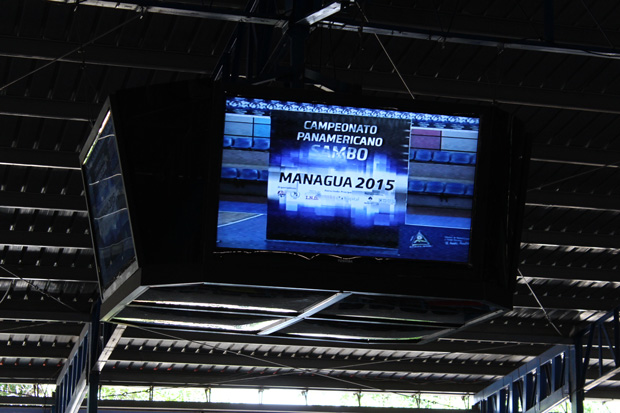 The organizers are confident that there will be an abundance of fans at the tournament. A press conference yesterday in Managua about the upcoming championship drew legions of journalists, including representatives of 5 television stations, numerous radio stations, newspapers and Internet publications. The media response to the event has been substantial, while stories about the impending tournament have been among the major news stories on the national television stations for a few days.

It is worth mentioning that fans are finding out about the competitions not only from the media, but also by chance. Players on the local Tigers basketball team went into the gym while it was being prepared for the Pan-American Sambo Championship and were surprised to see what was happening. When they were asked if they knew what Sambo is, they admitted that they had never heard of the sport. However, having gotten interested in what was happening, they said that they would definitely go watch the matches — particularly because on those days they have no official games. 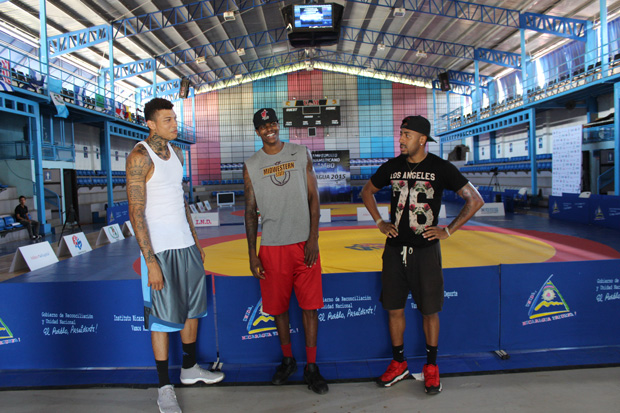 There are other athletes who will also definitely be heading to the arena: Sambo wrestlers from Panama. The athletes were among the first to arrive in Managua, and by all appearances, they plan to fight only for the top medals. Actually, athletes from all 25 of the participating countries are demonstrating the most serious intentions in the battle for tournament honors. We will soon find out who fortune chooses to smile on. 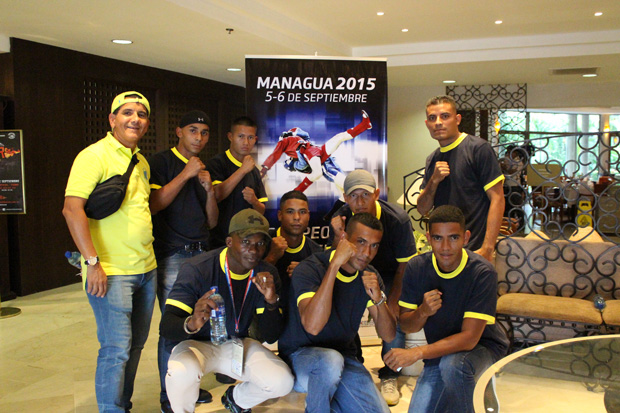 While the athletes undergo their final preparations before the official weighing and performance, more and more fans of the sport are showing enthusiasm for the upcoming Pan-American Championship. Posters and banners advertising the event are sparking interest among Nicaraguans and visitors to the country; this means that we can justifiably expect not only outstanding performances by the Sambo wrestlers, but also active support by spectators.