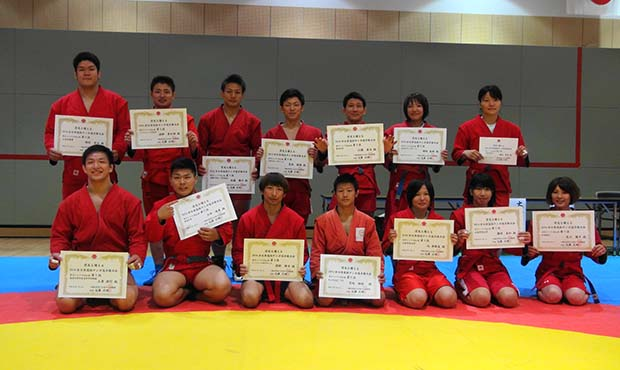 The Japan Sambo Championship was held in Tokyo on July 6. This tournament allowed not only to determine the strongest Japanese Sambo athletes to date, but has also become a qualification to form a national team for the World Championship. The winners will represent Japan at the 2014 global Sambo forum to be held in the Japanese city of Narita in November.

"It was one of the best national championships in history", - the press-service of the Japan Sambo Federation says. 61 sambo athletes in 14 weight categories took part in the tournament and fought at Sumida City Gymnasium. The competition for the gold medal was really serious, because the championship was not attended by random people, but only by experienced sambo athletes, each of whom is able to show good results.

[Photogallery] Japan Sambo Championship 2014 in Tokyo
Share
Blog
Recent photos
Latest news
Recent videos
Latest news
Follow latest news You are subscribed!
Thank you! Your confirmation email has been sent to your email.
This website uses cookies to ensure you get the best experience on our website More info Got it!