Unbeatable Russia and everyone else… 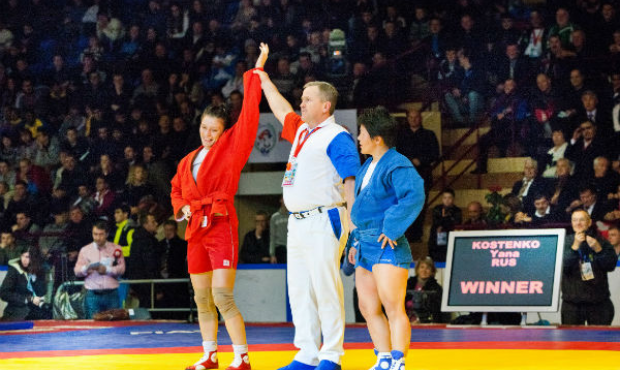 The closing day of the World SAMBO Championship in Belarus became a successful one for the Russian SAMBO fighters. Having won 6 out of 9 available gold medals, they gained a certain team’s victory. Except for the Russians, the representatives from Mongolia, Kazakhstan and Belarus became the World Champions-2012 in the final competition day. The hosts of the tournament took the second team place in the competitions among men, women and in Combat SAMBO in the end.

The final results of the World Championship-2012 in Minsk (Belarus) are as follows: results