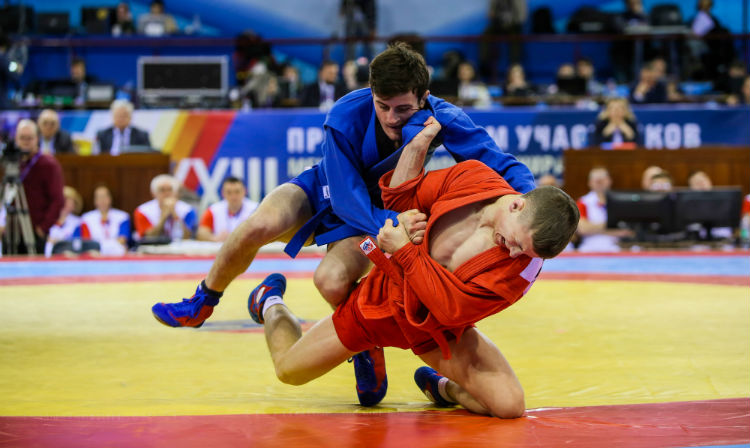 February 23, the second day of the 2019 International SAMBO Tournament for the Prizes of the President of the Republic of Belarus is over. At the Minsk Palace of Sports, sambists from 20 countries competed for 12 sets of medals in sport SAMBO among men and women, as well as in combat SAMBO. The prize winners of the tournament share their emotions and impressions in their interviews to the FIAS website

Uladzislau BURDZ (Belarus), a gold medal winner in the up to 57 kg weight category among men. 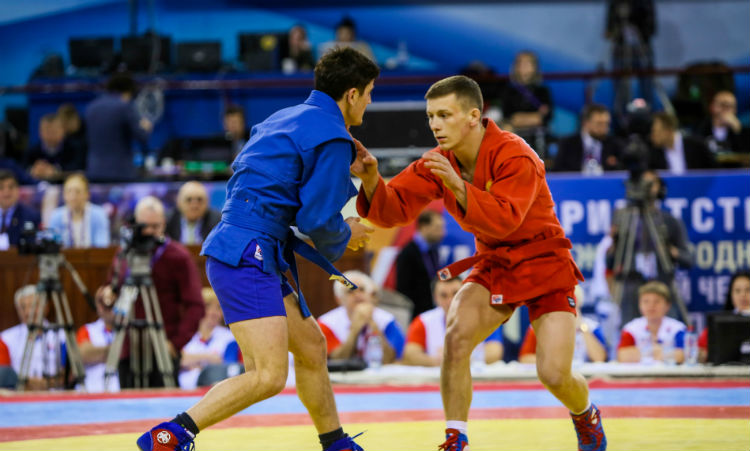 'In terms of organization, the tournament left totally positive impressions, but for me the competition itself was of more importance. I am happy that I've succeeded to win in my weight category. The try-out event in the run-up to the II European Games was a success, the tournament gave me an impartial look at my own shape and fitness. As my potential challengers at the Games are now performing in a heavier weight class, our competition has turned out to be indirect. While in the weight category that I was performing this time, the struggle proved to be pretty acute, as many of us know each other very well and try to choose some proper tactics. I would like to thank my fans, whose support was of great help to me in the finals.'

Lea Katarina GOBEC (Croatia), a bronze medal winner in the up to 80 kg weight category among women. 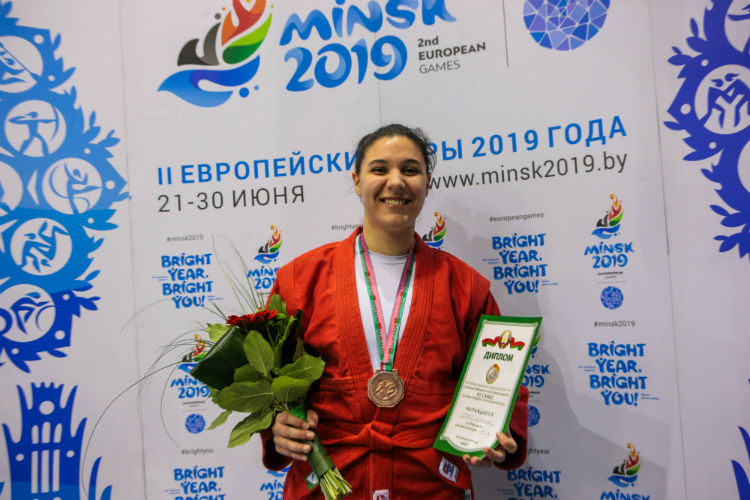 'The tournament turned out fairly good for me. The first fight was not entirely successful, but then things went on exactly as I wished. Still, I think that the tournament could have been more successful for me. Against all odds, I'm in a great mood, because the bronze won here is my first medal in professional SAMBO. The organization of the tournament was top notch. I think that at the II European Games everything will go the same way. Certainly, I'm planning to return to Minsk in four months. We have to discuss this with my coach and work out a joint strategy.'

Karina CHEREVAN (Russia), a gold medal winner in the up to 60 kg weight category among women. 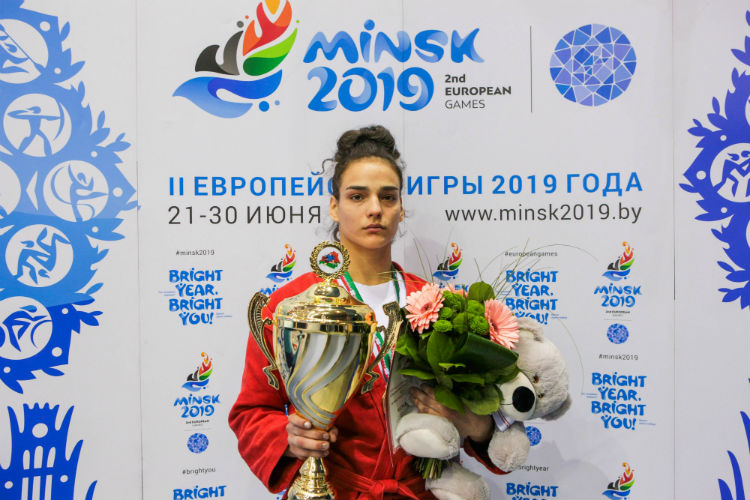 'My win here is an interim stage rather than an end point in my sporting career. I hope there will be more. I gradually move from junior competitions to women's tournaments. This is not my first tournament of the kind, as I'm trying to gain a foothold at the adult level. Of course, there are certain challenges in here, like differing technique, differing style of wrestling. Women carry out their combats more competently: there are no such flashes of hot temper, agitation, and fervor, as at the youth tournaments. Athletes here are more experienced, they not only fight well but also use proper tactics against their opponents. Although, for example, in the final combat I believe that I managed to win precisely owing to my junior fervor.

In a few days I am to perform at the Russian SAMBO Championships.  It's a very important tournament, as it qualifies for the national team. Many of the Russian athletes decided not to take chances, and hence, they did not come to Minsk, but I was not afraid to get injured. I think I've done the right thing, as I've got a good competitive practice, gained confidence and is now better prepared for the national championships. There have been a lot of strong opponents at this tournament who I've had some decent fights with'.

Tsimafei YEMELYANAU (Belarus), a gold medal winner in the up to 82 kg weight category among men. 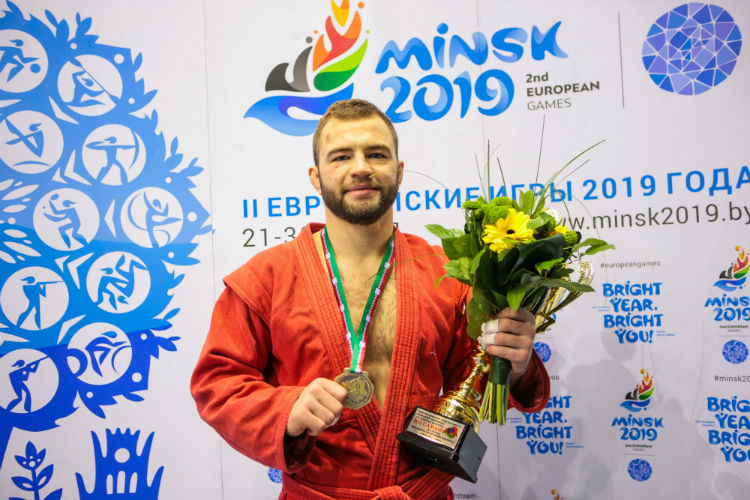 'To be honest, all my thoughts have focused on the European Games already, and my preparation to them is scheduled accordingly. This year, the Belarus Open was quite gripping, besides, there have been introduced some technical innovations in the competition design and setting. I believe the atmosphere at the Games will be even more exciting, with even more fans coming onto the stands. As to my present performance, I can say that I've managed to defeat a 2018 world champion in the finals. We'd met before, and all our fights were, so to say, "bone to bone". Now, there have been four athletes in my weight category who would come to the multi-sport forum, and I have been matched against two of them. All in all, our February competitions are always quite gripping, they feature a lot of great sambists and spectacular fights.'

Tsog-ochir BATTSETSEG (Mongolia), a gold medal winner in the up to 68 kg weight category among women. 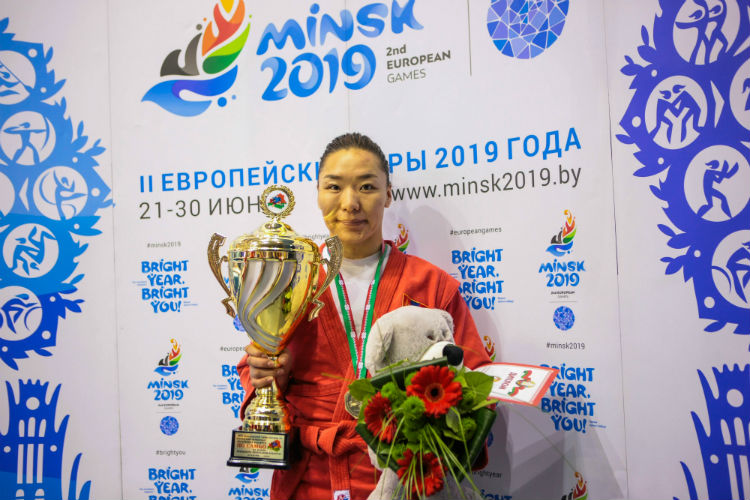 'Scoring the win in this tournament was pretty easy for me, and I defeated all my opponents by a wide margin. I met many athletes for the first time, but they didn’t cause any difficulties for me. As to the world SAMBO, I regard Marina Mokhnatkina as my principal challenger. At the World Championships in Romania, I was willing to fight for the gold medal, but I got a trauma, and that upset all my plans. I hope that in the future I still have a chance to step on the mat against Marina and to contest the leadership in the world SAMBO in our weight class.'

Javlanbek MADAMINOV (Turkmenistan), a gold medal winner in the up to 90 kg weight category in Combat SAMBO 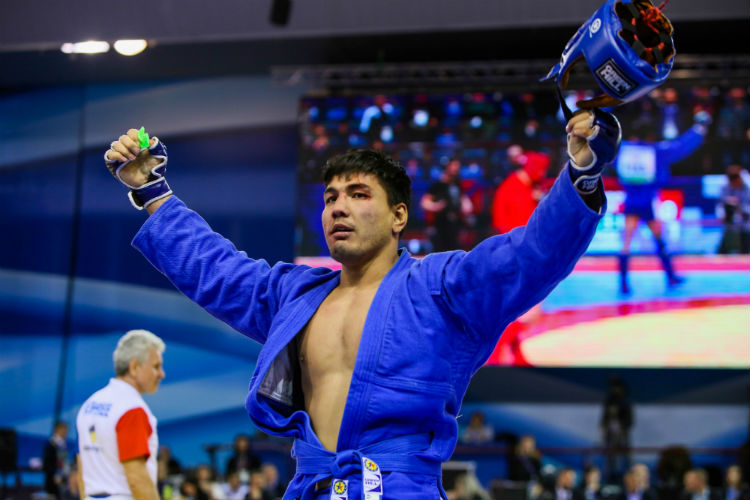 'I'd been purposefully preparing for this tournament, our team performs here every year. Last year I took the third place, and now, at last, I won the gold. My grateful thanks to my coach for this. Personally, I noted the changes that took place this year, as the tournament was a testing event before the European Games. I am grateful to the organizers for their great efforts.

I know that Ashgabat claims the right to host the World SAMBO Championships. I am confident that our country will do everything possible to arrange the competitions at the highest level, and all participants and guests of the tournament would surely get remarkable impressions. SAMBO is being actively developed in Turkmenistan, we gained a noticeable momentum after SAMBO was included in the program of the Asian Indoor and Martial Arts Games, as well as in the major Asian Games. Last fall, FIAS was granted provisional recognition by the IOC, and we all hope that SAMBO will soon become an Olympic sport.'