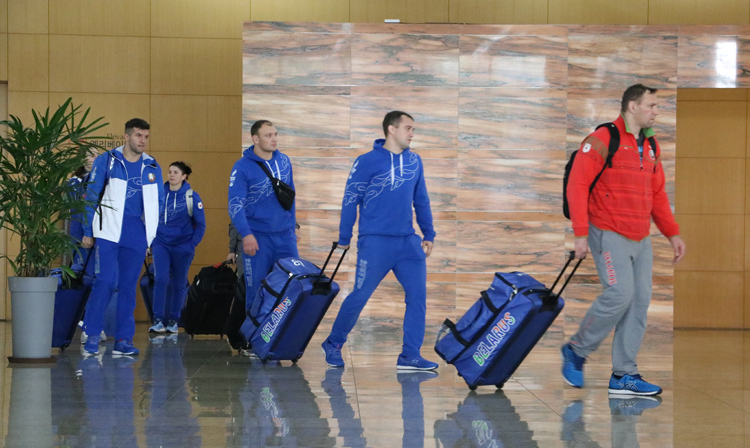 The World SAMBO Championships will take place in the Korean city of Cheongju on November 8-10. Sambists from 80 countries are coming to Korea in order to compete for the title of the strongest one. The FIAS website reports on who had the most tiresome flight, who found themselves in the future, and what goals the athletes from different countries set for the coming tournament. General partner of the tournament is Rosneft oil company. 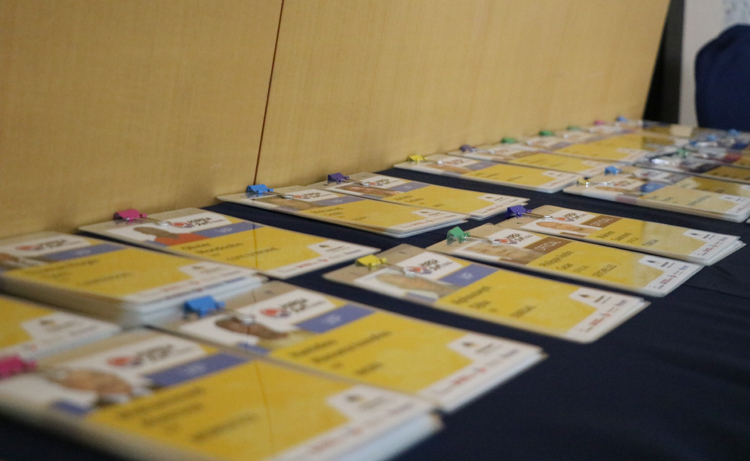 Accreditation for the tournament began two days prior to the start of the competitions. All athletes and team members arrive directly from Incheon International Airport to the Grand Plaza Hotel in Cheongju. Here they receive the coveted named badges of the tournament participants and coupons for enhanced meals. 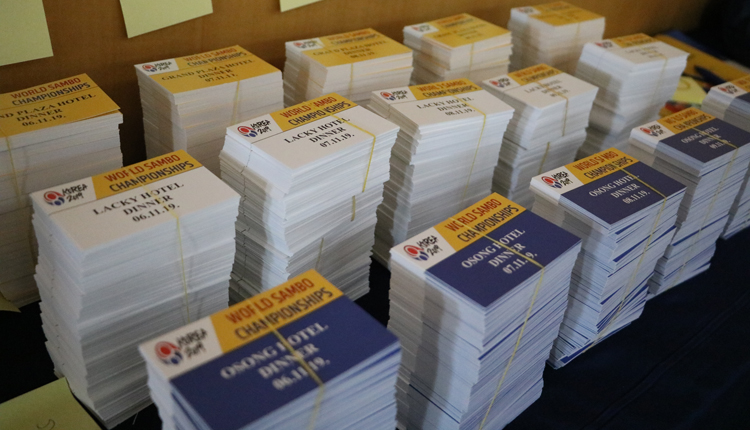 The accreditation stand of the World SAMBO Championships is clearly seen from afar, so it’s difficult to miss it. 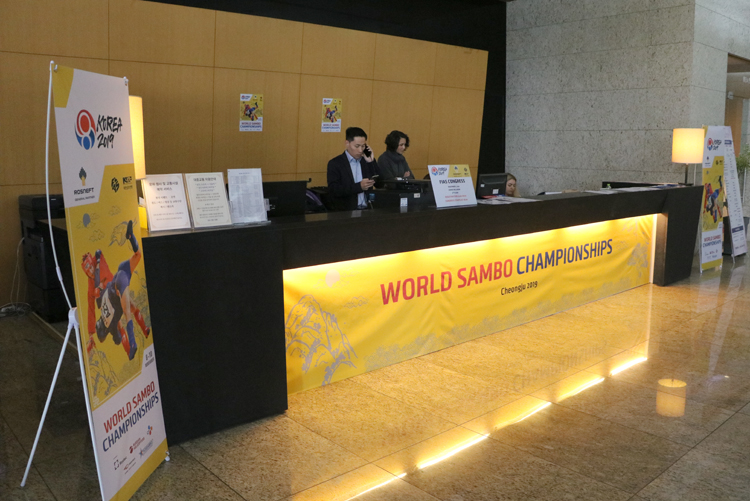 Among the first who approached it were the sambists from Morocco who had had a rather wearisome flight to Korea. 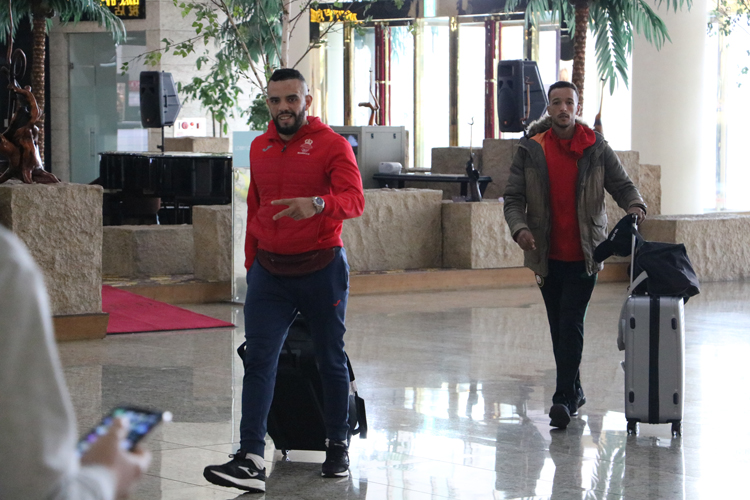 'The flight was very long - from Casablanca to Seoul with a stopover in Paris. Given the transfer to Cheongju, our journey took almost a day. I perform on the first day of the competitions, but, fortunately, I have enough time to regain my strength. The World Championships are the main tournament on the FIAS calendar, so I worked hard for it. I wish I could win a medal. God willing, I'd succeed,' said Moroccan El Hussein Shakiri in his interview to the FIAS website. 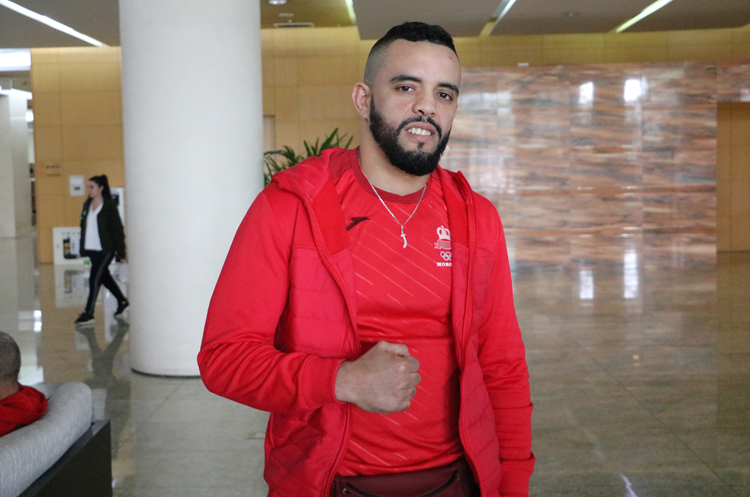 The fact that the flight was not an easy one is silently confirmed by his teammate Badreddin Diani who dropped off to sleep right on the sofa in the hotel lobby, despite the fuss and noise all around. 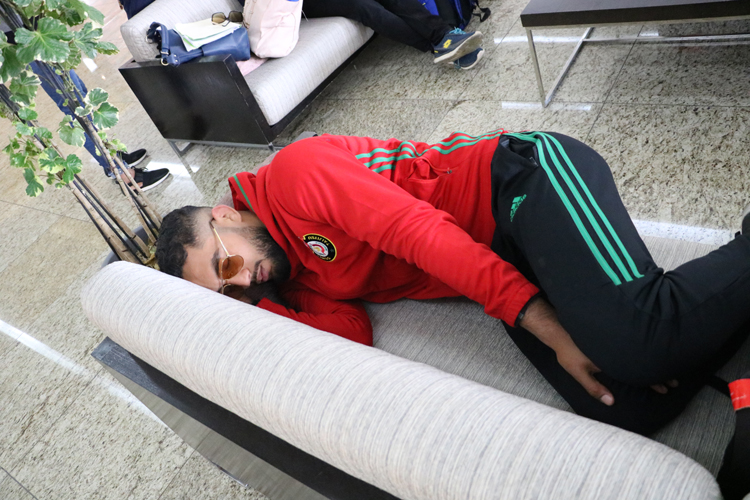 The French sambists got luckier with their journey, as they had a direct flight from Paris. However, they experienced not much less fatigue than other athletes.

'We arrived this morning, we just came to the hotel, so we hadn't had enough time to enjoy the sights of Korea as yet. The flight was long and rather tiring, it's a large distance, after all. Now we wish to have some rest, to regain our strength,' reported the French sambist Anthony Segard. 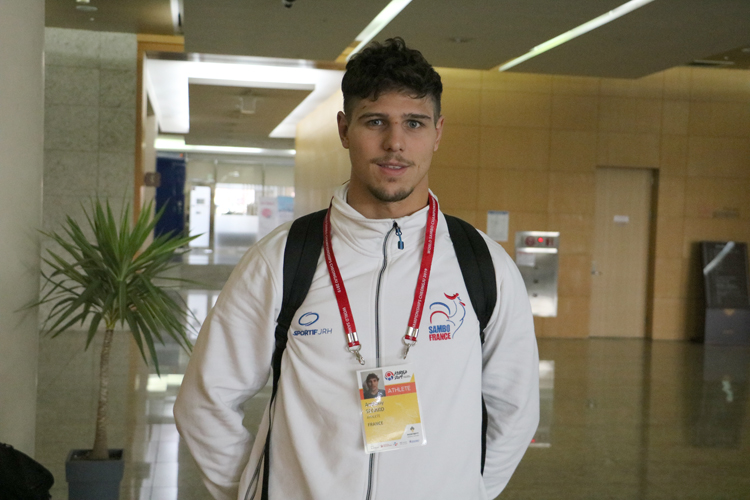 Although the athlete could scarcely think of anything but to get some sleep and rest, he still comments on his goals at the World Championships.

'For me, this year was rich in medals - I was ranked third at the international tournament in Kazan, third at the European Cup in the Czech Republic, and third again at the Grand Prix of Paris. So I do hope for a medal in Korea, as well - this is my minimum task, and my ultimate goal is the gold. True, there are some very serious challengers in the up to 100 kg weight category that I compete in,' admits Segard. 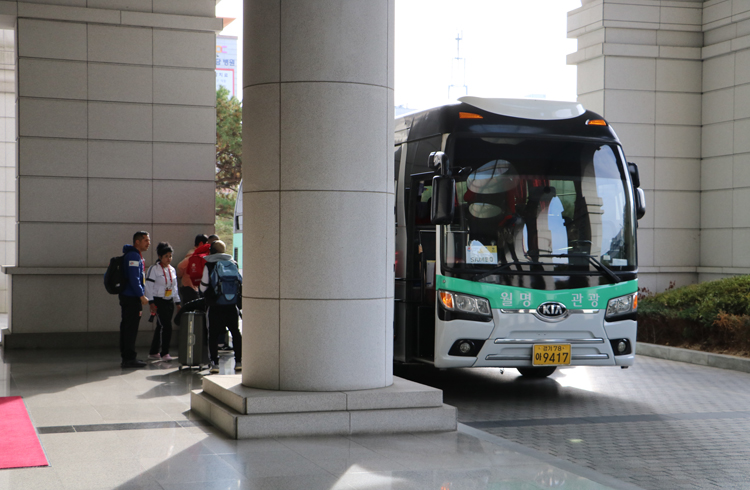 Meanwhile, more and more buses with the tournament participants are approaching the hotel. Despite their long trip, the majority are in high spirits. 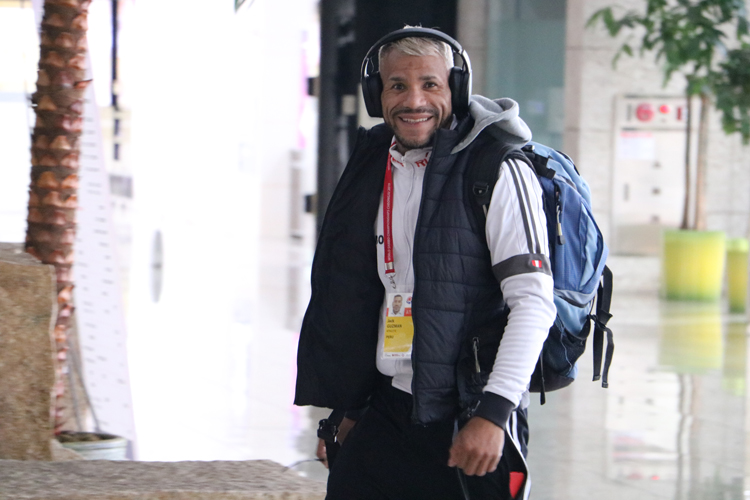 Certainly, those who are willing to take a nap for at least a couple of minutes can always be found. And they are happy to take this opportunity while their team is in the process of accreditation. 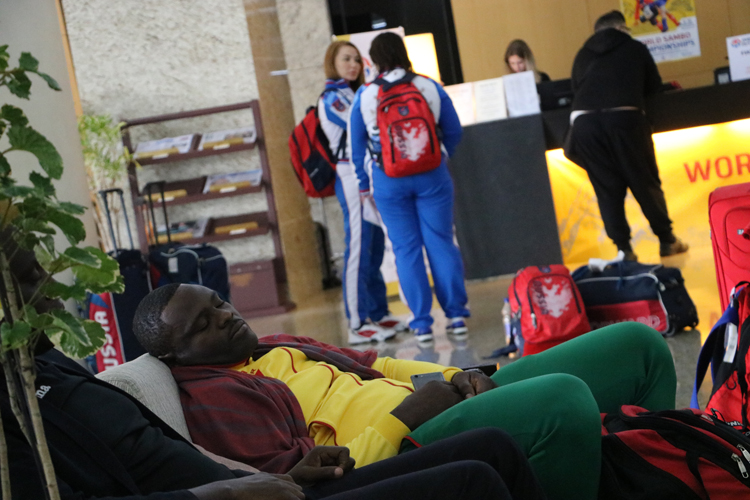 Meanwhile, the accreditation procedures are in full swing, and the number of arriving participants mounts. Some of them say that they have found themselves in the future.

'We departed from Mexico City on Monday and spent 18 hours on the go. The time offset between Mexico and Korea makes 12 hours, so we can safely say that we've arrived in the future. I feel great, we still have a couple of days to acclimatize, get used to the time zone, and gear up for our performance at the tournament,' states Mexican sambist Luis Castaneda who is going to compete for medals in the up to 82 kg weight category in combat SAMBO. 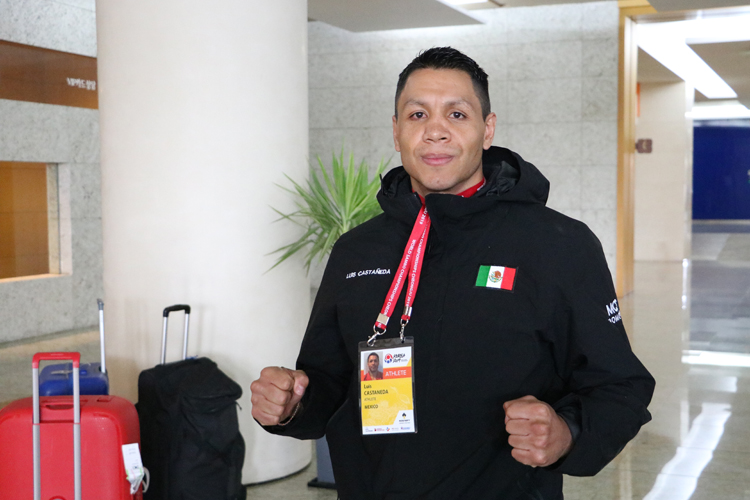 'I have a wealth of experience performing at SAMBO competitions in the Americas. We have been preparing for the World Championships for a whole year, and several major tournaments have been carried out in Mexico. Besides, a professional Muay Thai coach works with our team to improve our striking technique. I hope that the work done would help me compete for the medals of the World SAMBO Championships,' says Castaneda.

Keiling Ruiz from Nicaragua nurses no less serious ambitions regarding the tournament. On her way here, she traveled almost twice as much as the Mexican SAMBO wrestlers, and thus won our improvised prize for the longest trip to the World Championships. 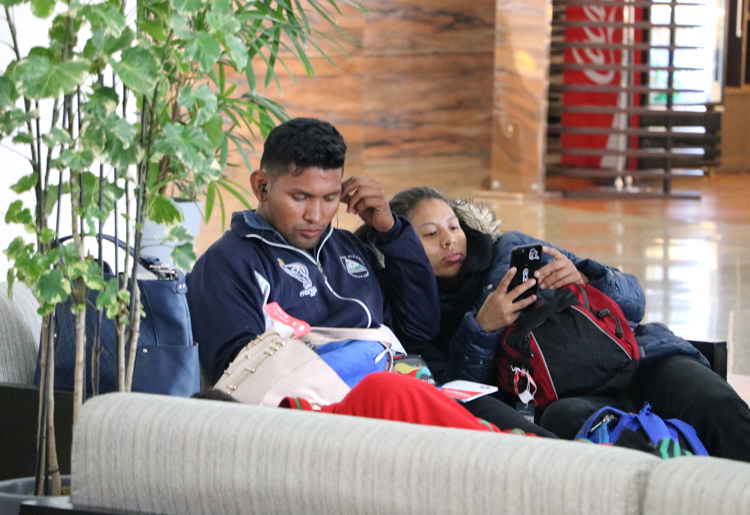 'I feel beat - it took us two days to get to Korea. We stopped over in Mexico City and spent almost a day there, about 18 hours at the airport, to be more precise. We barely slept on the way here, but I believe that now we can enjoy some rest at the hotel and get ready for the competition seamlessly,' she said.

The Nicaraguan athlete will perform on the first day of the tournament in the up to 48 kg weight category among women. 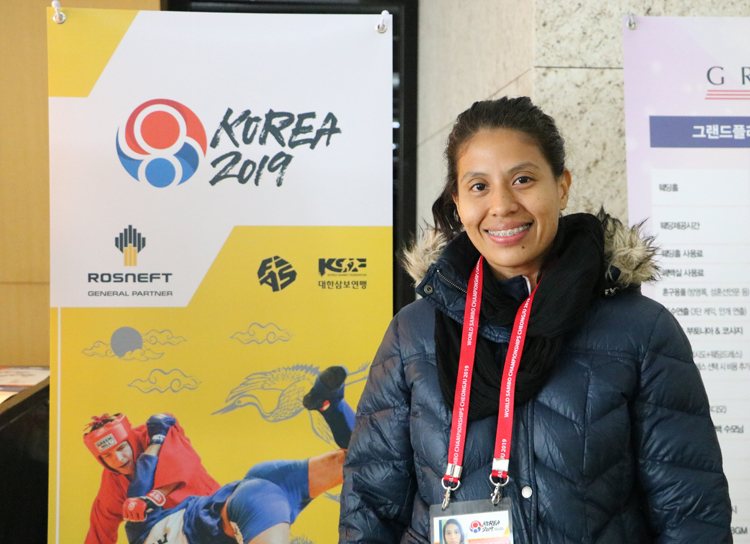 'I will try and demonstrate the best of my abilities. I exercise a fairly rich array of techniques, the main trick here is not to invent anything new but rather to apply what you have already mastered. In the course of our preparation for the tournament, we focused on honing our submission holds, on wrestling in par terre, and we are determined to become the first. This is my first time participating in the World SAMBO Championships, but I've got some experience of performing at the world forums in other martial arts. Hope it helps me in my battle for the medal,' reveals Ruiz. 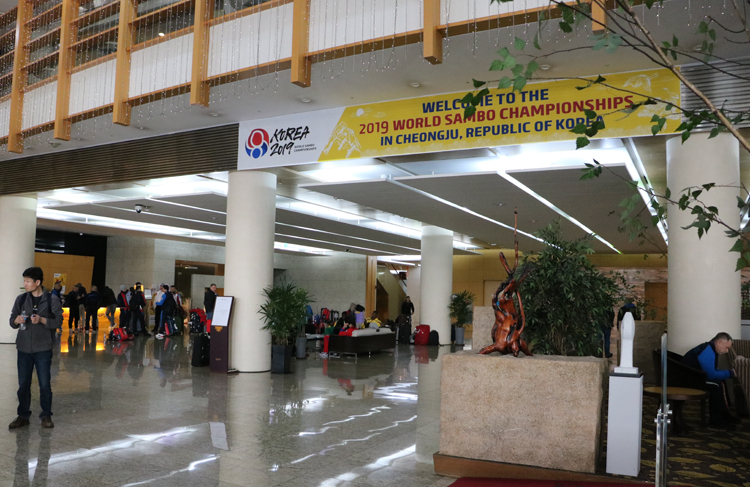 Meanwhile, the hotel lobby is already crammed with sambists from distant countries and continents. 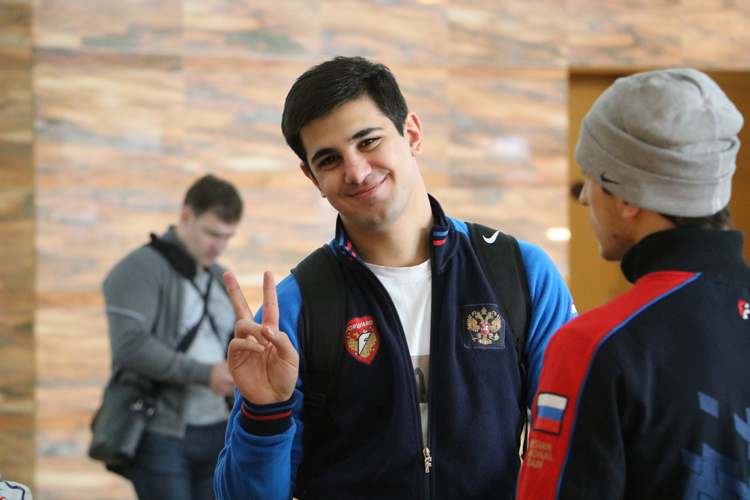 Athletes communicate with each other in different languages, and at times they have to use sign language. Feel free to enjoy all these moments and more at the FIAS online photo gallery.

[PHOTO GALLERY] ARRIVAL AND ACCREDITATION OF THE PARTICIPANTS

[Photogallery] Arrival and accreditation of the participants
Share
Blog
Recent photos
Latest news
Recent videos
Latest news
Follow latest news You are subscribed!
Thank you! Your confirmation email has been sent to your email.
This website uses cookies to ensure you get the best experience on our website More info Got it!