Live Webcast of the 2013 World SAMBO Championship: watch SAMBO and get prizes 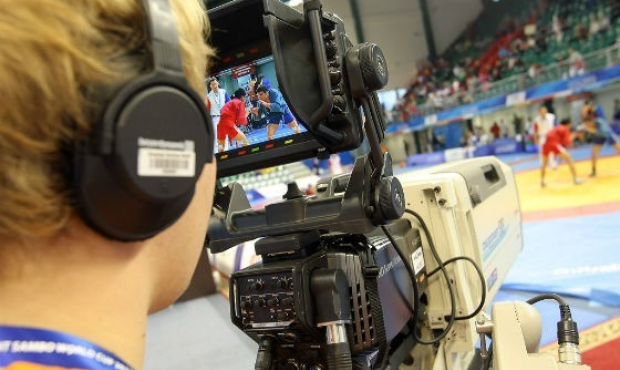 The 2013 World SAMBO Championship will be held from 22 to 24 of November in St. Petersburg (Russia). Residents of the city on the Neva River, as well as its visitors will be able to observe SAMBO of the highest level alive. Live webcast of the World Championship will be organized for all other fans of the beautiful and exciting combat sport on the official website of the International SAMBO Federation (FIAS): www.sambo.sport. Moreover, users will be able not only to follow all the Tournament fights in the online mode, but also have the opportunity to win great prizes. They just have to guess the name of a champion to do this.

Video trailers of the competitions will appear on the FIAS official website and FIAS video channel on YouTube on each of the competitions days. You will need to choose a winner among SAMBO athletes in one of weight categories (a list of all the participants will be published in the same place). You should subscribe for the FIAS video channel on YouTube and write the name of the future winner in the comments to the video to vote for your favorite. And then – to keep watch the competitions on-line on the FIAS website: you’ll be able to see all the fights through the eyes of teleoperators of the tournament’s host broadcaster – the All-Russia State Television and Radio Broadcasting Company.

The voting will begin at 9:00 by St. Petersburg standard time every day and continue until the start of the evening part of the tournament. After the end of the final duel meets the names of all participants of the contest who guess the winner of the World Championship correctly, will be entered into a special computer program. This program will randomly determine the winner of the prize. The process of determining the winner of the contest will be captured on video and put on open access on the FIAS video channel on YouTube. There will also be called the winner.

Now about the most pleasant – about gifts. You can win one of the following prizes:

Watch live webcast of the World Championship on the FIAS website, guess the name of the future champion – and win great prizes!

The program of live webcast of the 2013 World SAMBO Championship

18.00 Opening Ceremony, finals, awarding of the winners and medalists.

18.00 Finals, awarding of the winners and medalists.

18.00 Finals, awarding of the winners and medalists, Closing Ceremony of the competitions.