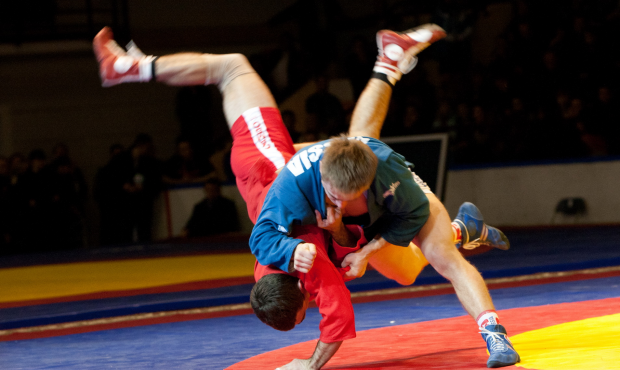 The beginning of voting for the best bout of the SAMBO World Championship in Minsk was announced in the inaugural issue of the FIAS video journal issued on January 23 on our website. Visitors of the FIAS website could vote for one out of three bouts-nominees in the finals among men, women and for combat SAMBO on a special page. A month later it was time for summing-up and determining whose performances turned out to be the most effective on Sambo mats in Belarus. We offer to your attention the results of the voting.

A clear-cut victory was achieved by the bout between Denis Davydov, Russian player, and Dmitriy Bazylev, Belarusian player, in the weight category up to 68 kg in the nomination “Sport SAMBO among men”. Having mustered 250 votes this bout was ahead of our silver medalists more than twofold. It was the meeting of super heavyweight sportsmen Vasileios Iliadis from Greece and Yuriy Rybak from Belarus who received 119 votes. Georgi Baindurov (Georgia) and Eduard Kurginyan (Russia) in the weight category up to 90 kg were behind of them a little. Their skills were estimated by 101 visitor of the FIAS website.

In women SAMBO the results turned out to be closer though a clear pair of favourites was obvious here as well. The first place just as among men was taken by the bout in the weight category of up to 68 kg. 158 votes were cast for the final with the participation of Marina Kormiltseva, Russian player, and Olga Namazova, Belarusian player. The bout between Gulbadam Babamuratova from Turkmenistan and Suzanna Mirzoyan from Russia in the weight category up to 52 kg liked 103 visitors of the FIAS website. Though the final meeting between Miranda Giambelli, debutante of the world forum from Italy, and Marina Prischepova, experienced sportsman from Ukraine, in the weight category up to 80 kg received only 86 votes for some reason and took the third place in the ranking of the brightest finals.

Visitors of the FIAS website were voting most actively for nominees in combat SAMBO. The meeting between Sergey Kolbasov from Belarus and Genko Ivanov from Bulgaria in the weight category up to 100 kg which received 251 votes was recognized as the most spectacular bout in the end. As in sport SAMBO among men the bout that took the second place received practically half as many votes. It was the bout between Eduard Muravitsky (Belarus) and Aleksandr Panov (Russia) that received 129 votes. The meeting between super heavyweight sportsmen Ruslan Aushev from Kazakhstan and Kirill Sidelnikov from Russia which received sympathies of 102 visitors of the FIAS website turned out to be a closing one.

You may judge about the distribution of the voting results based on the summary chart. 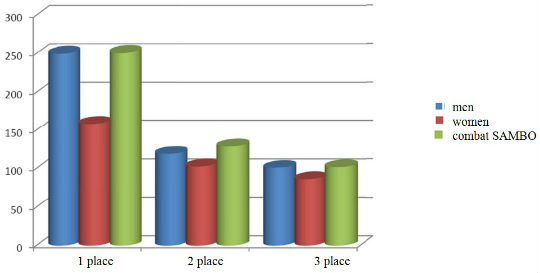 A surprise is expecting the lead heroes of the most spectacular, according to the visitors of the FIAS website, bouts in the near future. What kind of surprise is it? When will it take place? And who will have a chance to see it with their own eyes? You will find answers to these and many other questions in the next issue of the FIAS video journal which will be shortly issued on our website. Follow the news on the FIAS website to stay updated on the most important events in the world of SAMBO. And remember that it is you who choose the best athletes.