Orlando GIULIANO: “SAMBO Is A Sport That Needs Strategy, Like Chess” 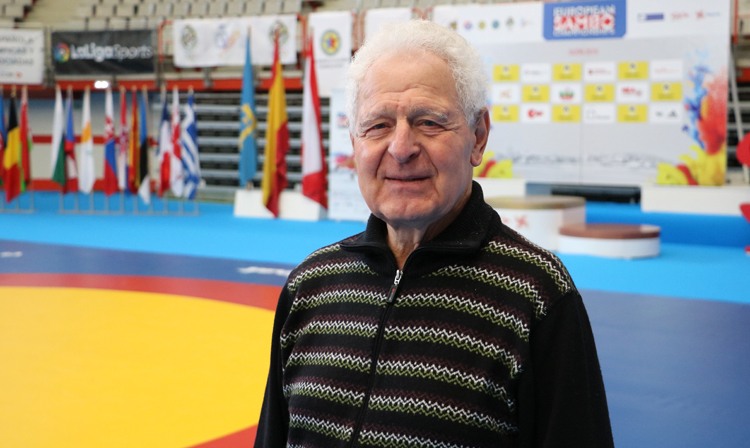 The legendary Italian journalist Orlando Giuliano is known as one of the leading authors of “La Gazzetta dello Sport”, the largest sports periodical in Italy and the world, with which he has been working for several decades. He also has penned four world sports bestsellers, the most famous of which is his book about Rocky Marciano. In mid-May, Orlando visited the European SAMBO Championships in Spain to make a report about a new sport. In his interview with the FIAS website, he told what attracts him in SAMBO, gauged the sport’s chances for Olympic recognition, and shared the idea of writing a book about SAMBO.

- Orlando, why did you choose sports journalism as your profession? Have you been engaged in sports?

- Yes, I really did a lot of sports. At first it was motorcycling, then cycling, but as a result of falls from motorcycles and bicycles, I've got many injuries, and therefore, upon reaching a mature age, I've chosen a less traumatic sport, that is running. When I started to run, I decided that I needed to run a lot and began to participate in marathons. In my sports career, there were 36 of them, with 20 of them abroad.

- Does it mean that you've chosen sports journalism because you love sports?

- Not only because of this. I'd chosen this profession as early as in my youth. However, in order to write about sports, one needs to understand it, and in order to understand sports, it is advisable to do it, since there is a huge difference between theory and practice.

As for SAMBO, my daughter Kristina (laughs), who lives in Russia and loves this country, is “to blame” for my interest in this sport. I also grew interested in Russia, including such sport as SAMBO originated 80 years ago in the USSR.

- This is your first time at SAMBO competitions, at the European Championships. What are your impressions?

- Indeed, this is my first visit to a SAMBO tournament, and I really liked it. Despite the fact that I am no spring chicken, I am interested in gaining some new experience, immersing myself into a new topic. I would like to better understand the rules, explore all the subtleties and nuances of SAMBO, specificity of its scoring system. 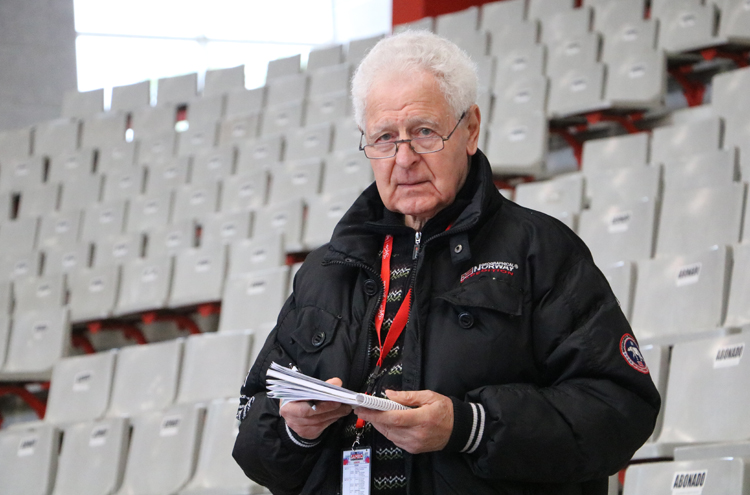 - How do you gauge the visual appeal of SAMBO, its spectacularity? How do you think SAMBO is compared by this point to other wrestling sports and martial arts?

- Of course, the first impression is very strong. This is the highest level of competition, a large number of athletes, a lot of struggle, they are all in great shape. I take it that SAMBO is a sport that needs strategy, like chess. An athlete participating in a SAMBO competition should be very smart, smart sports-wise.

- And as to its spectacularity?

- This is a hundred percent spectacular sport, and this can be seen at first glance. A certain sense of danger, which arises when looking at the athletes at the first moment, later proves to be erroneous. This is not a brutal sport, as it may seem, it has good control. To me, both as a sports journalist and as a human being, this is very important.

- SAMBO aspires to get into the Olympic Games. How do you rate the chances of this sport? And what, in your opinion, can be the arguments for this?

- From the vantage point of my professional experience I can say that this is a very good sport, and I don't quite understand why it is still standing in queue and waiting for an invitation. I know a lot of sports that are inferior to SAMBO both in their competitive component and as entertainment, and they are Olympic. It is not clear to me why SAMBO has been granted recognition so late. 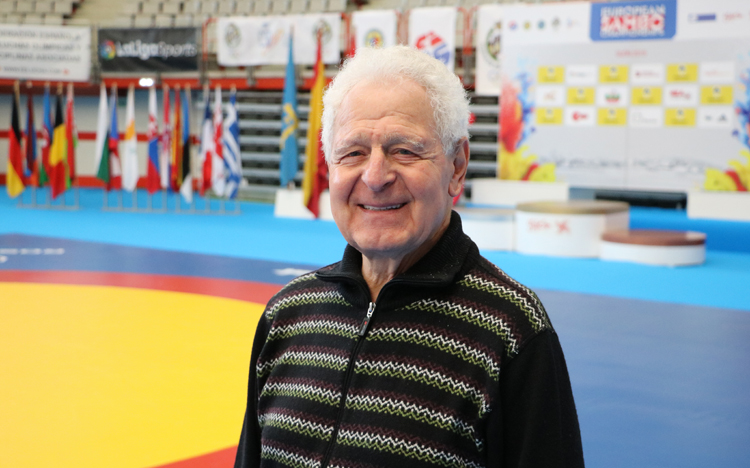 - Orlando, you are known as the author of a bestselling book about legendary boxer Rocky Marciano. If you decided to write a book about SAMBO, what would you start with, and what would this book be about?

- In the course of my career I wrote four books, and they all received international recognition and awards. Choosing Rocky as the character of my work, I proceeded from the fact that Rocky was not just an outstanding talented boxer, but also a very popular person. Rocky came to the United States as an immigrant, and his story exemplifies not only a brilliant career in sports, but also a fascinating life journey. By his example, he showed everyone how he lived, how he trained, how he did not give up in the face of hardships that arose on his way, how he was winning. The choice of a book about Rocky was largely due to his enormous popularity in the United States.

As for SAMBO, I can say that I've already got a reason to embark on a book about this sport (laughs), for my beloved daughter Christina addressed me with this idea, saying: 'Dad, why don't you write a book about SAMBO? This is a compelling challenge that can bring you new success.'

But certainly, I have to be sincere, and I can say that in order to take on this work, I must fully understand the subject, know all the features and nuances, there should be no uncharted areas. Only after that you can put pen to paper. I have no idea whether I will take up a book on SAMBO or not, but I've got an incentive, and a prospect, too!