Open European Sambo Championship among cadets: the day before start 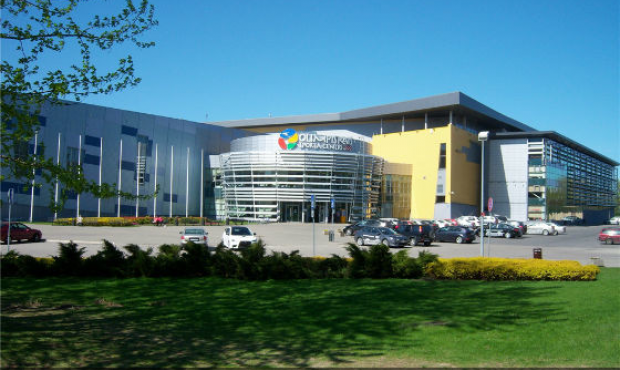 On Saturday, September 14, at the Olympic Sports Center in Riga (Latvia) starts the Open European Sambo Championship among cadets. Now when only some hours are left before the start of the competitions it’s high time for the final preparations for the tournament in Riga. This final preparations are the focus of our today’s report which was made with the help of representatives of the organisational committee of the Riga Championship: the General Secretary of the Latvian Sambo Club Association Andrey Koltushkin and Media Director of this organisation Yury Shulin.

Andrey Koltushkin said: “Sportsmen from 20 countries of the Old world will take part in the tournament in Riga, the “open” tournament status will be assigned due to participation of teams from the USA, Kirghizia, South Korea and Mongolia. Several teams from Asia, Africa and America were planned to come but because of some reasons it did not happen. For example, there are no such young sambo wrestlers in Japan though they are very welcomed to Latvia. Indeed sambo is still a newly emerged kind of sports in Japan despite resounding victories of Japanese sambo wrestlers at prestigious world tournaments. Sambo wrestlers of the cadet age are still too young. Some Asian and African countries had visa problems. So goes the world.

National teams will arrive mostly tomorrow, however we have met teams from Azerbaijan, Georgia, Germany and Kirghizia today already. The tournament Credentials Committee starts working on Friday at 10 a.m. We expect teams from Belarus and Russia, the largest national teams at the tournament, to arrive tomorrow”.

I asked Andrey about the sports hall arrangement. “Today we are provided with 2 mats of J.Foeldeak GmbH, which have been delivered to us from Germany within the frames of the FIAS programme on supporting federations”, said Andrey Koltushkin and then added: “But we plan to lay them in the sports hall of the Olympic Center only tomorrow. We start rather late at 9 p.m. but it’s the only time when the Olympic Center’s administration can provide the sports hall. We will try to work very quickly and to finish it without burning the midnight oil (smiling). We have a lot to do: we need to lay the mats, arrange lights, assemble the podium for guests and the awards ceremony, equip the mixed zone for the mass media, fill in the area around the mats with advertising boards. All in all, it’s regular organisational work. We will perform all necessary to make the sports hall stylish and decorated”.

Yury Shulin eagerly told us about current work, which clearly depicted the process of preparing of the tournament: “At the moment I am busy with the weighting process arrangement: two scales have been placed at Days Hotel Riga and Toma hotel, where all tournament participants will be accommodated. Other four scales will be placed in the sports hall, where official weighting procedure will be carried out. I personally will take to the tournament cups for the awards ceremony and comfort ottomans, which can be used by photographers and mass media representatives while their work. We plan to place them in the area for a photo shoot. I suppose journalists will be happy to hear this information. Besides, we prepared for journalists a spacious press center equipped with all necessary for effective work of mass media representatives. Start TV and radio broadcasting company being the tournament broadcaster begins its work on Friday evening. They will also install cameras and equipment. On the whole, we work a lot and do everything to make this Latvian tournament for young sambo wrestlers a real festive event, beautiful, comfortable and joyful”.

This is how final preparations are being performed in Riga. From our part we inform you that sambo fans that have not purchased tickets for the tournament in the capital of Latvia have the opportunity to watch the tournament broadcasting (pre-qualification and final wresting) on the official FIAS web page.