Pan American breakthrough: SAMBO has been included in the program of the Central American Sports Games 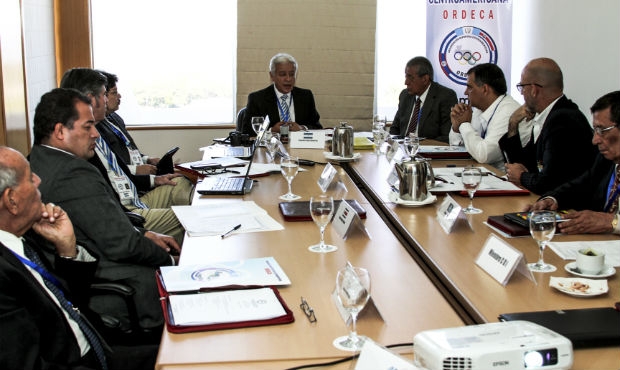 The decision to include SAMBO was made at the Congress of the Central American Sports Organization (ORDECA) held in Managua in February. Emmet Lang, the President of ORDECA, who is also President of the National Olympic Committee of Nicaragua, noted that competitions in 28 sports would be held at the XI Central American Sports Games. Twenty of these are included in the program of the Olympic Games, another 7 have IOC recognition, and still another — SAMBO — will be presented as a demonstration sport.

"The exact date of the competitions will be decided at the next ORDECA Congress, which will take place in late March — early April. To date, we have received proposals to hold the competitions either in July or November of next year," Lang said.

He added that most of the infrastructure in Managua was ready for this major multi-sport event. We remind you that last year the Nicaraguan capital hosted the Panamerican SAMBO Championship, which was held at a very high level and was recognized as one of the best in the history of continental tournaments in the region. The next mass arrival of SAMBO wrestlers in Managua will also be historic — they will participate for the first time in the XI Central American Sports Games.

The main purpose of ORDECA is multi-sport competitions, like the Central American Games, which were held for the first time in November — December 1973 in Guatemala City with the participation of 966 athletes from 6 countries. The frequency of the competitions changed repeatedly, but as of 2013, they are held every four years in a post-Olympic year. A total of 2,738 athletes representing 7 countries took part in the last games, which were held in San José, Costa Rica.