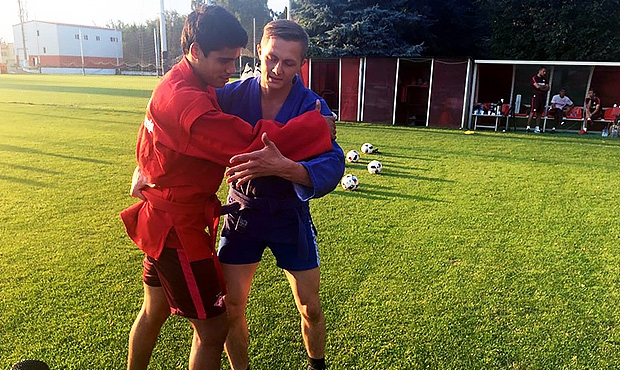 A leading player of the Russian club "Spartak" Lorenzo Melgarejo, whose homeland is Paraguay, has been visited by the FIAS's TV group in Tarasovka, the Moscow region. What's the reason for that, you'll ask. Quite simply, it is in Paraguay's capital Asuncion where next weekend there will be held the Pan-American Sambo Championship.

Lorenzo said: "I know about this event. I'm interested in martial arts. When I played in the Portuguese "Benfica" I engaged in boxing and I enjoyed it. So this issue is close to my heart".

If it's so close, he must try it. So as not to waste time, the master of sports in sambo Pavel Kuzyukov taught Lorenzo a few of the most effective sambo techniques. A gifted player of "Spartak" in the twinkling of an eye mastered new movements despite the fact that before this he had an intensive training in the field for an hour and a half. 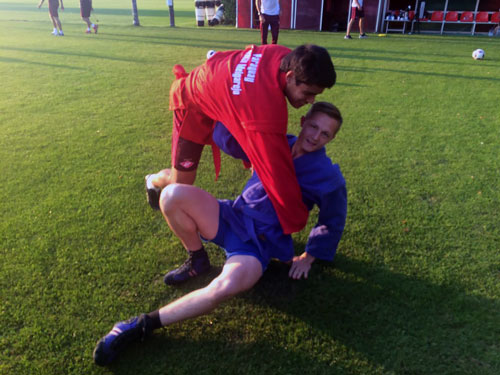 And for his fans in Paraguay who are looking forward to the sambo tournament, Lorenzo left autographs on gifts that will be raffled among the spectators of the Pan-American championship. And of course, a photo session with the sambo mascot, a tiger. 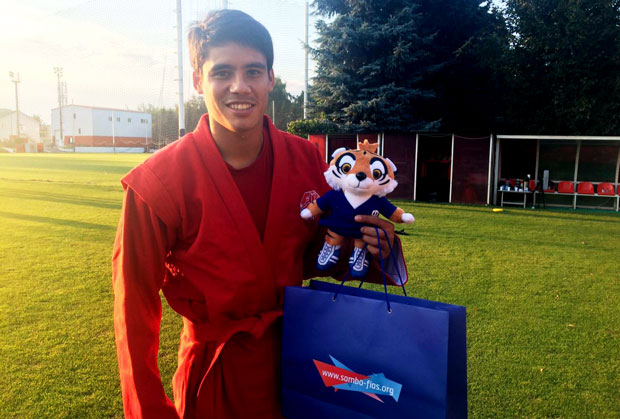 Very soon at the official site of FIAS a video story will be available with all the details of the friendship between football and sambo.

The article draws upon the sports portal sports.ru