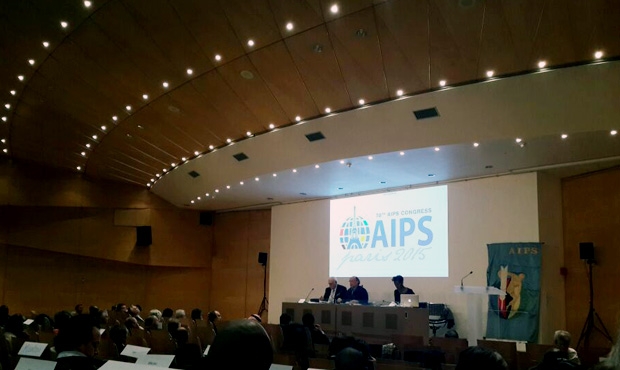 The 78th Congress of International Sports Press Association (AIPS) is held in Paris, the city where the organization was founded in 1924 during VIII Olympic Games held in the French capital.

The presentations of the large international federations and organizations as well as potential candidate cities for future Olympic Games occupied the major part of the temporary issues of the Congress. The agenda of the Congress in Paris included such large sports organizations as Rio 2016 Organizing Committee, IOC, FIFA, UEFA and FISU. FIAS gave its presentation among these giants of the world sports movement. Find out more in our coverage from the fashion capital.

Nenad Lalovic, President of United World Wrestling (UWW): “We shall follow the changes presented by the modern world.”

In his speech at AIPS Congress, the President of United World Wrestling Nenad Lalovic noted the assistance and support given by the sports journalism at the challenging times to the Federation headed by him (earlier to FILA), when the wrestling was on the verge of the expulsion from the Olympic Games Programme. The Head of UWW also told that the wrestling after difficult period still moved on: 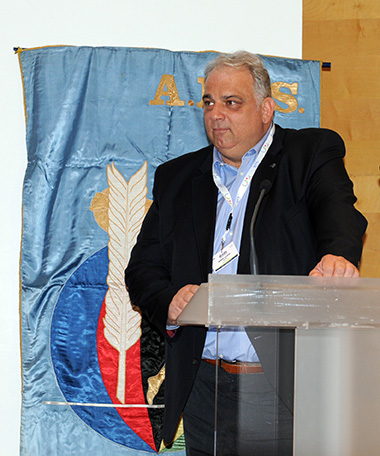 “We do a lot for the development of the wrestling, the main directions are gender equality, work on optimization of the competition rules, the interaction with fans and the stars of our sport, promotion of the wrestling in the social networks and on Internet platforms. Now UWW includes 179 National Federations, we are one big family: athletes, coaches, managers, journalists. We shall identify and understand the changes in the world and change together with them”.

In his interview to FIAS website, Lalovic said: “Taking into account Agenda 2020 of International Olympic Committee, stating that Organizing Committees of the Games can make proposals to include new sports into the Programme of the competitions, sambo has chances, because it is spectacular and interesting for organizers”.

Nikolay Dolgopolov, Vice-President of AIPS, Head of AIPS Sambo Commission: “The slogan of FIAS, “Win your day with AIPS”, is perceived naturally now, it implies respect and attention of the sambo athletes to the representatives of press”.

“We worked using this slogan the whole previous year. It continues to be relevant, and I am sure it will be in the future. The main emphasis of FIAS presentation at the Paris Congress was made on sambo attractiveness for journalists and opportunities which sambo events offer to mass media. The relevant topic, Agenda 2020, which establishes the tendencies and development directions to the modern sport, was a separate issue of the presentation. 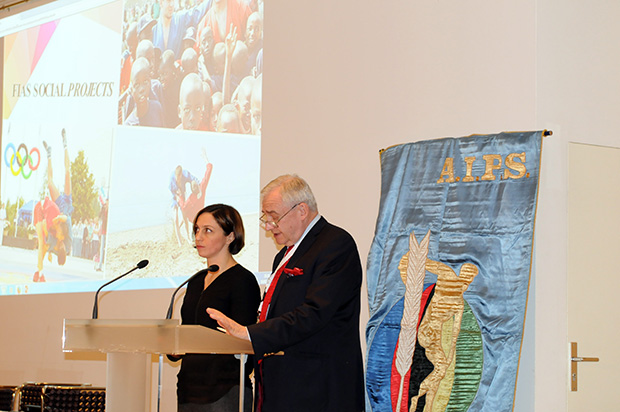 It is interesting that sambo, not being a member of the World Olympic family, identifies these tendencies and follows IOC recommendations. These are mixed gender team competitions (the President’s Cup 2014 in London, IV Asian Beach Games in Phuket) and numerous social FIAS projects aimed at the improvement of the quality of human life. In general, FIAS presentation was met with great interest, and it gives a hope for the growth of attention of the journalists to sambo championships,” noted Dolgopolov.

Verena Burk, Member of Executive Committee of FISU, Head of FISU Media Commission: “4 new sports appeared in the calendar of the World Championship of FISU 2016, and sambo was among them”.

The presentation of Verena Burk focused on the past and forthcoming University Games of this year: Winter Universiade 2015 in Slovakia and Spain, and Summer Universiade in South Korea. The separate issue of the report was the review of the calendar of FISU World Championships. University sports statistics for the future 2016 state that the world forums under the guidance of FISU will be held among 33 sports in 24 countries. This list was added with 4 sports. Sambo will join cheerleading, ski orienteering and sport climbing (Cyprus 2016). The delegates of the Congress positively responded to the reference of sambo in FISU presentation, because FIAS presentation was right before the speech of the Head of Media Committee of the International University Sports Federation.

Jura Ozmec, President of Sports Journalists Association of Croatia: “We’ll try to do our best to make sambo go on Croatian television, as it deserves it”.

Jura Ozmec is not only the head of the sports journalists in Croatia, but he also the Head of the TV channel Sportska televizija. Speaking about the perspectives of sambo development in Croatia, Jura said: 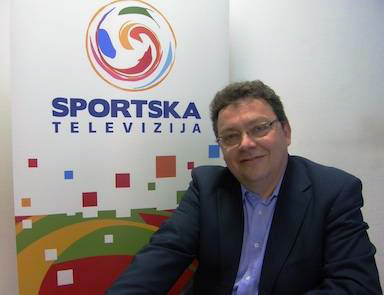 “Sambo is a wonderful sport; we’ll try to make it recognizable in Croatia. The European Sambo Championship in starting in May is a great opportunity for that. As for me, I am ready to familiarize the Croatian TV viewers with this bright and spectacular combat sport, especially since the demand for the combat sports in Croatia is very high”.

“The meeting of the National Olympic Committee will be held in the end of March in Poland. I call for the recognition of this combat sport by the superior sports authority of our country. This is an honorable sport, and I would like to show precisely this presentation (FIAS presentation at the Congress of AIPS) to all members of the Polish Olympic Committee, so that they could understand and see that sambo was promising and developing sport,” said Jerzy Michał Jakobsche.