The first sambo medals of Asian Beach Games in Thailand 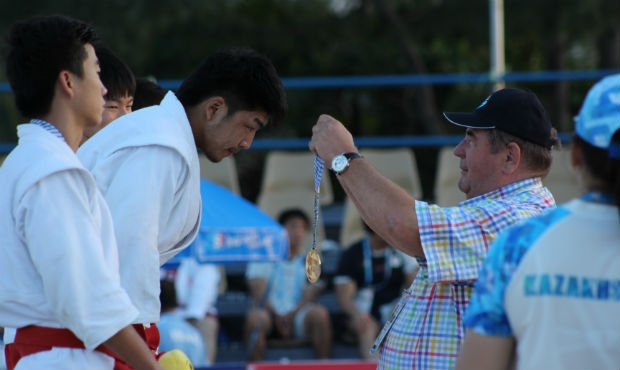 Today in Thailand on the snow-white beach of Phuket, right on the shore of the Andaman Sea, the first medal events in the history of sambo tournament within the Asian Beach Games are held. 56 athletes from 15 Asian countries participate in sambo contest. Beach sambo differs a little from the classical sambo. The rules are modified; the combat lasts 3 minutes, without penalties and mat wrestling and till the 1st assessed movement. Also the uniform for the athletes and referees is modified, and tournament format is innovative: the fight takes place in 3 weight categories, for men and for women as well. During the 2nd tournament day we will see the line fight team contest. Today the athletes of the following weight categories: 68, 82 and 100 kg (men) and 52, 64 and 72 (women), came to the sambo beach to match their strength in new type of sambo. Read in our today’s report from Phuket: the way the champions won their final combats and their feelings at this.

The female athletes of 52 kg weight category were the first who came to the sambo beach (aka mat) in the final block. Gulbadam Babamuratova, the representative of Turkmenistan, defeated in combat Leila Konuspayeva from Kazakhstan. She attacked with hip-roll from the knees nearly during the whole combat, and at the last moment of the fight she outplayed her competitor using the same method:  hip-roll from the knees. “It was very hard to fight. Beach sambo is something special. Functionally it is hard, it requires significant physical efforts. We started wrestling at 9 a.m., the sun, very hot, humidity from the sea. But if I have won today, this means that I was ready”, Gulbadam told about her feelings from the debut in beach sambo. 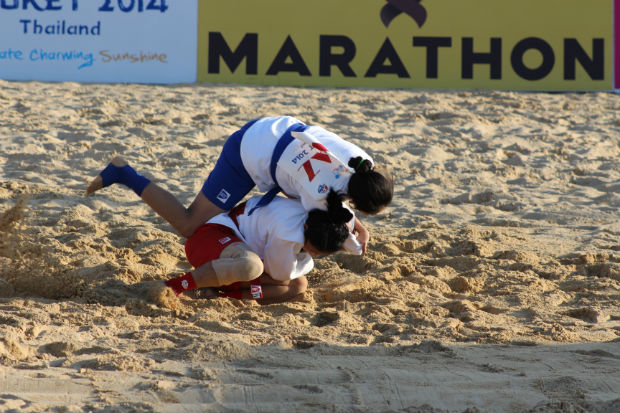 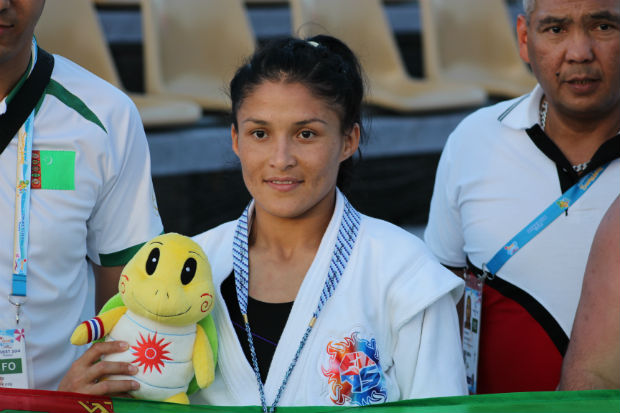 Then the turn came of the lightest male weight category in this tournament – 68 kg. In this weight Mongolian Tumurkhuleg Davaador and Arthur Te (Kyrgyzstan) came through to the final. DAVAADOR was little more active and was ahead his competitor in hack choosing, attacking by leg takedown. One minute prior the end of the combat this takedown brought him the sacred gold medal of the tournament. “To fight until the first assessed movement is easy and complicated at the same time. The price of the mistake is very high, and at the same time this makes you mobilize yourself and make the combat more motor-intensive. It is also hard to wrestle on the sand, feet get stuck in it, and the sweat + sand combination does not make you feel well. But for sambo I am ready to overcome everything”, the winner from Mongolia commented the combat. 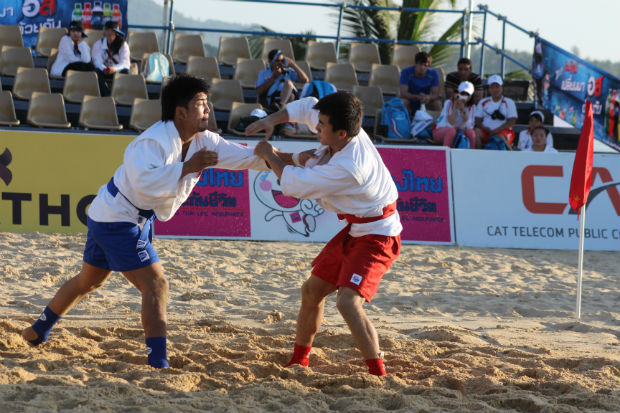 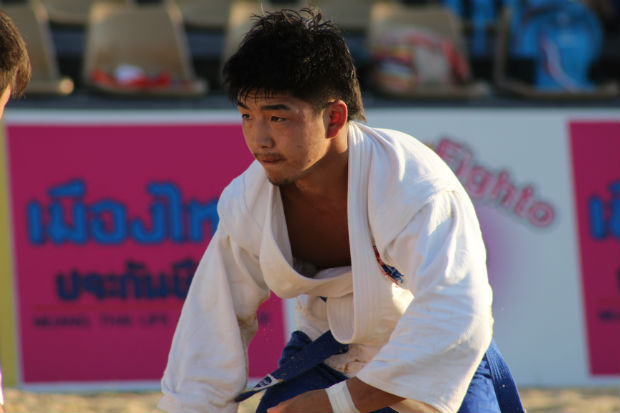 In 64 kg female weight category Tumen-Do Baaturgs (Mongolia) fought with Karen KHAMMAZ (Lebanon). In the main combat of this day Tumen-Do needed 17 seconds only to accomplish the floating drop. This way she brought the 2nd gold medal to the medal count of her country. Upon the results of all final combats of today she has also gained one more unofficial 1st place – in the shortest combat nomination. 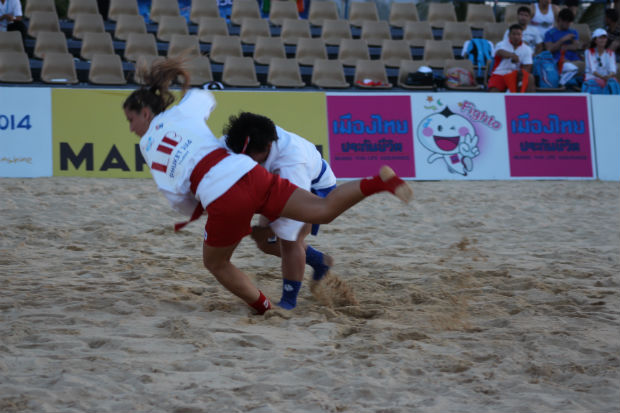 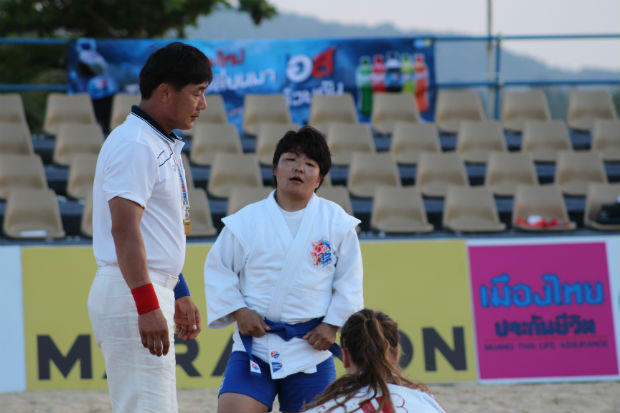 In 82 kg male weight category Yerzhan Kabdelov (Kazakhstan) and Tuvshinjargal Gan (Mongolia) came to sambo sand to fight for the gold medal. If it was the classical sambo, the referees would award the Mongolian athlete with 12 points for his drop. It was perfectly performed the cartwheel, and at this Gan remained in stance. “I watched the combats of my competitor, and I wanted to win using this method. I knew that he would try to make the rear foot sweep, I drew him out intentionally and counterattacked”, this is what Tuvshinjargal Gan, the strategist man, told us about his tactics, which was very successful. 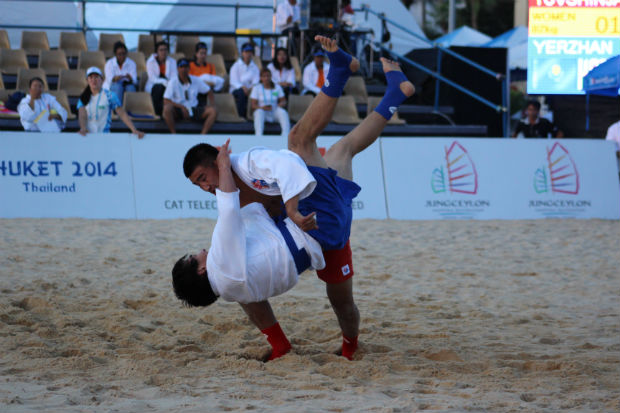 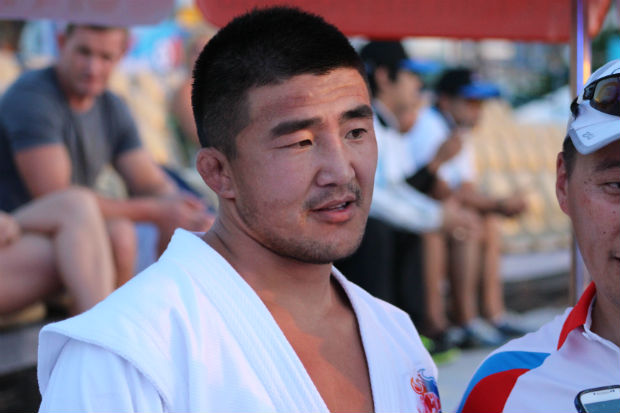 In the heaviest female weight category of 72 kg Sainbuyan Bataa from Mongolia fought against Nasiba Surkieva from Turkmenistan. Nasiba attacked well, using intensive hip-roll and hip-roll from the knees. The tactics of the Mongolian was more waiting than counterattacking. Finally it brought her to success: the grape-vine from inside as the counterattack from the lateral drop brought her the victory in the final combat. “Beach sambo is very special, more strength-demanding. I like it, I like close body wrestle. I have chosen the counterattacking tactics in the final; I believed that it would bring me success today. I am happy that today I could get the 4th gold medal for my country. Tomorrow we will fight for the victory team classification”. 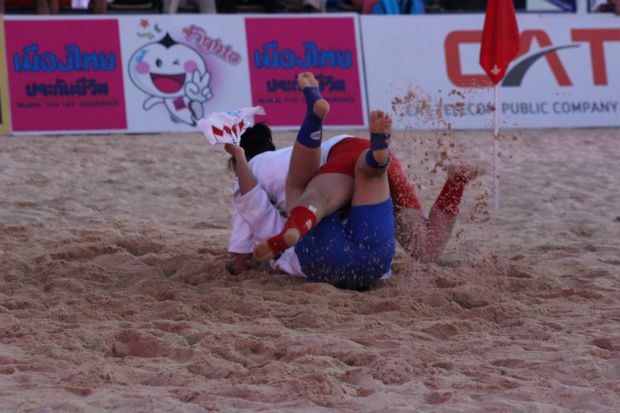 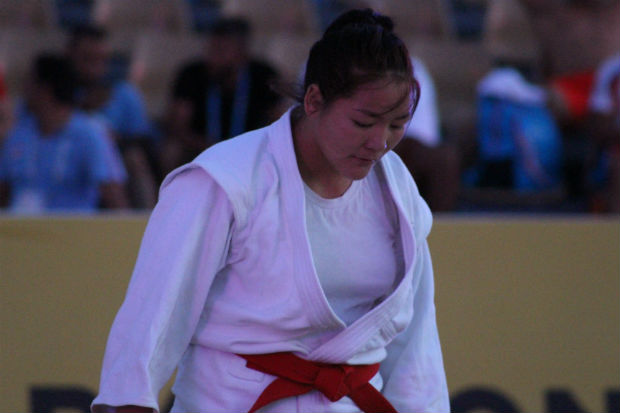 In 100 kg male weight category the South Korean athlete Cheron CHOI won the 1st golden medal for his country. In the combat against Ekhsan KARIMYAN (Iran), Cheron CHOI looking exteriorly stronger and well-trained than his competitor happened to be technically stronger as well. He attacked more, and the referees found him to be more aggressive and persistent in hacks. Due to his activity he merited his victory, which was awarded to him by referees for more active combat. 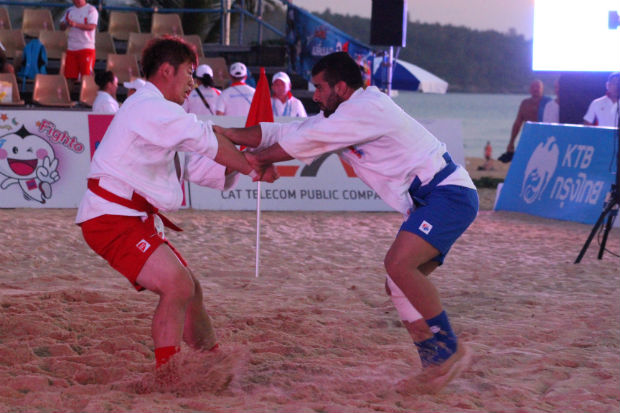 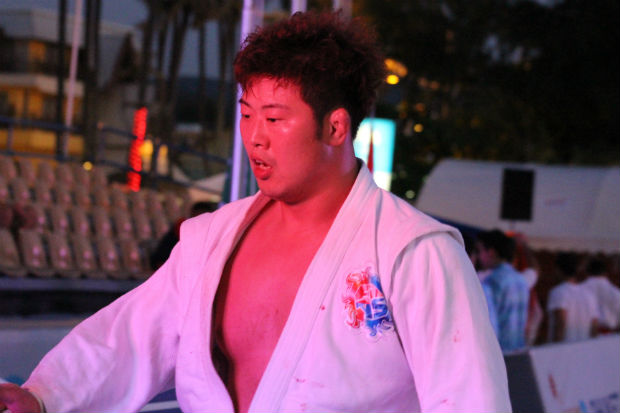 Weight category up to 52 kg

Weight category up to 64 kg

Weight category up to 72 kg

Weight category up to 68 kg

Weight category up to 82 kg

Weight category up to 100 kg

[Photogallery] Beach Sambo at the Asian Beach Games 2014 in Phuket (Thailand). Day 1
Tags:
Share
News on the topic
Blog
Recent photos
Latest news
Recent videos
Latest news
Follow latest news You are subscribed!
Thank you! Your confirmation email has been sent to your email.
This website uses cookies to ensure you get the best experience on our website More info Got it!