Ambassadors of Cuba to Russia: "We are interested in development of sambo in Cuba" 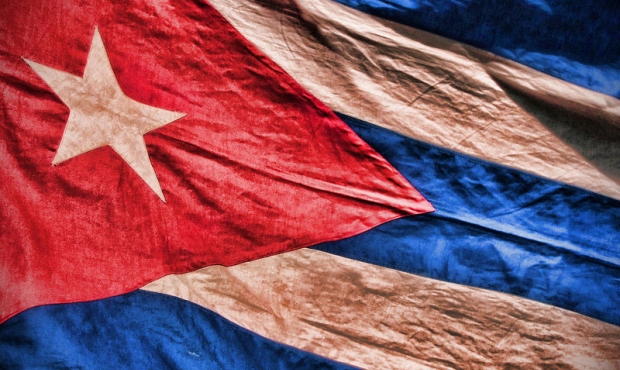 It is quite possible that the sambo world map will be expanded with one more country in the nearest future. This conclusion may be drawn with regard to the results of the official meeting between the FIAS sports management along with the representatives of Rosneft Oil Company and Ambassador Extraordinary and Plenipotentiary of the Republic of Cuba to the Russian Federation Emilio Lozada García.

Russia and Cuba have maintained very cordial relations since the Soviet time. No wonder, the embassy of the "Island of Freedom" in Moscow is full of warm and homelike ambience. Everyone – from diplomats to guards – welcomes the guests with warmth and joy. The Executive Director of FIAS Sergey Tabakov, the Director of the Department of social development and corporate culture of OJSC Rosneft Oil Company Peter Zimovsky and the Manager of OJSC Rosneft Oil Company Oleg Kosolapov had an opportunity to feel that immediately. Friendly atmosphere in the embassy served as a background for conversation about sambo.

– Today, Venezuela is a sambo leader in Pan-American countries. Firstly, the specialists from the USSR and Russia, who laid a solid foundation for development of martial arts, have been working there for a long time. Secondly, the social policy of the country assumes the state support of sambo that facilitates preparation of coaching staff and athletes, the Executive Director of FIAS said.

In the long term, it is Cuba that can become a frontline of sambo development in Pan-American countries. This is due to several reasons and opportunities.

– It is a well-known fact that Cuba has old traditions and well established relations with Russia – homeland of sambo. Besides, within the last decades, there has been a good ground for development of martial arts in the country: notable achievements in boxing, wrestling, judo - including victories of Cuban athletes at the World Championships and Olympic Games. It means that Cubans as a nation, are very prone to martial arts; even now many of them are already able to try their hand in sambo with due preparation, Sergey Tabakov emphasized.

Ambassador Extraordinary and Plenipotentiary of the Republic of Cuba to the Russian Federation Emilio Lozada García expressed high interest in sambo development in his country. However, he also emphasized the points to work at in the early days of martial arts at the "Island of Freedom".

- We are interested in development of sambo in Cuba, because it is a kind of martial art which is truly kindred to us - Emilio Lozada García said. - However, as in any kind of sports, there are several challenges. First, these are tools and equipment for exercises, and second, the coaching staff - people who will be able to train Cubans professional sambo. Without these components, development of martial arts in the country is unimaginable.

Fortunately, the International Sambo Federation had the answers to these questions long before. According to Sergey Tabakov, FIAS has a well-proven technology of national federations’ support, especially of those that start developing sambo. It implies delivery of mats and sports equipment. Besides, thanks to historically developed communication between the countries, the system of Cuban specialists training in Russia and vice versa has been working for a long time.

- We can either invite specialists to Russia for training or conduct regular seminars in Cuba. Perhaps, we should recommend some coaches to work in Cuba throughout a long time, the Executive Director of FIAS emphasized.

Ambassador Extraordinary and Plenipotentiary of the Republic of Cuba to the Russian Federation Emilio Lozada García declared that he was ready to contribute to organization of meetings with the National Olympic Committee President, Minister of Sports and the Rector of the Institute of Physical Culture in Cuba. It can become a good ground to start sambo in the country, which means the continuation of the story lies ahead. The site of FIAS will continue to monitor how sambo is coming to Cuba.