We are introducing the Project of the II edition of Combat Games 2013 in St. Petersburg TV journal The Combat Sports Family 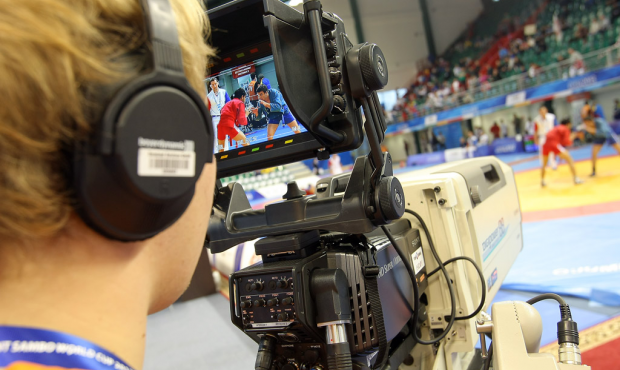 PR campaign of the future Games that is to be held in St. Petersburg (Russia) on 18-26 October 2013 will be headed by the world famous media company IEC. In cooperation with the broadcaster of the Games – All-Russia State Television and Radio Broadcasting Company VGTRK – IEC will have 250 hours of broadcasting from 4 arenas, releases of daily summaries, previews and interviews.

One year ahead of the Games the first news has already arrived from IEC. The first run of the monthly TV journal The Combat Sports Family has already been created and prepared. It is supposed to cover the news of the combat sports family and keep us informed on the preparation of the Games in St. Petersburg.

TV journal The Combat Sports Family is an interesting format for martial arts and combat sports. The 26-minute programme includes vivid moments of the world and continental competitions, interviews, sports highlights and the most interesting events of today from the combat sports family.

The first run of the TV journal includes SAMBO as well: the viewers will be able to watch b-rolls on the world championship that was held in Belarus in November 2012.

Kick-boxing has been represented by the best highlights of the bouts of the European Championship. And boxing will be represented to the viewers of the first run by the star of this sport, two-time Olympic champion, the winner of the I edition of Combat Games 2010, the Chinese Zou Shiming.