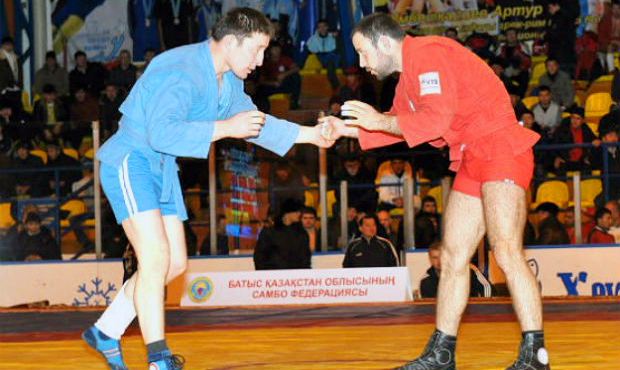 The results of the 2013 Sambo World Cup were published on the FIAS website just a few days ago. All sambo fans were able to learn the names of the athletes who emerged as prize winners and champions in the outgoing year’s gruelling tournament. But the world’s best sambo wrestlers are not going to rest on their laurels, and those who failed to win the coveted medal in the 2013 Cup are also eager to turn the tables. The first of the four 2014 Sambo World Cup Stages, to kick off in Almaty on 25 January, will give all the athletes an opportunity to either redeem themselves or reaffirm their leadership.

The tournament for the Kazakhstan President’s awards will bring together in the country’s capital athletes from around 20 countries and be the first major international sambo event in 2014. Which means that, for many sambo wrestlers and coaches, the Christmas and New Year holidays might prove to be quite short. You can learn more about the organizational details of the forthcoming tournament from the Regulations of the Sambo World Cup Stage for the Awards of the President of the Republic of Kazakhstan by clicking the following link to our website: