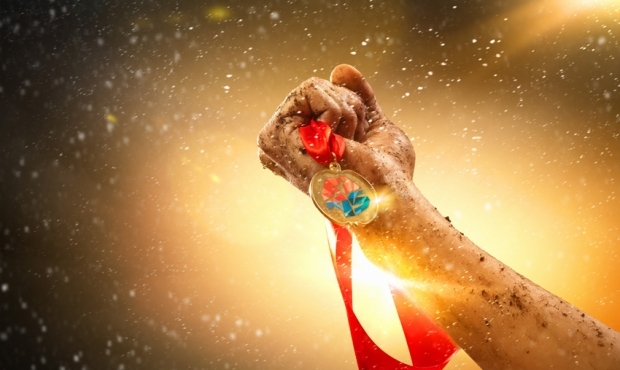 Champions and winners were named in another ten weight categories of samboists aged 14-16 years in the second and final day of the World Sambo Championship among students. Read about all the results and impressions of the tournament from some of the champions of today's competition held at the Spyros Kyprianou Athletic Centre in our report from Limassol.

The main thing was the right start

Zelym Kotsoiev of Ukraine won a landslide victory in the over 84 kg weight category with several throws with hold-down under one leg and a throw with two-leg snatch over Tajik samboist Khurshed Madzhidov. "The main thing for me was to start the fight right, to try and make my signature move and take the lead in the match. I knew if I could do it, my opponent would start to make mistakes, and I could take advantage of it. And that's what happened. The pickup is my signature move, and I practiced it a lot before this tournament. The two-leg snatch was pure improvisation; he rushed at me, and I just took advantage of the situation."

"I wasn't thinking about winning. The important thing was the right technique, in this case a painful hold. I was actually thinking: "Yeah, now I have to squeeze my legs and pull my hand." It worked. What's next? The Championship of Russia among boys and girls, where I'll be chosen for the national team, and try to make it to the World Championship for this age group in Riga," said Tatiana Shuyanova from Russia in commenting on her win in the final in the 48 kg weight category.

I knew I would win today

"I knew I would win today. My confidence was reinforced by the work I did just before the start. I just said to myself: 'I've worked, I can, and I have to win today.' The challenge for the match was simple – to be on top – and I succeeded. I dedicate my win to everyone, and representatives of the International Sambo Federation too (laughs), because we're all a great Sambo family, and I want you to share my joy today and joy of all of Greece," said Greek samboist Vasili Balampashvili in his comments on his victory in the final over Russian Timur Bekmansurov.

I scored two points and decided to hold onto my advantage

David Abdullaev, a new world Sambo champion among cadets from Russia, talked about his victory in the final over Belarusian Aliaksandr Panasenia. "I scored two points and decided to hold onto this small, but still significant and important advantage by gripping. And it worked for me. I had three tough fights before the final. I got this bruise on my nose in a match with a Bulgarian competitor, but of course the main and most difficult fight was the final. I'm very happy today."

Results of the second day of competition of the World Sambo Championship among cadets in Limassol:

[Photogallery] World Sambo Championship among Cadets in Limassol. Day 2
Share
Blog
Recent photos
Latest news
Recent videos
Latest news
Follow latest news You are subscribed!
Thank you! Your confirmation email has been sent to your email.
This website uses cookies to ensure you get the best experience on our website More info Got it!