"Rossiiskaya Gazeta" – about the situation with FIAS 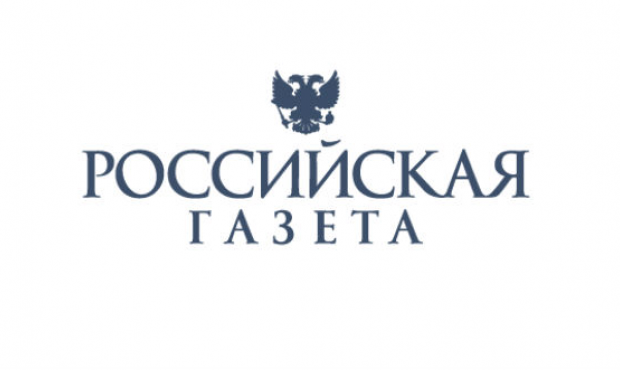 Extensive discussion in media continues concerning sensational story, caused by the wrongful actions of persons discharged at a meeting of the executive committee of the FIAS and deprived of their authority until the next FIAS Congress. We present publication, which came out today, July 31, in the official gazette of the Government of the Russian Federation - the «Rossiyskaya Gazeta»

Throw with the coup

Who is trying to provoke chaos in the International Federation of Sambo?

Questionable figures took power in the International Sambo Federation (FIAS), which plays an important role in promoting the image of Russia abroad.

Recently it was reported that to the Swiss canton of Vaud, where since 2011 Federation has been registered, were handed over documents about the change of 15 out of 16 current members of the Executive Committee of the FIAS, including President Vasily Shestakov. Latter has already initiated a criminal investigation into the incident, which is conducted in three countries: Russia, Switzerland and the United States.

Came on a fishing trip - "appeared" on the Congress

Annual Congress of the FIAS is traditionally held in November simultaneously with the World Cup in Sambo. It had to happen this way in 2013, however the "List of 16 names was submitted to the commercial register of the Canton of Vaud.

According to documents submitted to the canton of Vaud, on June 21 in Malaysia an extraordinary congress of the Federation was held, where new leadership elections took place: as the president was elected "authoritative" businessman Michael Schultz, who previously unsuccessfully tried create his own Sambo Federation Universal Sombo Federation, the governing bodies also included ex-FIAS President David Rudman and former deputy chairman of the State Sports Committee of Russia Nicholas Lenz. The majority of members of the Federation did not know anything about the congress and unanimously claim that the meeting was illegitimate. Currently, more than 50 national federations of Sambo sent claims to the law enforcement authorities in Switzerland and Russia.

The new leadership of public organizations included people who do not have any relation to national federations of Sambo. For example, Latvia represented by Andrey Biryukov, although the current president of the Latvian Federation of Sambo is Vsevolod Green and only he is authorized to take any action on behalf of the Federation. A similar situation exists with the Uzbek Sambo Federation. Its current president Ravshan Ahmedjanov by the official letter informed the lawyers of FIAS that he did not participate in the Congress, and Fazliddin Pulotov, who represents Uzbekistan on in, from May 2013 is not the President of the Federation.

Some of the newly elected members of the executive committee of FIAS also made an official denial of their participation in the Extraordinary Congress. President of the Romanian Federation Viorel Ghyska said that he arrived in the capital of Malaysia to a fishing trip and did not participate in the Congress. Representatives of the British Federation explained their participation by the desire to listen to colleagues and said that it was a scientific conference to promote sambo, not the Congress.

From a legal point of view, no Extraordinary Congress took place. To organize it, you need to comply with a lot of formalities. Collect relevant statements from one third of the countries - participants of FIAS (27 federations), send them to the current president and the executive committee. And only in this case, the executive committee of FIAS independently will organize an extraordinary congress. In the case of a meeting in Malaysia, none of these formalities been complied with. It is not surprising that an extraordinary congress was held disguised as scientific and practical conference. Since a meeting like that could not qualify any higher status. However, due to the signature of a detached FIAS General Secretary Nicholas Lenz commercial register of the Canton of Vaud accepted fabricated documents on holding an extraordinary congress and formalized the changes made on it.

The consequences of this "scientific-practical conference" can be very serious. Unexpected "coup" in the FIAS has turned into an international scandal, which have negative impact on the prospects of development of this sport applying for Olympic status. However, precisely because of Russians - Schultz, Rudman and Lentz - were violated rights of over 70 countries, which sincerely care about the development of Sambo.

While the representatives of national federations of Sambo wrote a protest note to the Swiss authorities, impostors trying to access to bank accounts of the FIAS. There is little doubt that the struggle for power in the social organization, particularly given the dubious reputation of Michael Schultz and his team, was initiated in order to gain control over the finances for the development of this sport, which pass through the FIAS.

To avoid future litigation, the FIAS President Vasily Shestakov officially asked third parties to refrain from financial interaction with the Federation until a legitimate leadership will not be reinstated. "This situation will be resolved as soon as possible", - assured Vasily Shestakov.