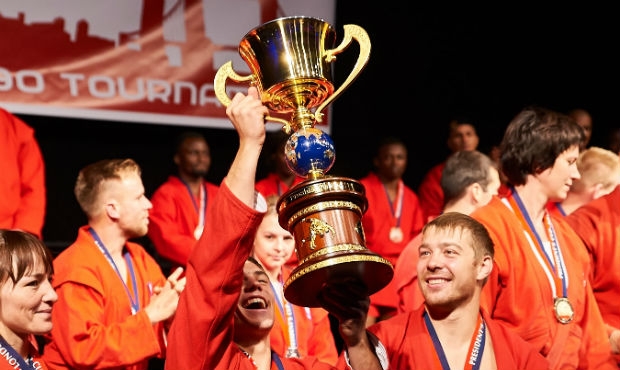 Rossiyskaya Gazeta became the media partner for the II President’s Cup in Manchester, organized by the Commonwealth Sambo Association and the Great Britain Sambo Federation, under the auspices of the International Sambo Federation (FIAS).

The tournament, held on the 27th of September in Manchester, will be inaugurated by Sir Warren Smith, the Lord Lieutenant of Manchester. Competing for the trophy are teams of Russia, Great Britain, France, Spain, Germany, as well as two British Commonwealth teams. Mixed team competitions will be held in the following weight categories: 62kg, 68kg, 74kg, 82kg, and 90kg for the men and 60kg, 68kg for the women. As well as the mixed team competitions, the “British Combat Sambo Grand Slam” will take place during the President’s Cup, as a demonstrative event in an open weight category.

The first President’s Cup was held in London, England in 2014, where teams of Russia, Great Britain, Belarus, Kazakhstan, Azerbaijan and teams of the Commonwealth (Africa and America), competed for the prestigious trophy. During this cup the Russians beat Great Britain in the final, with a score of 7:2 and in third place were team of Belarus and Africa.

All news about the President’s Cup can be read on both the Presient’s cup website www.presidentscup.co.uk and on the “Rossiyskaya Gazeta” website www.rg.ru. The media support, for one of the largest sports tournaments in the sports calendar of FIAS, provided by the Rossiyskaya Gazeta, shows the support of the government and of the authoritative newspaper, towards this national sport which is aiming to become part of the Olympic Family.

Furthermore, some of the sponsors for the President’s Cup in Manchester are the International Sports Press Association (AIPS) and Bauer Radio, which is the largest media network in Manchester.