The happiest country in the world will develop SAMBO 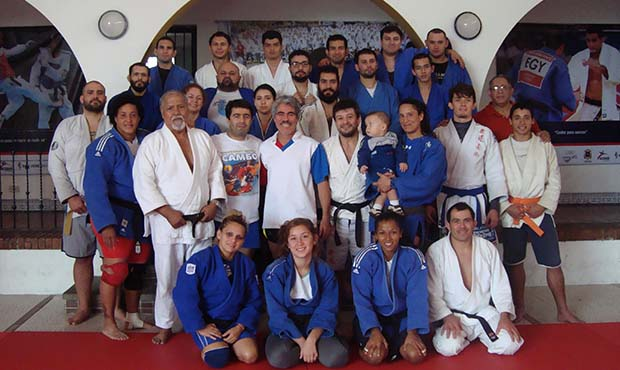 Costa Rica is the happiest country in the world according to the international happiness index for 2012. In addition, it is the only neutral state in America that in 1948 canceled army completely. For a long time Costa Rica was also one of the few countries in the world where almost nothing was known about SAMBO. And finally, from 25 to 27 of July, the country hosted the first seminar on the combat sport. Thanks to this they didn’t only manage to get acquainted with SAMBO, but also reach an agreement on its development in the country and on the continent.

The office premises of the National Olympic Committee of Costa Rica became a place for familiarity with SAMBO – or rather, the venue of the seminar. About 80 people expressed their intention to be at the event, but because of space limitations it was necessary to reduce the number of participants to 30. Thus, the competition was more than 2.5 persons per a seat. The selection was rigorous and carried out on several criteria, including the level of training, coaching and sports experience, the presence of a club or other place for practical training, as well as the desire to develop SAMBO in Costa Rica. 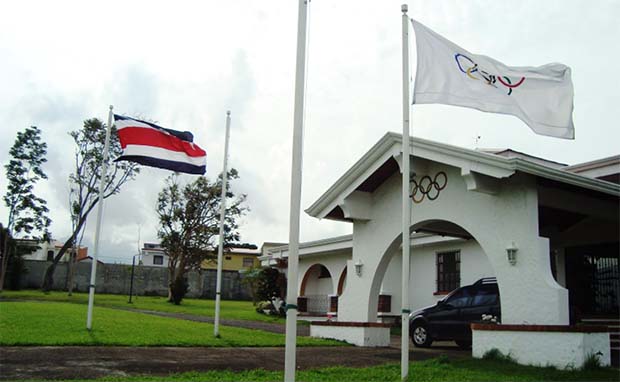 As a result, athletes from various combat sports (judo, taekwondo, karate, Jiu Jitsu, Krav Maga, MMA) were carefully selected and became participants of the event. For example, Kenya Rodriguez, who previously performed for the national team of Cuba and became the Olympic medalist in judo twice – in 1996 and 2000. She has recently received citizenship in Costa Rica and plans to perform at the Pan-American Championship and World SAMBO for the national team of her new country. Despite a fairly solid sports age, Kenya is still an active athlete, but she also thinks about coaching. 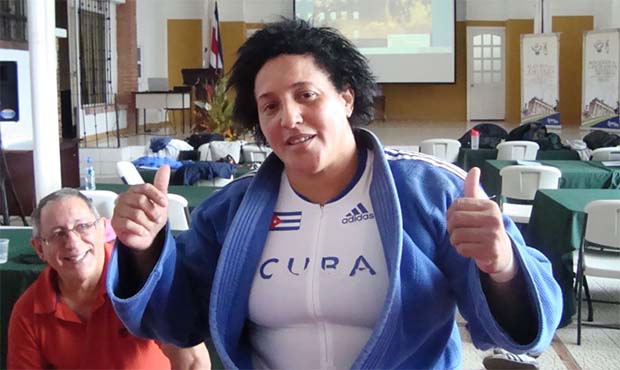 In the course of the seminar the traditional directions for beginners – from the history of SAMBO to safety standards in the organisation of the first fights, from training as a guard and basic technical actions in the position or on the mat to the technique of organisation of training and studying were considered. The training sessions were held by Tigran Karganyan, Coach of the FIAS Development Department (South America and the Caribbean region). The event was organised at the initiative and with the support of Caesar Chu, President of the Pan-American SAMBO Federation. 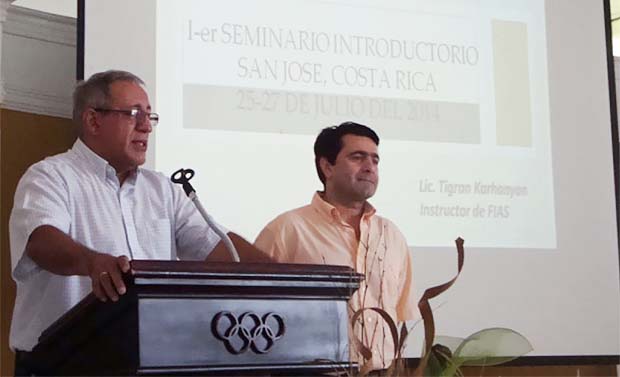 Not only the debut workshop venue, but also the attention of the President of the NOC Henry Nunez, to SAMBO became the confirmation that in Costa Rica they are seriously intended to develop this sport. Henry Nunez is the member of the Olympic Games in judo and knows about SAMBO firsthand. As a result of Nunez’ attending the seminar agreements on SAMBO development not only in the country but also throughout Central America were reached.

Undoubtedly, this will contribute to the formation of the National SAMBO Federation. Gizhermo Sanchez has the honour to head it. The experienced athlete, functionary and coach, he had previously served as the President of the Judo Federation of Costa Rica, and was a member of the Executive Committee of the NOC. Today, he is perhaps the main enthusiast of SAMBO development in Costa Rica and throughout the continent. By the way, the oldest and most prestigious national newspaper NACION reported in every detail that SAMBO had come into the country the next day. 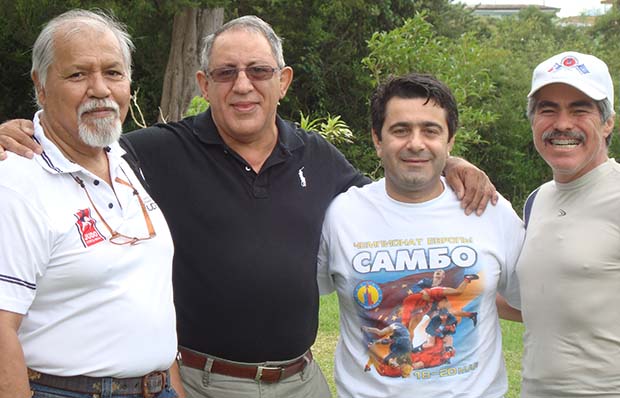 – Perhaps for the first time I saw such a high level of training at the seminars in the region, – said Tigran Karganyan. – I think the main objectives of the seminar on acquaintance with SAMBO, as well as its promotion and popularisation were achieved during the trip. In addition, detailed steps for the development of SAMBO in Costa Rica, including participation in the upcoming Pan-American Championship in Trinidad and Tobago and the recognition by the national sports organisations, were developed.

And it means that there are fewer white spots on the world SAMBO map.