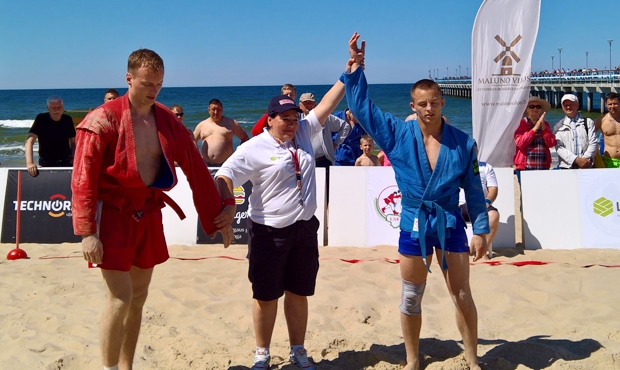 The big SAMBO festival was held from 26 to 28 of May in Siauliai, Lithuania. The program consisted of the International SAMBO tournament, the International seminar for coaches and the first Open National Beach SAMBO Championship. Let's talk about everything one after another.

More than 20 coaches representing Lithuania, Latvia, the Netherlands and Israel, took part in a seminar for SAMBO trainers on 26 of May in Siauliai. The event was organized by the Lithuanian Sambo Federation (LSF). The speaker at the seminar was the sports director of the FIAS, Dmitry Maksimov. The participants got the latest news and updated information of coaching during the whole day of the seminar. 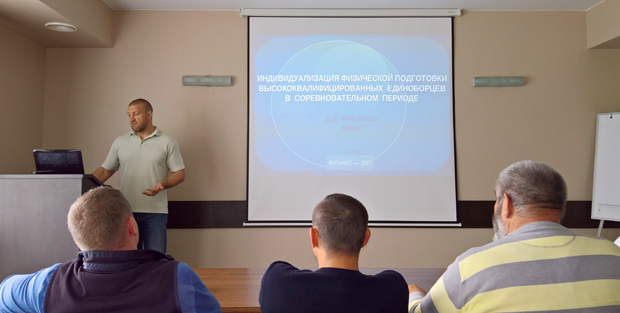 The next day, on 27 of May, there were two tournaments at the same time in Siauliai: the VIII International SAMBO Tournament of Stanislovas Kulikauskas and the Cup for the prizes of the Lithuanian SAMBO Federation. According to the hosts, more than 150 athletes from six countries competed for the prizes. The team of Vilnius became the winner in the team standings of the Cup of the LSF led by the famous Lithuanian sambo wrestlers Sergei Grechiho and Radvilas Matukas.

Later the center of SAMBO life relocated to the Baltic seaside resort Palanga. This is exactly the place where the first Lithuanian Open Beach Sambo Championship was held. Athletes represented seven Lithuanian cities, as well as their neighbours from Latvian city Liepaja, competed in the tournament. Beach SAMBO tournament was a part of the festival "Sport for All", which was held these days in Palanga.

The competition was hosted by the Palanga Sambo Academy, which is headed by Ernestas Dorzinkevicius and Adrijus Kupstas. It attracted hundreds of spectators. "Excellent weather, sports emotions, bright uniform of sambo wrestlers and referees - all together it created a fantastic ambiance of a SAMBO feast" - noted by the Lithuanian SAMBO Federation. 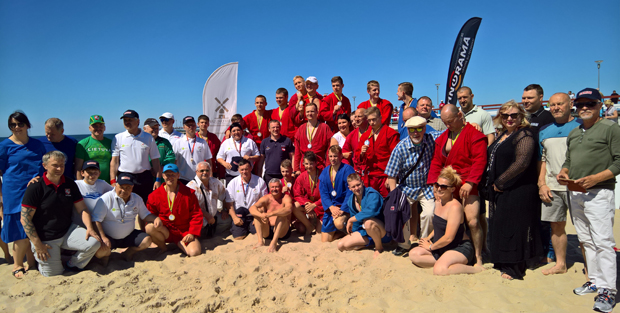 The winners of Lithuanian beach sambo open championships are: