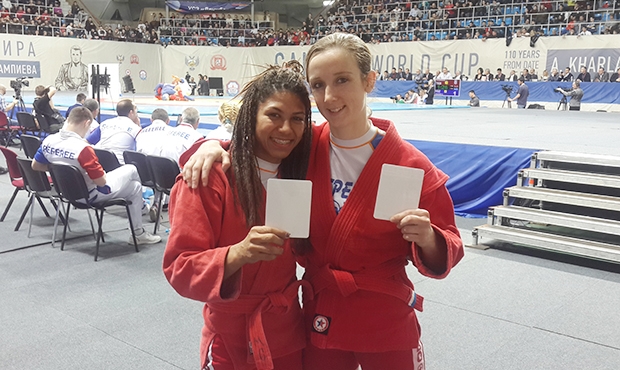 Three years ago, the Peace and Sport international sports organization initiated the White Card campaign dedicated to the International Day of Sport for Development and Peace on April 6. The essence of the campaign is that athletes are invited to take a photo or selfie with a White Card in their hands in order to express the symbolic gesture of the belief that sport can steadily change the world. FIAS and SAMBO have taken part in the event since its inception, and today, we are turning your attention not only to photos of athletes with White Card, but also an interview with SAMBO athlete Maria Guedez (Venezuela) and Laure Fournier (France), where they talk about sports for peace and its contribution to this good cause.

Do you think sport can increase the possibility of peace?

Maria: I am convinced that sport can help peace, because it brings together athletes, unites countries and creates a union of friendship. We are engaged in martial arts, so we must always have an opponent, at least during a fight. But SAMBO still increases our feelings of friendship and peace between every country. 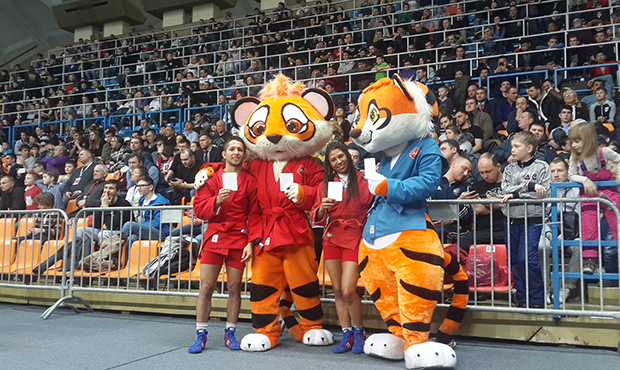 Laure: I definitely believe that sport can bring peace into our lives. International sport generally unites people, brings together athletes, and unites nations. For example, the Olympic Games are proof of that. When the Games were held, wars even stopped. I believe that sport helps to unite people. Through sport, they follow certain rules (such as unwritten rules of respect and so-called rules of fair play). In that way, peace and mutual respect reign.

Do you think that SAMBO unites people?

Maria: Yes, I think that it definitely does unite, but not so much people as the whole world. Because, as I already said, athletes come from different countries to competitions. Accordingly, some friendly ties form between people. Despite the fact that all of us and our countries are very different, we are still very close.

Laure: Of course, SAMBO unites people – entire peoples and nations. And a good example of this is, for example, our friendship and our cooperation with the Venezuelans. We have already formed a kind of Franco-Venezuelan united family. We have a warm relationship with the Russians, who regularly come to train in France. We are like one team – SAMBO unites us: we share experiences, both sporting and cultural, and as a result obtain very good results. 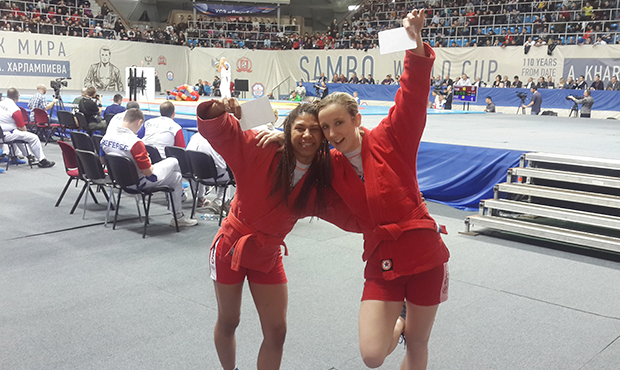 Have you ever been involved in any project that helps the world?

Maria: Yes, at the University of Carabobo, where I studied, which annually organized the Marathon of Friendship. I regularly participated in it: it helped to bring people together and help them. 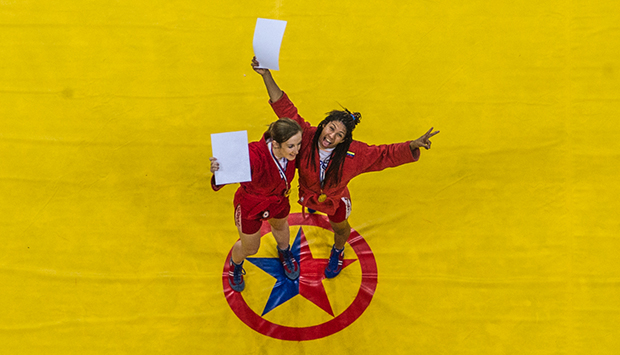 Do you think using social media for the White Card campaign is an effective communication tool for young athletes?

Maria: This is really great! White is a symbol of peace and therefore we as SAMBO athletes from different countries, can take pictures with these cards and with this campaign inspire both our fans and other athletes, and they in turn inspire their fans and admirers. I think it's a very good idea.

Laure: Using such a small and seemingly insignificant thing as a white card, we are nevertheless showing something more. Such as our friendship with Maria, despite different nationalities and different mentalities, we are showing that everything is possible. In that way, we provide an example to the rest. 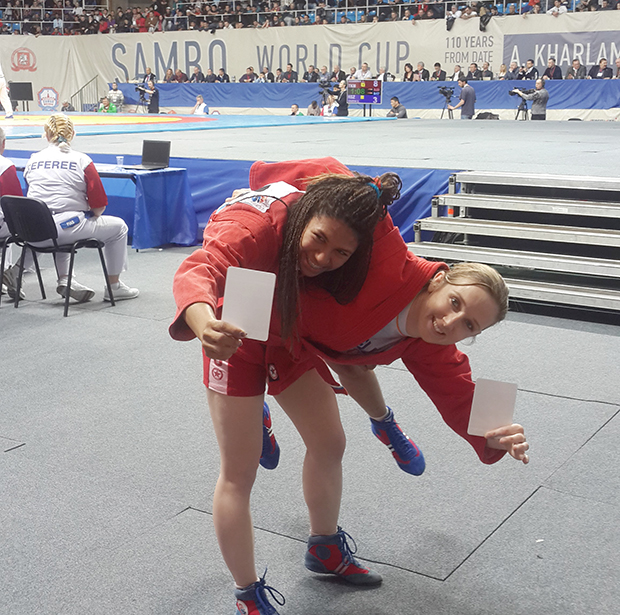 What does peace mean to you?

Laure: I would designate peace with a few terms. First of all, it is friendship, respect, understanding, tolerance, as well as the exchange of experience and knowledge. These words represent the meaning of peace for me in general. 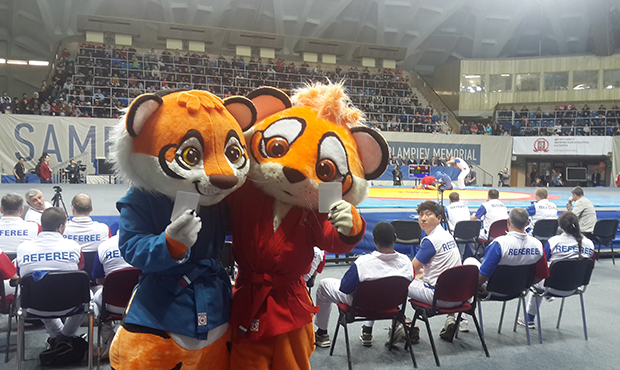 What peacekeeping message could you send SAMBO athletes?

Maria: I invite all the athletes, all sambists in the world to work hard every day to improve ourselves, so we improve, both morally and physically. When people become calmer, there will be less violence in the world. I believe that three concepts – calm, dialog and respect for each other – are key to peace reigning throughout the world.

Laure: I wish that you will learn to accept and understand your neighbors, whether they are your friends in sport or rivals. 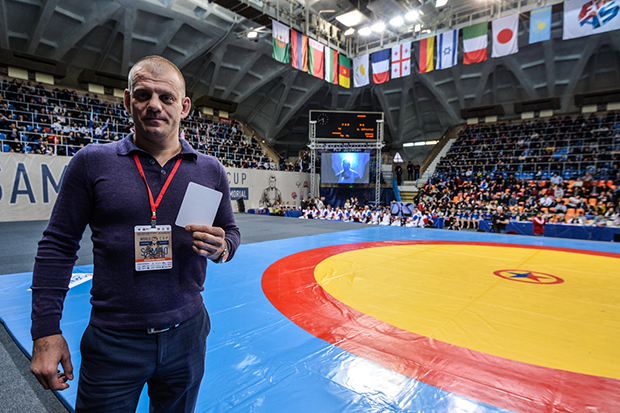 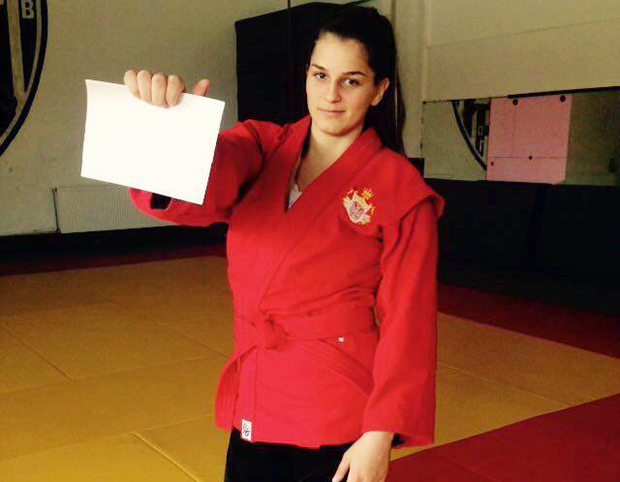 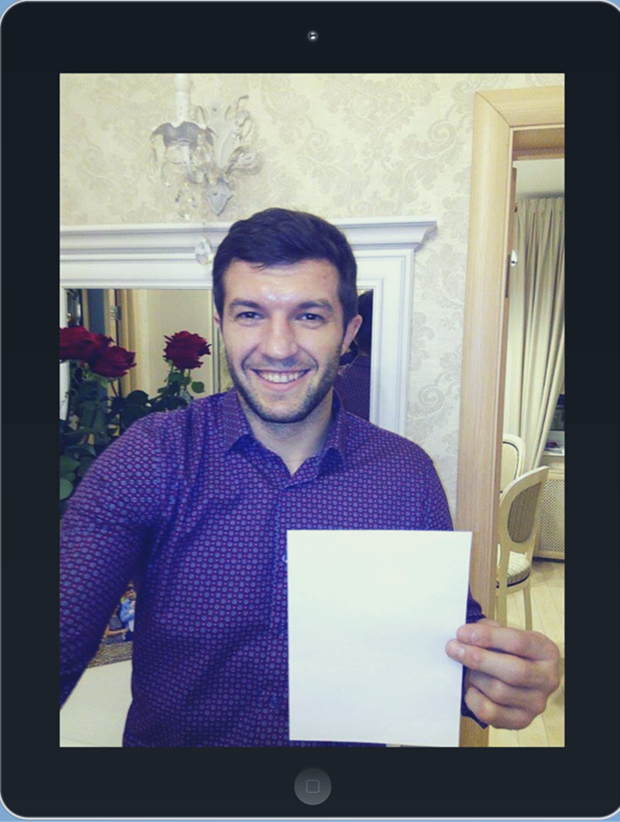 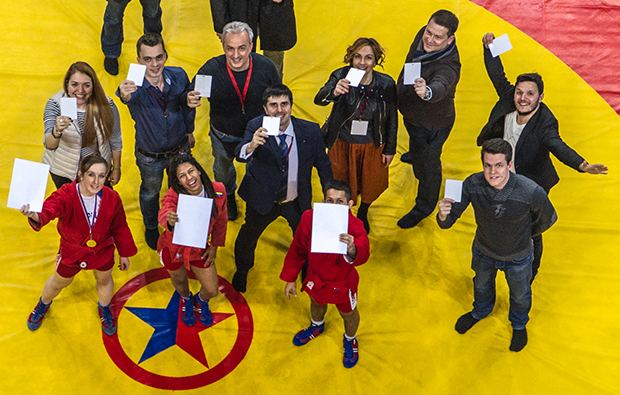