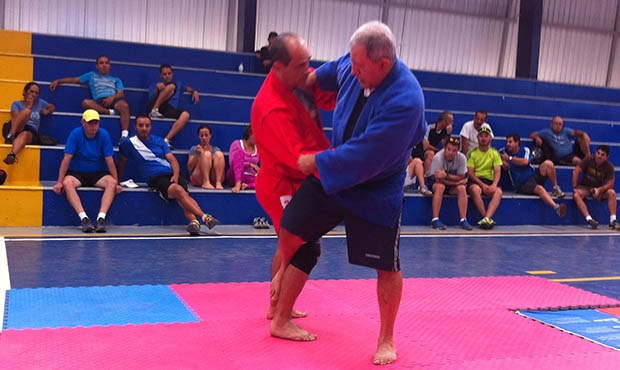 Representatives of the Association of Sambo and Associated Sports of San José Province held a series of Sambo seminars in schools. Participants included physical education teachers from various regions of the country. The logic of the organizers was very simple and clear: they would train teachers, who in turn would pass on the knowledge to their students.

The first seminar was held on November 19 in the city of Heredia, the capital of Heredia Province of Costa Rica. The event, which was held in the gym of Carlos Pascual Zúñiga school, was attended by 22 physical education teachers from various secondary schools. A week later, it was decided to follow up on the success: 48 physical education teachers attended the next seminar in the same gym and learned a lot about Sambo, a sport new to them. In both cases, Guillermo Sanchez, President of the Association of Sambo and Associated Sports of San José Province, taught the basics of Sambo to the participants. 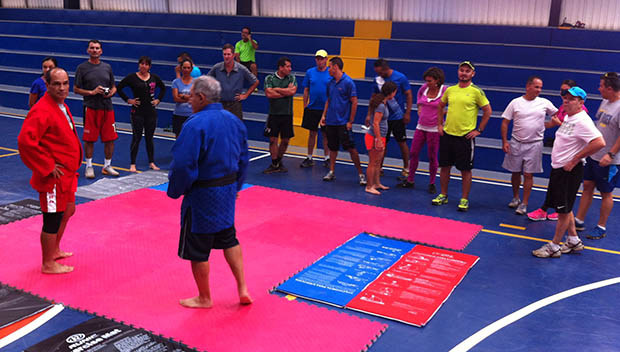 The seminar organizers didn’t confine themselves to Heredia and held the next event in the country’s capital, San José. Twenty-six people attended a seminar on international Sambo regulations and Sambo competition rules. This time, the mentor to the participants gathered in the auditorium of the Sports Committee of the Canton of Goicoechea was Luis Bogantes, a judge of national category. 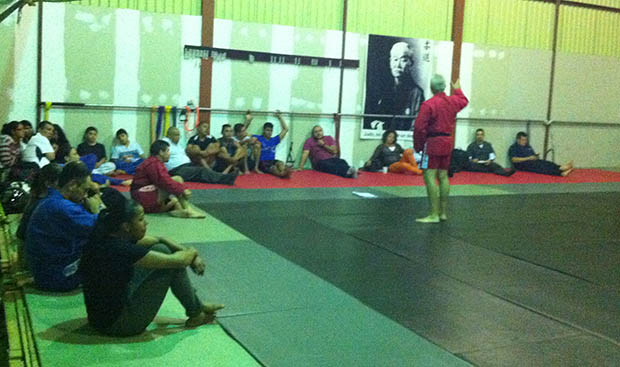 Following the events, Guillermo Sanchez talked about the reasons for holding the seminars and the prospects of developing Sambo in Costa Rica.

“We decided to hold seminars for school teachers for several reasons. First, they’re all physical education professionals. Second, each teacher has a number of students who might get involved in Sambo in the future. We’re now negotiating to hold similar seminars next year.

– What was the reaction to your workshops?

“We received a lot of very different comments. For example, many teachers had no idea that a sport like Sambo existed – it was an absolute novelty for them. The questions concerned the methods of teaching the sport: how to train children aged 7-10 years, as well as youth, what equipment is needed for training, what should basic training for teaching be, and whether it’s possible to get a chief instructor to work with the teachers so they can teach this new sport. 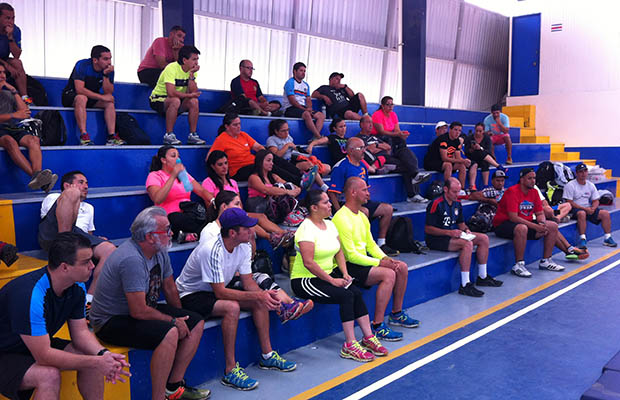 – What are your plans for the near future?

“We have a really broad program for the future. I’d like to explain how this works in Costa Rica. We have a Ministry of Education, which in turn has a department responsible for holding seminars on non-traditional sports. I had a meeting with the head of this department, where I introduced her to the program, and she liked it. So in November we started to conduct open lessons for teachers. The most important thing is that we were able to get into a circle that’s hard to enter. We’re now holding meetings in order to start an ambitious program in 2016.

There are also National Athletics Games, which are held annually. Representatives from each of Costa Rica’s 81 cantons compete in them. The Institute of Sports selects the participating sports. Participation in these competitions is our next goal, which I hope we’ll achieve in 2018.

I’d like to note that Sambo appeared in Costa Rica a little over a year and a half ago. We’re working really hard, and we hope that Sambo will develop actively in our country. Today we already have 4 academies that teach Sambo.