SAMBO AT THE STUDENTS OLYMPIAD: a look from the inside 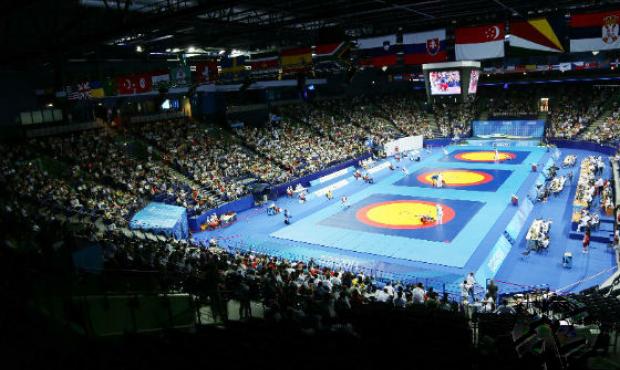 All the participants of the event will remember the debut of SAMBO at the Universiade in Kazan as something superb and close to ideal. Sportsmen, coaches and viewers repeated altogether that our favourite sport had never reached such a high level before. Sergey Tabakov, Executive Director of the International Sambo Federation (FIAS), Technical Delegate of the International University Sports Judo and SAMBO Federation (FISU), detailed in the interview to the FIAS website about the means of achieving such results, what happened backstage “TatNeft-Arena” and whether we should expect something alike in the future or not.

Firstly, what we managed to achieve even before the beginning of the Universiade was to “get” “TatNeft-Arena”. It is a unique building for holding such competitions. Initially we had the following plan: SAMBO is a non-Olympic sport which was included in the programme of the Universiade in fact. The organisers expected a few countries to participate in the Sambo tournament and a few viewers at the tribunes. Therefore the competitions were supposed to be held at “AK Bars” Wrestling Palace where SAMBO World Cup among students took place last December. This was the plan just two years ago…

However, we have managed to get a decision to hold the tournament in our sport at the TatNeft Arena. I believe that it was already a small victory at the preliminary stage even though there were certain concerns that the TatNeft-Arena was too large for SAMBO. Probably, it can be compared to a person who gradually grows and develops. At some moment this person starts questioning itself whether it flied up too high or not. But I think that we should strive to organise SAMBO special events in big and high-quality sports halls. How we are going to fill them is another question. Probably, there will be special promotions and some organisational manoeuvres to attract fans to the tribunes.

We have managed to establish a close contact with all the services and teams which worked inside the Arena. I would like to give prominence to the technical services of the Sports Complex under the supervision of Tagir Nailovich Minnekievich, Chief Engineer. He is a person who was searching for resources inside the Sports Complex. While being an example, he himself carried heaviness, hammered nails, cut boards, i.e. he worked together with his foremen to prepare this event. We had excellent mutual understanding with the team of volunteers, the translators group, the protocol group and the television. Each participant of the process wanted to bring something positive and when necessary people were always ready to make a compromise. 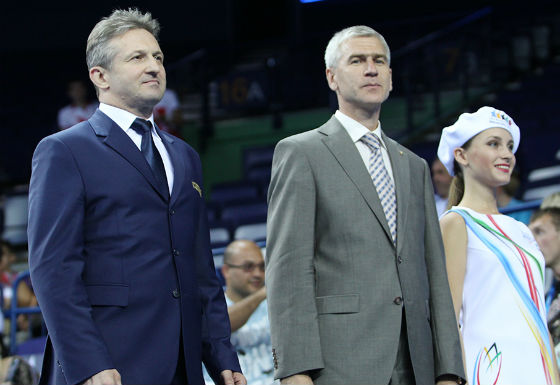 About the Security Service

It should be separately mentioned about the Security Service at the Arena which operated like clock-work despite rare micro-conflicts. It was our orientation to gradually accustom our contingent to discipline. This time the Security was in serious mood as the level of the event was obliging and had to correspond to this format. A well-defined zoning system of the site existed for various categories of the participants. There were surely certain conflicts, misunderstandings and angers but the Security Service properly accomplished its task. It was necessary to form a behavioural stereotype and maintain such order not only at the Universiade but at our future events.

About experience and skilled workers

It was great to have competitions in judo before SAMBO. We managed to adjust a lot of things at the preparation stage and during the tournament of judoists. While estimating the level of professional aptitude of the involved specialists, it could be noted that the majority of them was used to working at shallow and middle level sports events, while holding competitions within the Universiade required quality skills at the limit of their abilities. While the preliminary stage allows some dialogue and polemic, with a tight schedule of competitions it is necessary to act like in the war. Democracy is unallowable here. The task is clearly assigned and the execution is rigidly controlled. People who have no self-discipline, capacity for commitment are often completely at loss in a critical situation. It is pleasant to say that many people demonstrated an ability to prove themselves in extreme situations.

About television and journalists

Every sport works with television to a large extent. I immediately said my colleagues: 5 thousand viewers will see the competitions at the sports hall, while millions of people will have a chance to see them on TV. Therefore, it is necessary to help the television worker place their equipment in accordance with certain requirements. We moved judges, organisers and functionaries in the sports hall to place a camera where it should be. Thanks to these our actions millions of television viewers and visitors of the FIAS website had a chance to see a beautiful picture while we increased the audience of the competitions not even by times but by thousand times. It is a satisfaction to know that our work did escape attention as employees from television approached us and expressed their gratitude. They said that it was perhaps the first time they dealt with such a human attitude. Television workers often feel like castaways although everyone understands that they are responsible for the quality of picture that we see.

We gave the whole sector in the sports hole to journalists and helped them to equip the press-centre. At the Arena itself a professionally equipped mixed-zone was provided to journalists who held interviews, made photo and video reports. I believe that when organising competitions it is essential to cooperate your efforts with colleagues from Media in order to create a valuable product and to accordingly present it.

Podium for awarding is also our idea. It must be located in the high light and not hidden somewhere in the corner. During visits for the purposes of sports hall inspection to Kazan the attention was paid to a small ground where a group of cheerleaders performed during hockey matches. Then the idea that it could be a great stage to beneficially show medallists leaped into the mind. In 2011 the podium was placed right at the mat against empty tribunes in Chinese Shenzhen. It did not look beneficial at all. We created branded background scenery of the Universiade, nicely decorated the stairs, and filled with fans the tribunes behind the podium for awarding. All these actions helped us to create a beautiful picture. Literally one day before the beginning of the tournament we built a beautiful entrance for sportsmen to the Arena from the rooms under the tribune. Everything was like at the Olympics! It can take me a long while to enumerate small findings which generally allowed us to create a feeling of a festival and importance both for sportsmen and viewers.

I am always glad to see SAMBO participating at multisport events as it allows our sport to move to the number of most advanced and promoted types of sport. This concerns all the categories of participants: coaches, sportsmen, functionaries and judges. Everyone can and must understand possibilities to improve quality of holding tournaments and which modern technologies are involved in this process. This is surely possible when there is a certain format where we do not play first fiddle and we are a part of a large group and must obey regulations which are set by the organisers.

I consider that this event was an important one for the whole SAMBO world. We wished all the sambists experienced this global rejoicing and felt the Olympic atmosphere. This Universiade turned out to be very similar to the major Games of the Quadrennium while the opening and closing ceremonies in Kazan may even “beat” the Olympics in terms of globality. Sports sites, the Universiade village, food, transportation, and security system, i.e. all the principal components corresponded to the Olympic format.

Many people noted that quite middle-aged Judges worked at the Sambo tournament at the Universiade. Of course, tight middle-aged people who can perform quality judging while minimising possible mistakes should come out to the mat at the student sport event of such a high rank. I would like to note that we managed to bring representatives of various National Federations to the referee mat. There were mishaps as well but generally we can say that we have resource and potential to go further in this direction.

About those who deprived themselves

While addressing our National Federations, Presidents and sportsmen who did not manage to participate in the tournament for some reason I would like to express my regrets about their inability to become a part of such an event. Anyway, our team, the FIAS team and I myself as a representative of FISU and FIAS made everything possible to organise this event. Vasily Borisovich Shestakov as the President of the International Sambo Federation put a lot of effort so that sambists could come to Kazan.

It is quite possible to create something alike at our further tournaments. It’s just all about the human resources and money. However, even all these factors are not what matters mostly if one has professionalism and aspiration to achieve a certain result. Today everyone prefers to walk along the easiest path, i.e. you pay and we will do everything. You get an impression that there is bargaining from the both sides of the counter. I am sure that we all must be on the same side. It should not be only FIAS to care about the level of the held competitions, but the organisers should also apply strength and soul to creation of a quality spectacular product for further promotion of SAMBO.

To sum it up, I would like to say that participation in the Universiade 2013 was symbolic for FIAS. I hope that the world Sambo family understands it. For the 75th anniversary of SAMBO, our favourite sport, I would like to wish it to try on a brand t-shirt with five Olympic rings in the future.