Sambo is on diplomatic service: strengthening cultural relations between Great Britain and Russia 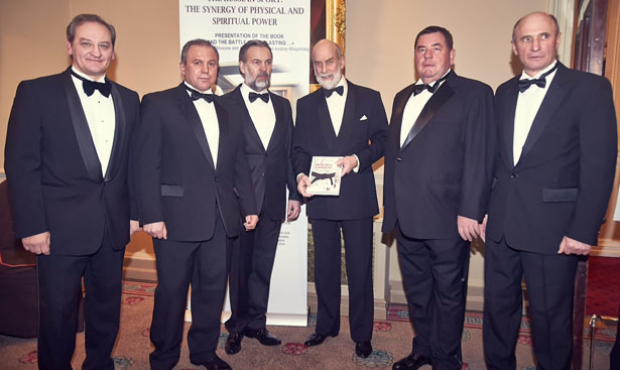 “Being the FIAS President, I would like to speak about Sambo as a part of the Russian culture and a sport that has now become international and actively developing. Many nations see their own sports styles and traditions in Sambo and justly consider Sambo their native kind of sports. Sambo is the synthesis of all known world martial arts, including of course traditions of martial arts of the countries of the British Commonwealth”, Vasily Shestakov, President of the International Sambo Federation, greeted all visitors of the gala night, which took place yesterday at the London Cavalry and Guards Club in Great Britain.

“The British Commonwealth Sambo Association, presently including 22 countries developing Sambo, initiated holding the International Sambo Tournament for Prizes of Russian President Vladimir Putin in London this year”, continued Vasily Shestakov. “I am convinced that these competitions will harmoniously complete the year of culture in Great Britain and Russia. The tournament can vividly and attractively demonstrate Sambo as a part of the Russian culture and sports traditions to the British public and numerous guests”.

The event was dedicated to strengthening relations between Great Britain and Russia. The British Commonwealth Sambo Association was the organizer of the gala night held within the framework of the bilateral year of culture of these two states. Prince Michael of Kent, Alexander Yakovenko, Ambassador of the Russian Federation to Great Britain, Lord Simon Reading, President of the British Commonwealth Sambo Association, Vasily Shestakov, President of the International Sambo Federation (FIAS), State Duma Deputy, honorary citizen of London, General Sir David Richards, Count Nikolai Tolstoy visited the gala night.

It was said a lot that night about the diversity of historical and contemporary cultural interconnections between two countries, i.e. Great Britain and Russia. Every person speaking at the event considered this interconnection from a different point of view, reflecting numerous aspects of two states’ interconnection, namely political, cultural, sports, military, and religious.

Alexander Yakovenko, Ambassador of Russia to Great Britain, in his greeting to the participants of the night noted that the British are sincerely interested in the Russian culture and traditions, and that this interest is mutual. “They welcome British art with open arms in Russia. We know that they welcome Russian cultural traditions in Britain too. I believe that our nations will only benefit from strengthening cultural and personal relations”, noted Yakovenko.

Vasily Shestakov, President of the International Sambo Federation, said in his turn that at the present time the so-called sports diplomacy has been becoming more significant in the world politics. “I am convinced that sport in the interstate relations is capable to perform important cultural and humanitarian functions acting as “a peace envoy” and helping to establish friendly relations between countries and nations”.

The presentation of the fiction book about Sambo “Eternal Fight. Saint Nicholas of Japan. Martial Arts Sources in Russia”, one of the co-authors of which is Patriarch Kirill of Moscow and All Russia, took place within the framework of the night. The book written by the author Anatoly Khlopetsky, Merited Sambo Coach of Russia, reveals spiritual sources of Sambo and narrates about the start of an unordinary and difficult life journey of Vasily Oshchepkov, one of the founders of this martial art.