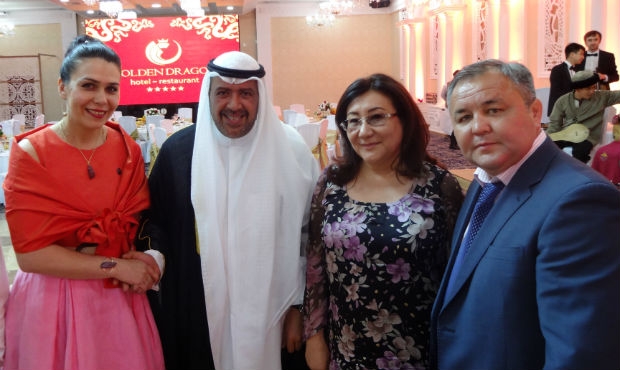 FIAS’s site has already spoken about the visit of the President of the International Olympic Committee (IOC) Thomas Bach to Tajikistan. The head of the IOC together with the Chairman of the Olympic Council of Asia (OCA) Sheikh Ahmad Al-Fahad Al-Sabah visited Dushanbe where he expressed his opinion on the development of sambo in the world and its Olympic prospects. But the Asian tour of Thomas Bach didn’t end at this moment as well as his meetings with representatives of sambo of various countries. During his visit to Kyrgyzstan the IOC President and the Chairman of the OCA had an amicable talk with the President of Sambo Federation of the Kyrgyz Republic Nurlan Tokonoev as well as with a representative of the Austrian Sambo Federation Svetlana Neubauer-Sokolik.

Austrian and Kyrgyz sambo are in a close friendship. It made due impression on Thomas Bach which he expressed in three words: "Sambo is everywhere!" His attitude to our beloved sport was also expressed by Sheikh Ahmad Al-Fahad Al-Sabah. "I am a great friend of sambo," - said the head of the OCA. The sides agreed to continue their friendship in 2016 in Ashgabat.