SAMBO will be implemented in Ukrainian school curricula, beach SAMBO competitions will be held as well 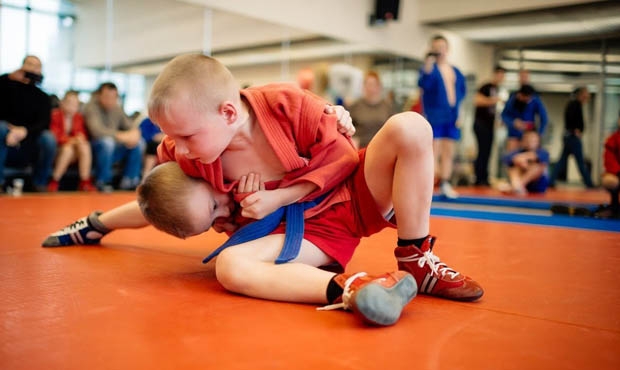 In Ukraine SAMBO will be implemented in school curricula, while a special commission will focus on the development of beach SAMBO. These decisions were made public at the special Ukraine SAMBO Federation (USF) conference, which was held in Bilhorod-Dnistrovskyi in early September.

According to the USF press service, one of the key questions, discussed at the conference, was introduction of the specialized school curricula, presented by the USF. This curricula gained support of the Ministry of Education and the Ministry of Sport right away.

«At the moment we`re just getting started with this project. At the early stage our goal is to launch this program at least at one school in every region of Ukraine, – said head coach of the Ukraine National Team Mikhail Rudenko. – We`ve reached quite specific agreements, school principals have shown interest to our suggestion. We need to display positive dynamics during the three-year trial period, after that conclusions will be made. I believe we can succeed and attract as many youngsters of various age as possible. There are separate training programs for primary schools, secondary schools and high schools».

Another innovation, suggested by the national federation, is establishment of the beach SAMBO commission. USF president Vadim Rogach provided comments on this matter:

«FIAS has been developing beach SAMBO for years and we mustn`t stand aloof, as Ukraine has one of the strongest SAMBO schools in the world. At the conference we made a critical decision – it was decided to establish a commission, its composition will be determined during another reporting conference in December. Also we`ll prepare methodological framework by the end of the year. For example, we`re currently translating SAMBO rules into Ukrainian. In order to accomplish this goal we`ll consult with our colleagues from the International SAMBO Federation, who supervise this specialization».