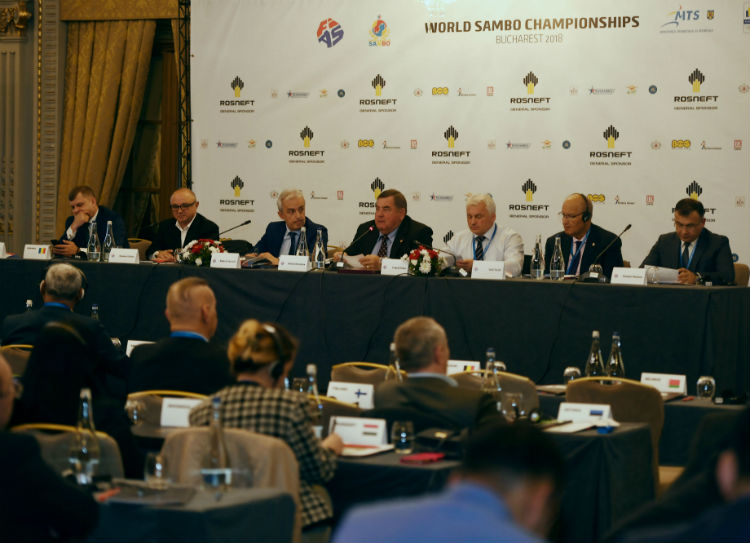 The regular FIAS Congress has just finished its work in Bucharest (Romania). On November 8, the meeting was attended by delegates from 73 countries.

The welcoming address was given by the FIAS Head Vasily Shestakov. 'This Congress is held shortly before a significant event, the 80th anniversary of our favorite sport. Today, SAMBO is successfully expanding throughout the world and we can assert with confidence that it is now an international sport,' remarked the FIAS head.

Recounting the most significant events of the sports year that is coming to an end, Shestakov highlighted the inclusion of SAMBO in a number of multisports competitions, most notably in the XVIII Asian Games held in Indonesia. 'For representatives of Asian countries, this is the second most significant event after the Olympic Games,' stated the FIAS leader stated, noting the important role of the President of the SAMBO Union of Asia Alamjon Mullaev and his team in preparing and holding these competitions.

As he went on informing the Congress delegates about the major recent successes, Vasily Shestakov focused on the participation of SAMBO in the Central American Games held in December 2017 in Nicaragua. 'There took place the individual competitions in sport and combat SAMBO, team competitions among mixed teams (men, women, combat SAMBO), and for the first time ever, medals were awarded in combat SAMBO among women. I can say that the experiment has been a success, and in the future we hope that the new discipline would also gain popularity among female athletes,' said Shestakov. 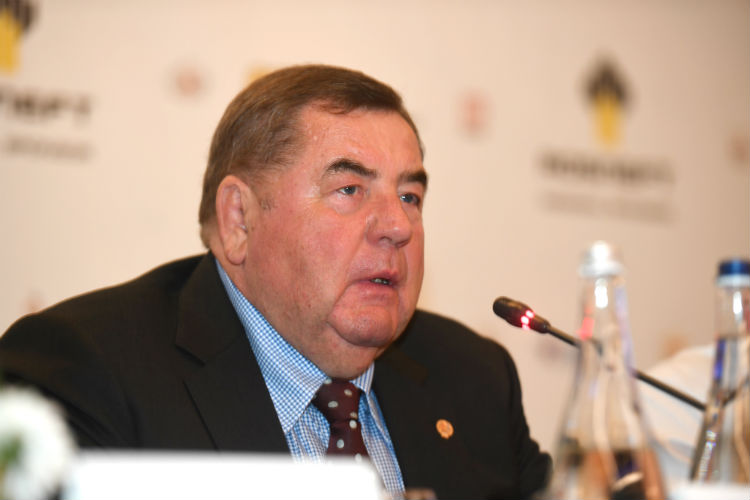 The FIAS President also has drawn attention to the forthcoming II European Games that will be held in 2019 in the capital of Belarus, Minsk. The program of the Games includes competitions among men and women in sport SAMBO, both in nine weight categories.

Among other important events of the current year, Vasily Shestakov also mentioned the World SAMBO Championships among schoolchildren that were held for the first time in the city of Orel, Russia, expressing his words of gratitude to the President of the All-Russian SAMBO Federation Sergey Eliseev and his expert team who had excellently staged this event.

Also, the FIAS head paid attention to the 2018 World Championships among Masters in Casablanca, Morocco, and the World Youth and Junior Championships in Tbilisi, Georgia. 'I wish to thank the President of the African SAMBO Confederation, Mr Dalil Skally, and the President of the Georgian SAMBO Federation, Avtandil Tsintsadze, for their perfectly organized competitions and excellent work,' emphasized Shestakov.

Informing the Congress participants on the successes of SAMBO in media coverage, the FIAS leader has reported that the number of television companies from different countries that enter into a contract with the FIAS in order to broadcast the main SAMBO tournament of the year is growing annually. 'The 2017 World Championships were broadcast, live or in record, by 17 television companies from around the globe, and the total audience of the FIAS website and the associated social media during the World Cup online broadcast amounted to 1 million users,' informed Shestakov.

'The most important event for our federation occurred in April at the SportAccord Convention in Bangkok, Thailand,' continued Shestakov. 'FIAS concluded a memorandum of cooperation with the Olympic Channel.' He also focused the attention of the Congress delegates on the fact that FIAS was able to reach an agreement on broadcasting the finals of the World SAMBO Championships in Bucharest via the Olympic channel. 'For us, this is a great chance to introduce the multi-million audience of the Olympic channel to SAMBO,' summarized the FIAS President.

Vasily Shestakov made a special mention of the doping issue in the world sports. He noted that FIAS continues to arrange the anti-doping educational seminars for coaches at all continental SAMBO championships.

At the end of his speech, the FIAS leader wished all national federations to successfully perform at the main SAMBO competition of the year, the World Championships. 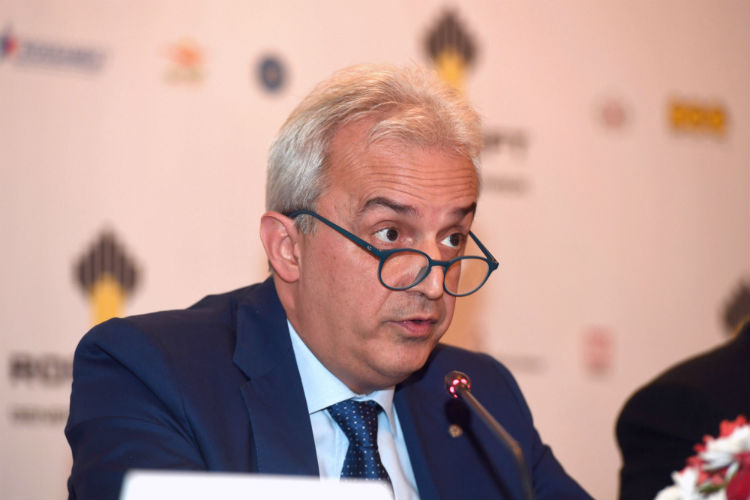 Next, the report on activities of the FIAS Committees was given by Roberto Ferraris, the FIAS General Secretary. He reminded the delegates that the commissions have been working for a year staffed with new members and noted the progress in their activities. Also, the FIAS Secretary General reported on the issues submitted by the FIAS Executive Committee.

In the final part, the date and venue of the next FIAS Congress were set – 7 November 2019 in Seoul (Republic of Korea).

[Photogallery] FIAS Congress in Romania
Share
Blog
Recent photos
Latest news
Recent videos
Latest news
Follow latest news You are subscribed!
Thank you! Your confirmation email has been sent to your email.
This website uses cookies to ensure you get the best experience on our website More info Got it!