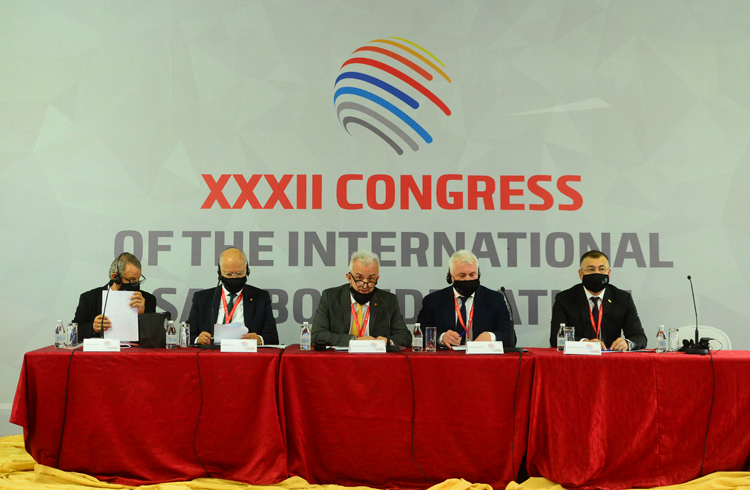 The XXXII Congress of the International SAMBO Federation was held on the 5th of November 2020 at the Park Hotel in Novi Sad, Serbia. Due to the COVID-19 pandemic, it was decided to carry out this event in a mixed format when some of the delegates were present in person, and some joined remotely, via video conferencing connection. In the aggregate, the Congress was attended by representatives of 70 countries. 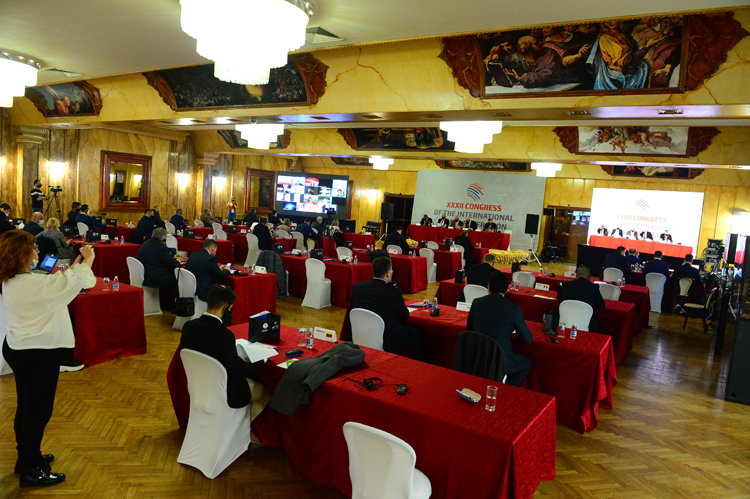 The summary report was made by the FIAS President Vasily Shestakov. He started his speech briefing on a series of online SAMBO tournaments that had been carried into effect. He turned the delegates’ attention to the fact that the development of the Online SAMBO discipline had made it possible to recompense the deficit in sports, needs for motion and international communication emerged due to the COVID-19 coronavirus infection. 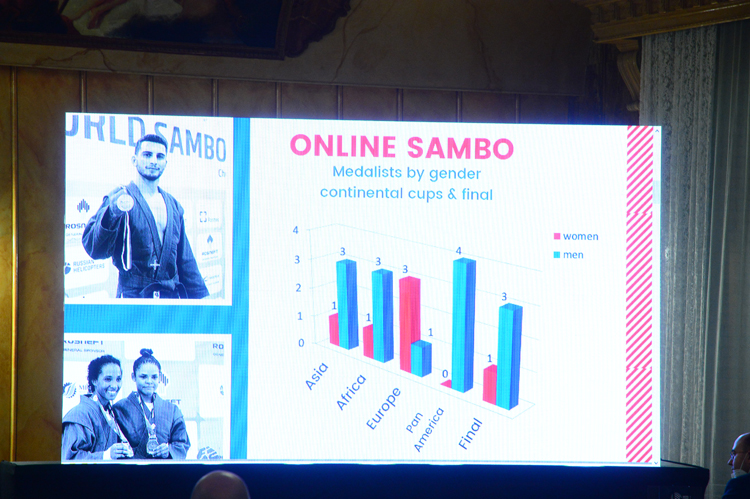 Following the Online SAMBO competitions review, the FIAS head moved on to information regarding the real-life events that took place in early 2020. In particular, he made a mention of the International SAMBO Tournament for the Prizes of the President of the Republic of Belarus held in Minsk on February 20-21. Representatives of more than 20 countries of the world took part in the tournament. ‘This was the first competition where the latest changes in the FIAS refereeing rules had been tested. There were no serious complaints from experts, as athletes, coaches, and referees who serve them are adapting to the innovations,’ said the President of the International SAMBO Federation. 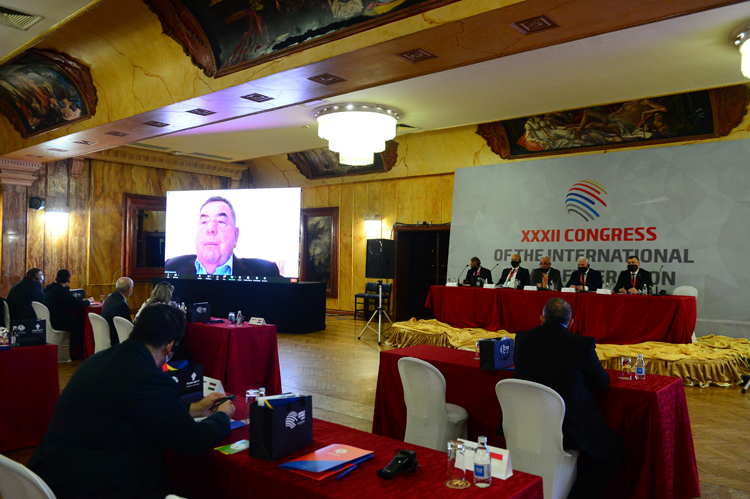 Vasily Shestakov also highlighted educational seminars held on the Asian and European continents as a special item in the general sports agenda. ‘Early this year, the capital of Spain hosted the FIAS International Seminar for Referees. I would like to express my gratitude to the leadership of the Spanish Federation of Olympic Wrestling and Associated Disciplines for the support provided in holding this event,’ accentuated Shestakov.

One of the highlights of this year was the establishing of the Professional Combat SAMBO League. This event took place in February in Sochi, Russia. As part of the tournament, a round table was held themed as “The Prospects for the Global Development of the Professional Combat SAMBO League”, in which the officials and members of the international SAMBO community partook.

In the final part of his report, the FIAS leader congratulated the renowned SAMBO-70 School on its 50th Anniversary, and also touched on such important event as the launch of the SAMBO carrier rocket from the Baikonur Cosmodrome. 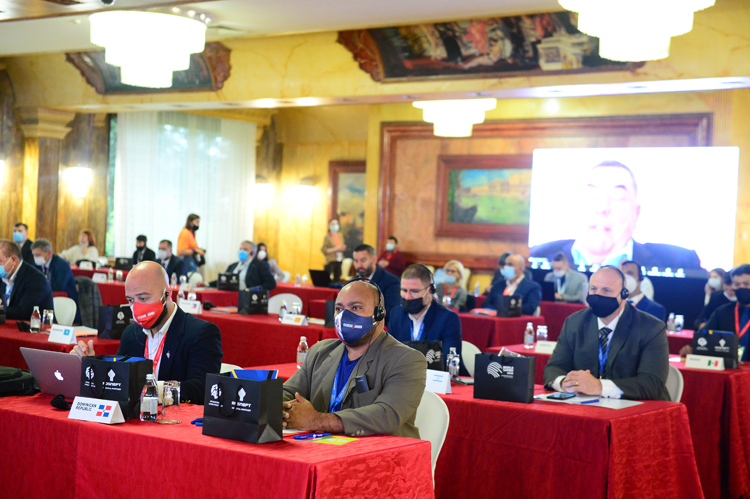 Speaking about the priorities of the International SAMBO Federation, the President reminded the delegates about the participation of SAMBO in multisport competitions, which include the II European Games in Minsk and the Games of Southeast Asia, both held in 2019. ‘Next year, SAMBO will take part in the Asian Indoor Games in Thailand, the FISU Martial Arts Games in Yekaterinburg, and in 2023 SAMBO will become a rightful participant in the World University Games in Yekaterinburg,’ outlined the future plans Vasily Shestakov.

Then the FIAS President spoke about the construction of the International SAMBO Center in Luzhniki (Moscow, Russia). He noted that the construction of the sports facility is in full swing and there is every reason to believe that next year, during the World SAMBO Championships in Moscow, the competition participants will be able to visit this new unique facility. 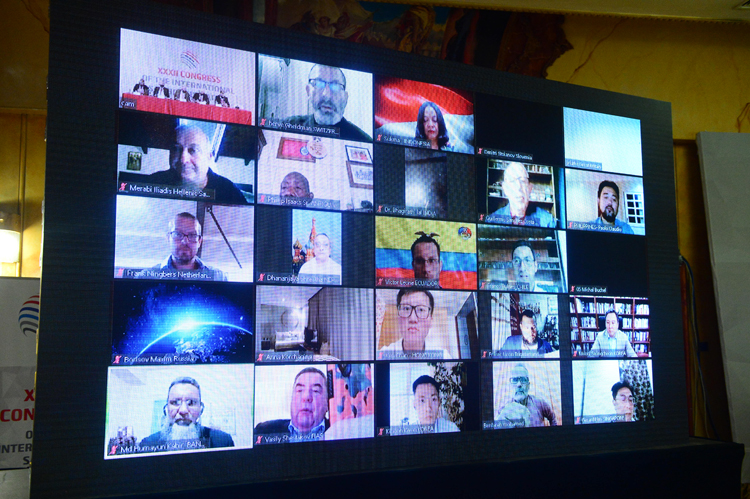 ‘May all of us live this year with no serious losses, and meet the coming year with great enthusiasm and faith in the bright future!’ With these words, the FIAS President concluded his speech.

Also, the Congress adopted a number of amendments to the organization's Statutes. Following that, the FIAS Vice-President Sergey Eliseev on behalf of the All-Russian SAMBO Federation introduced and asked those present to support the candidacy of the incumbent President of the International SAMBO Federation Vasily Shestakov respecting the extension of his term of office until November 2025. The nomination of Vasily Shestakov was unanimously supported by the delegates. 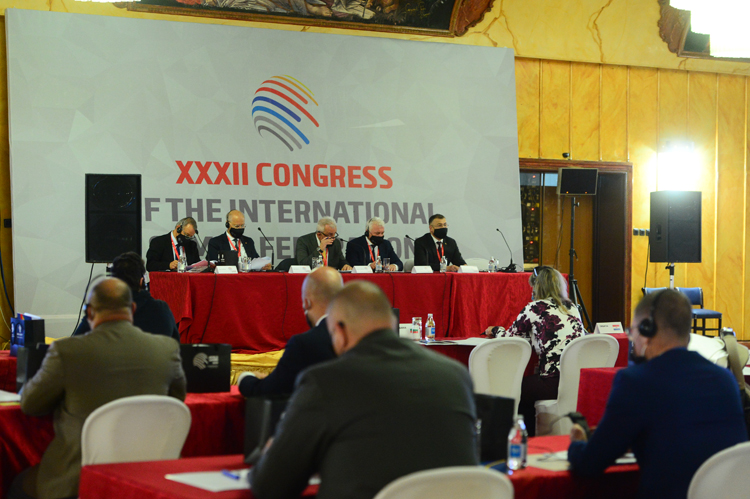 Next, the participants of the official event approved Moscow (Russia) as the venue for the next FIAS Congress, since it is in this city that the 2021 World SAMBO Championships will take place.

In the final part, the FIAS Secretary General Roberto Ferraris thanked the member of the FIAS Executive Committee, President of the Serbian SAMBO Federation Tatjana Trivic and the member of the Executive Committee of the European SAMBO Federation Patrick Drid for the efforts they made to organize and carry out the World Championships and the World Youth SAMBO Championships. ‘You have successfully coped with all the difficulties and challenges. With your hard work and high dedication, you have made a significant contribution to the development and popularization of our sport,’ stressed Ferraris.