FIAS Congress was held in Bishkek 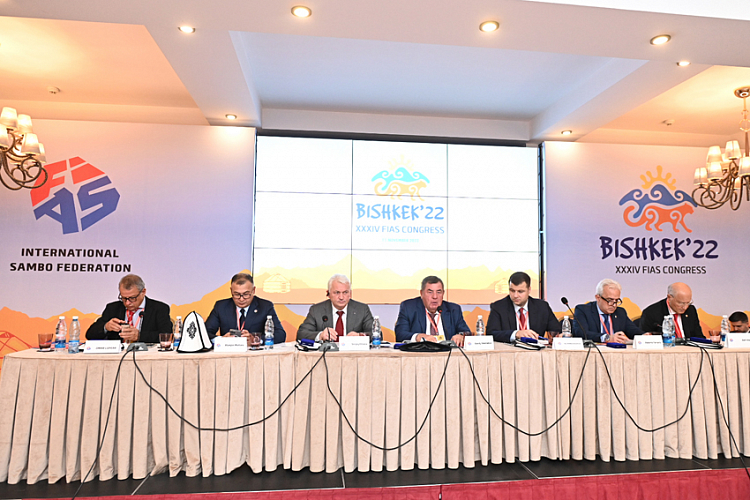 The XXXIV Congress of the International SAMBO Federation was held in the capital of Kyrgyzstan – Bishkek. The delegates gathered in the conference hall of the Orion Hotel to discuss topical issues in the development of world SAMBO. Those who were unable to attend presented at the meeting online.

The opening of the Congress was announced by FIAS President Vasily Shestakov, the event was moderated by the FIAS Executive Committee member Alexander Korsik. 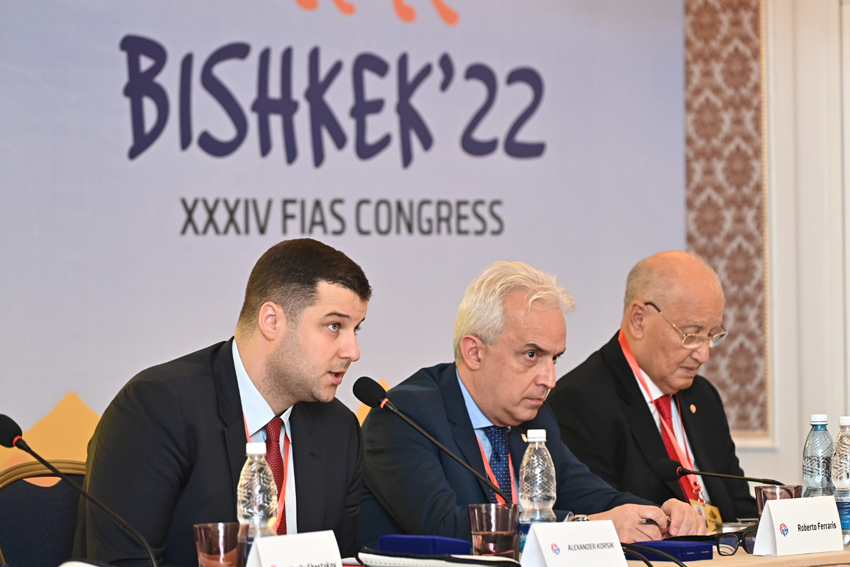 Suresh Gopi, Chairman of the FIAS Legal Commission, made a report on membership in the organization. The delegates voted for inclusion New Zealand national federation in the International SAMBO Federation, granting the status of a candidate to the national federation of Bolivia. 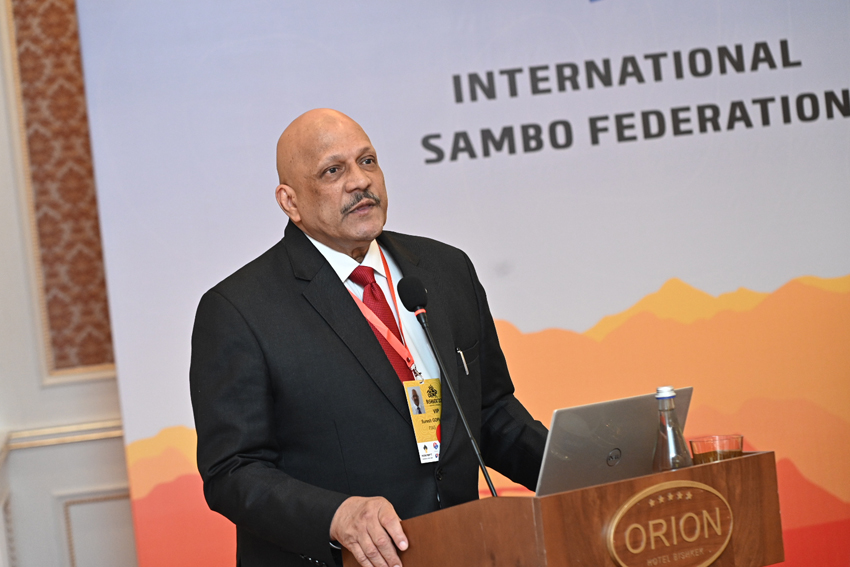 Then the FIAS President Vasily Shestakov took the floor. Informing those present about the international tournaments held, the FIAS leader noted the World Championships held in 2021 in Tashkent (Uzbekistan). “I want to thank the National Federation of Uzbekistan for the successful holding of this sports forum,” Shestakov said. 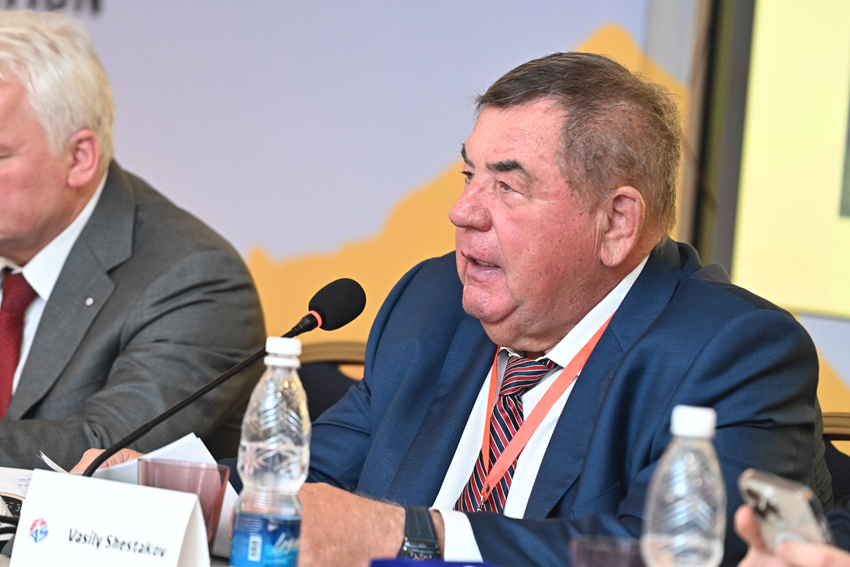 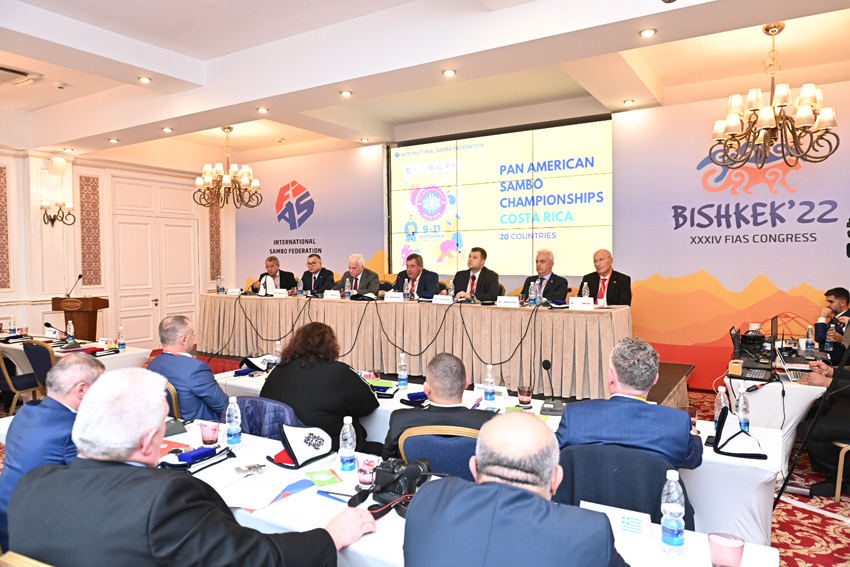 Then the FIAS head dwelled on the World Youth, Junior and Cadets Championships, held in Yerevan (Armenia) from 14 to 16 October. “For the first time in the history of FIAS at the World Youth and Junior Championships, Combat SAMBO matches among juniors were added to the competitions in Sport SAMBO, which became a real decoration of the tournament,” Shestakov emphasized. – I want to thank the SAMBO Federation of Armenia for the brilliant organization of such a major tournament and personally its President Mikael Hayrapetyan. This year, the National Federation of Armenia has made a serious bid to regularly hold high-level tournaments on its territory.” 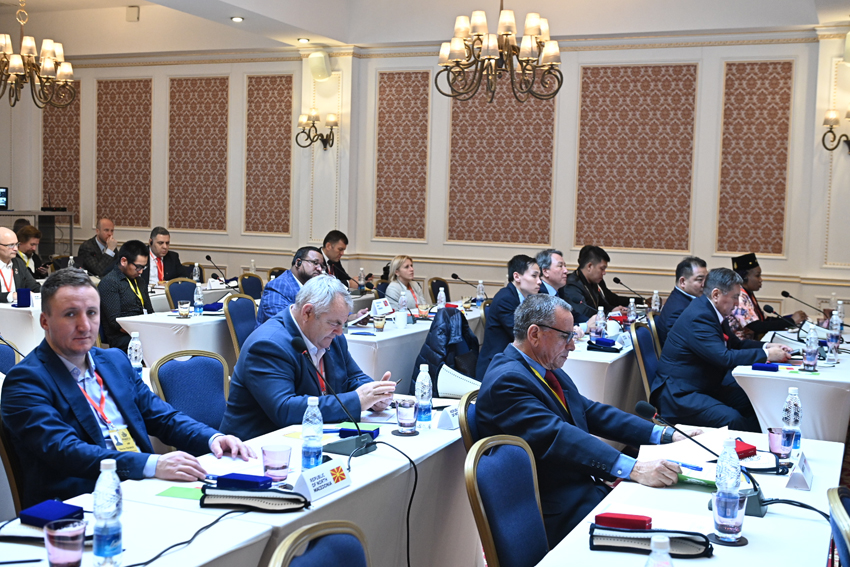 Speaking about the World Beach SAMBO Championships held on August 27-28 in Bat-Yam (Israel), the FIAS leader noted that this tournament had become a real sports holiday for the residents of Bat-Yam and SAMBO lovers around the world who watched the fights live. “I would like to express my gratitude to the Israeli SAMBO Federation, which ensured the holding of the tournament at a high organizational level,” the FIAS leader concluded. 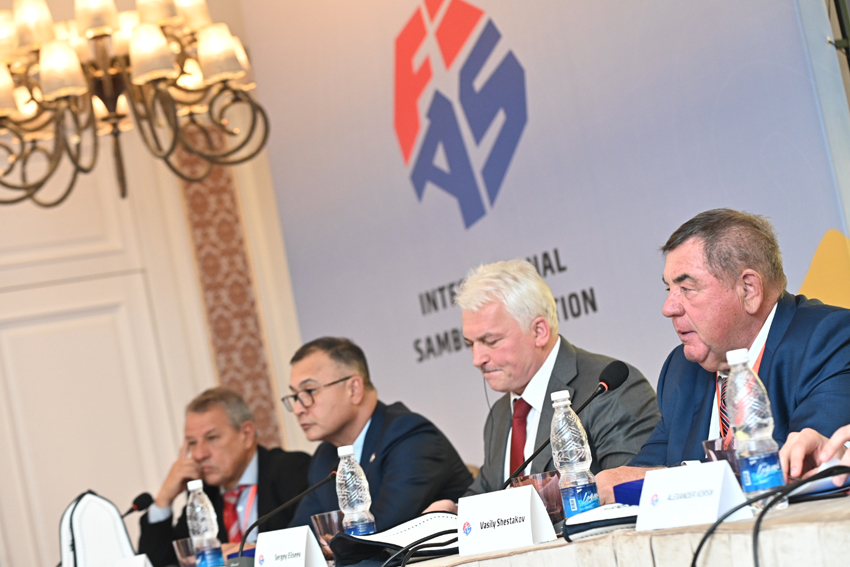 Then Vasily Shestakov dwelled separately on the FIAS Qualification System, drawing the attention of the presidents of national and continental federations to its more active implementation on the ground. 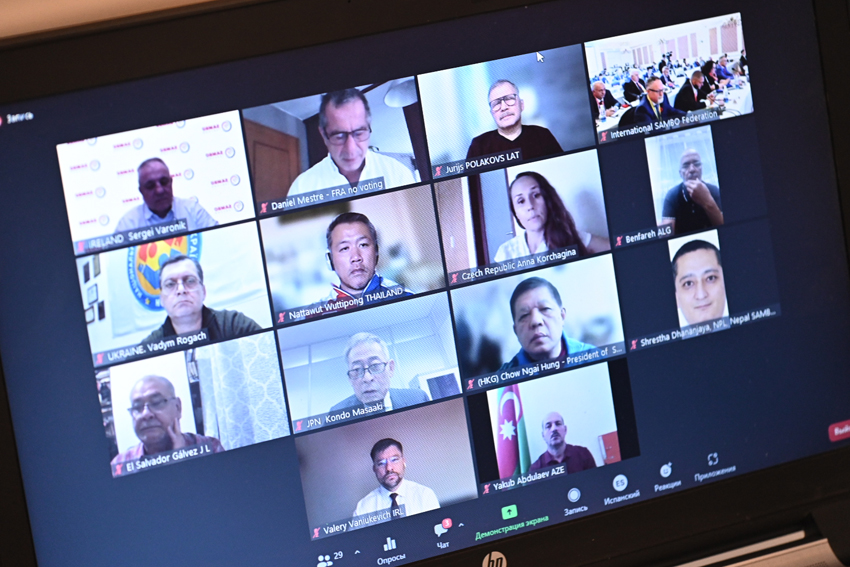 The FIAS leader also informed the delegates about the completion in September this year of the long-awaited construction of the International SAMBO Center, which will become a home for sambists from all over the world. 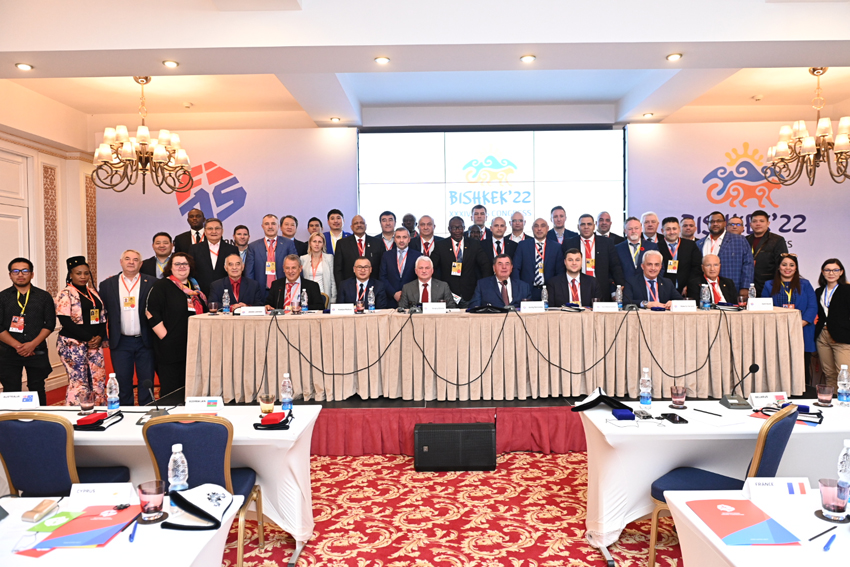 In the final part, the participants listened to the report of the FIAS commissions, and also discussed other topical issues facing the International SAMBO Federation.

[Photogallery] XXXIV Congress of the International SAMBO Federation - Bishkek 2022
Tags:
Share
News on the topic
Blog
Recent photos
Latest news
Recent videos
Latest news
Follow latest news You are subscribed!
Thank you! Your confirmation email has been sent to your email.
This website uses cookies to ensure you get the best experience on our website More info Got it!